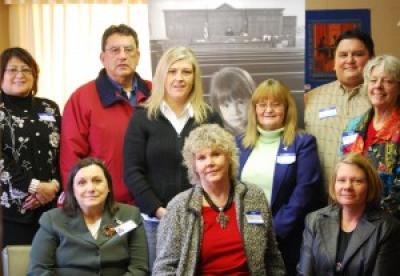 A national organization which trains volunteers to be advocates for abused and neglected children in court has established an Osage County office and is seeking volunteers to work with local children.

Court Appointed Special Advocates (also known as CASA) is a nonprofit with a Pawnee County office where it handles tribal and county court cases involving children and will now work with children in the Osage County District Court system. Osage County’s CASA office is in the First National Bank building at 100 W. Main in Pawhuska.

“We are in dire need of volunteers – both men and women,” said Helen Norris who is the CASA project director in Pawnee County. The volunteers, who are referred to as CASAs, would work with children up to age 18 and are responsible for gathering information for court cases that decide what is in the best interest of the children involved.

Norris said CASA is especially interested in volunteers who are Native American who will work with Native children involved in “the most complicated cases.”

“These children have been abused and neglected,” which could include cases involving drugs or drug busts, Norris said. Cases could involve other concerns such as Native children not enrolled with their tribe and children with missing family members, she said.

So far, there are four CASAs in Osage County who are undergoing training, Norris said. Those four will be sworn in as CASAs at the Osage County Courthouse in Pawhuska on Jan. 6, she said.

Osage tribal member Cameron Pratt is one of the CASAs in volunteer training.

“It’s something I’ve always wanted to do,” Pratt, an instructor with the Nation’s Language Program, said of volunteering. The CASA volunteer hours are flexible to accommodate the workers’ schedules.

CASA volunteers must be at least 21 years old, have good communication skills, provide references and pass criminal background checks, Norris said. CASA volunteers get at least 30 hours of training plus 10 more training hours on tribal and cultural issues, she said.

The Osage County CASAs will only be involved in county court cases, Norris said. CASA and Osage Nation officials would need to work on a plan to allow the program to be involved with tribal court cases, she said.

Other northeastern Oklahoma CASA offices are in Ponca City, which covers Kay and Noble counties, and Tulsa.

CASA in Pawhuska can be reached at (918) 287-4120 or e-mail at helen@pawneecasa.org. The national CASA Web site is at www.casaforchildren.org.