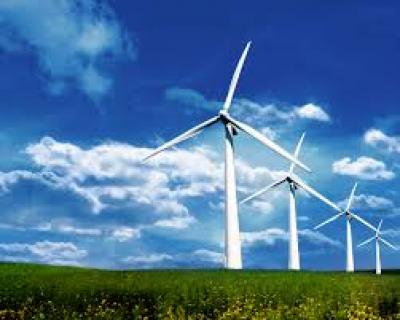 The Osage Nation is considering whether to fund a project to repair Coon Creek Bridge, located a few miles southeast of Wah-Sha-She State Park. The funding may hinge on whether the county is willing to join the Nation in opposing federal eagle kill permits to the wind industry.

The Coon Creek Bridge Project is estimated to cost $1,095,350, and according to a memorandum of agreement signed by Osage County Commissioners on Aug. 12, the Nation will pay 80 percent of that cost (roughly $900,000).

Raymond Lasley, executive adviser of programs for the Nation, said the Nation is in the process of submitting an application for federal funding for the bridge project. If awarded, Principal Chief John Red Eagle will consider whether it is in the Nation’s best interest to sign the MOA. Lasley said the county has not been very supportive of the Nation’s fight to stop Wind Capital Group from building its 94-turbine wind farm.

According to The Bigheart Times, Osage Wind, Wind Capital Group’s project, has long been planned in the Burbank area and paid its $165,400 permit fee this month, setting in motion the actual construction of the facility.

“It may not be in our best interest to provide money to the opposition to those in favor of the wind farm. We are making the county aware that we are doing a lot of the roads money, and (the county) needs to work with us on some of these things in the future,” Lasley said. “There are no guarantees the chief will sign the MOA.”

Since 2009, the Osage Nation has wholly funded or helped fund 13 road and bridge projects for a total of $36,367,403.91, which accounts for construction costs paid by the Nation, according to data from the Nation’s Roads Department. The figure does not reflect the cost of any pre-construction costs or administrative costs.

According to the MOA, the Nation will be responsible for acquiring the construction bids and awarding the contract for construction. The county will pay the remaining 20 percent and be responsible for all costs associated with environmental assessments, archeological clearances, surveys and design, and requiring right-of-way acquisitions and utility locations, no matter if it is private or trust land, according to the MOA. After the bridge is complete the county will assume full responsibility “for the maintenance, upkeep and repair” of the bridge and roadway.

The wind farm battle has been a long and contentious one fought by both the Osage Minerals Council and the Osage Nation. OMC Chairman Andrew Yates said in an Aug. 16 meeting the OMC has spent $361,000 on legal fees in the case.

Recently, the National Congress of American Indians (NCAI) joined the Nation in opposing federal actions to permit eagle kills caused by wind industry development. The permits allow the killing of eagles on tribal lands without regard for tribal cultural interests and authority, according to a press release.

NCAI passed a resolution at their mid-year conference that stated, “authorizing the wind energy project to kill eagles in Osage Nation territory absent the tribe’s consent would set a dangerous precedent that will limit the ability of all tribes in the U.S. to protect their cultural resources.” If the kill eagle permits are granted, it could have a far-reaching effect toward the protection of Indian sites and Native culture altogether.

“We are honored to receive such resounding support from NCAI and the entire tribal community on this issue of vital importance to tribal governments’ abilities to protect their cultural symbols and sites,” Chief Red Eagle said. “We understand the importance of expanding renewable energy infrastructure, but this expansion should occur in areas that do not result in the death of so many eagles and the destruction of sacred areas.”

To date, the federal government has never authorized a wind energy project to kill bald eagles, but is considering authorizing Wind Capital’s Osage Wind project the right to kill up to 120 bald eagles. The government is also proposing to extend the term of eagle kill permits from five to 30 years, and has rebuffed requests from Indian Country for consultation on this extreme policy change, according to a prepared release.

“Bald and golden eagles are vitally important to our people because of their cultural and spiritual significance,” said Chief Red Eagle. “These wind turbines are massive structures at 240 to 300 feet tall with huge blades that rotate over 100 miles per hour. This is the first phase of this industrial-size wind development and it is likely to be followed by additional projects in Osage County.”