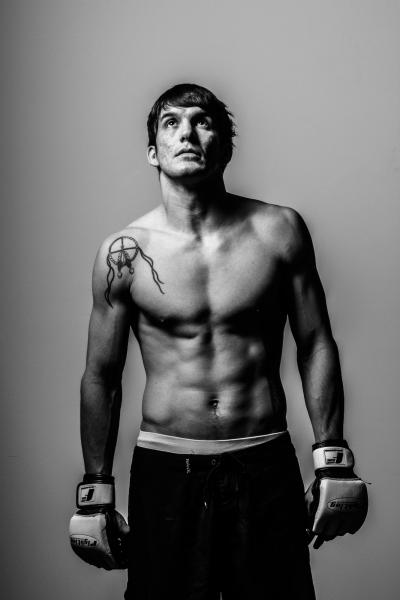 Osage Casinos has denied sponsoring Rencountre, the first Osage professional Mixed Martial Arts Fighter in the tribe, and he’s angry about it. So angry that he took to Facebook to air his grievances and left many Osages wondering why he was denied?

“We were open, we were fair, there was a process and we denied him,” said Neil Cornelius, Osage Casinos CEO. “He is welcome to do it again (reapply), we’ll do the same process, if he does meet the criteria, we’ll support him.”

According to Rencountre, Osage Casinos sent him a letter denying his sponsorship request Sept. 17 because his fights were not in key market areas in Oklahoma that match with Osage Casinos guest demographics and key interests.

Cornelius said that was true.

“Yes, we have a whole criteria we use for sponsorships. It is meant to promote our members,” Cornelius said. “It is meant for visibility, drive others to our business. He lives, works and trains in California. And doesn’t provide what others in this area would.”

Rencountre said he has asked the casino twice for a sponsorship. He said he first asked for an Osage Casinos sponsorship when he was still an amateur in 2012. He applied with the help of family and friends and was denied for not having a Tax ID number. Casino officials deny this. They said Rencountre has only officially applied once.

After the first alleged denial, he got organized. He got his manager to put together a tribal sponsorship package and listed his stats, training camps, branding opportunities, the cost he pays for coaches, food and fights, and demographics of MMA audiences.

“I wasn’t asking for $40,000!! Wow, I just want help when I have fights so I can get a good training camp in!” he said. “And why do they look at it so negative? I’m promoting our casinos!! How could it get any better? They simply asked what I would use the money for.”

The Osage News asked casino officials if they could have negotiated a lower sponsorship price, for maybe $5,000, and Cornelius said no because Rencountre had requested $40,000.

Rencountre said he was asked for a schedule of fights for the year and he couldn’t provide one.

“That’s not how it works at this level. I took my last fight with four days notice. It’s unpredictable. Opponents back out, people get injured; it’s almost impossible to know when you’re going to fight next,” he said. “I’m kind of a small fighter right now, working myself up. If I got into the UFC (Ultimate Fighting Championship) then I would have a set time, a set schedule.”

This lack of organization played a role into the casinos decision as well, casino officials said. Looking at the situation from a financial standpoint and as a marketing function of the casino, the marketing team has to know whether an event is going to happen for example 12 times or 10 times, so they can gauge the percentage of people that will be reached and so on.

Rencountre fights next Oct. 12 at the Otoe-Missouria Tribe’s First Council Casino Hotel in Newkirk, roughly 20 miles from Osage Casinos Ponca City location. But, casino officials said they didn’t know his fight was in Newkirk until Rencountre posted it on Facebook.

According to Rencountre’s Tribal Sponsorship Package:

·      He is the First Native American College All American in wrestling
·      He is the First Native American Academic All American in wrestling
·      Undefeated in his amateur career
·      Undefeated in his pro career
·      Trains at the one of the top MMA gyms in the country, Alliance MMA in Chula Vista, Calif.
·      If awarded, he would mention Osage Casinos and thank the Osage Nation in all interviews and wear their logo on his shorts and banner for all fights

The Osage News asked for a list of sponsorships the Osage Casinos has given out during the period of 2009-present. Cornelius said he could not give out that information because it is confidential and proprietary. Osage officials also said that certain sponsors require nondisclosure.

He fought on National television Aug. 30 in the Titan 26 match in Kansas City.Osages had watch parties and congratulated him online after the fight.

His Facebook post about his disappointment with Osage Casinos received 55 “likes” and 40 comments as of Sept 18 at 10 p.m. Those commenting included ex-Osage officials and a current member of the Third Osage Nation Congress. A repeating theme in the Facebook thread was disappointment that Osage Casinos wouldn’t sponsor an Osage but they would sponsor non-Osage events and non-Osages, in particular Rod Hartness.

The Osage Nation Chiefs Office has given him $2,000 in donations, according to Rencountre. Local Osage businesses are sponsoring him, such as Buffalo Nickel Creative, The Cedar Chest and Blue Star Studios.

“Chance came to me saying he wanted to give the community first crack at sponsoring him. He had other folks, not from here, willing to be sponsors but he wanted to put his people first,” said Ryan Red Corn, owner of Buffalo Nickel Creative. “So I had no problem donating money and services from Buffalo Nickel Creative, because he's one of our own and I want to see him succeed. We have sponsored youth basketball teams and even Ben Cottingham (Osage boxer) when he tried out for the Olympics, so this seemed like a no brainer. I don't think we can go wrong encouraging and supporting our people who show an interest in athletics.”