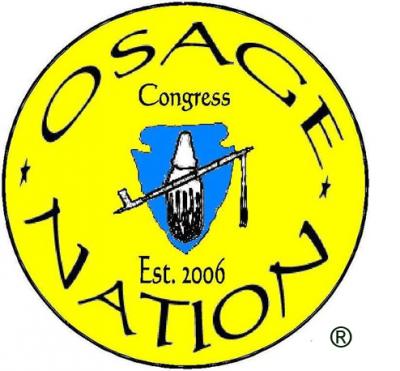 With the 2013 Tzi-Zho Session in its final week, the Third Osage Nation Congress has nearly $4 million in spending cuts to consider before passing the 2014 fiscal year budgets.

According to the appropriations committee, some of the following recommendations for reduced spending are:

·      Reduce the Office of Principal Chief’s budget from $2,182,415 to just over $2 million. During budget meetings, the Executive Branch informed the Congressional committees that one appointed position is being eliminated which reduces costs in salary, benefits and indirect costs to the budget. As a result, the director of operations position will be removed, but one additional division leader position will be created in the FY 2014 budget.

·      The director of operations position, currently held by Ted Moore, will cease and Moore will move into the new division leader position, which will oversee the Nation’s Division of Land, Commerce and Public Safety, according to committee meeting discussions. According to the executive branch divisions budget (ONCA 13-90), the Division of Land, Commerce and Public Safety includes the ON departments for emergency management, election office, Environmental and Natural Resources, law enforcement, Tax Commission and roads.

·      The $2.4 million Legislative Branch budget will slightly reduce with the elimination of one vacant Congressional staff position. This branch’s budget also includes the Office of Fiscal Performance and Review, which was not affected.

·      The committee is recommending a bill (ONCA 13-17 sponsored by William “Kugee” Supernaw) to relocate the Hominy Fitness Center be tabled to subsequent session. The bill requests $40,000 to move the facility to a larger location.

·      ONCA 13-26 (sponsored by Congresswoman Alice Buffalohead) is a bill to provide $150,000 to the ON Home Health department to establish hospice services. The committee also recommends tabling the bill.

·      ONCA 13-36 (sponsored by Congresswoman Shannon Edwards) is a bill creating a home loan and down payment assistance program available to all Osages living in the United States or its territories. The appropriations committee recommends reducing the bill’s $500,000 request to start the program to $100,000.

·      ONCA 13-81 (Edwards) requests $2,000 for the Nation’s regional gathering fund. The committee recommends no appropriation for the bill after learning the fund still has sufficient funding for FY 2014.

·      ONCA 13-72 (Congressman RJ Walker) is intended to provide a Targeted Services Support grant program within the Osage Nation boundaries where first response entities including rural volunteer fire departments and emergency medical service providers could apply for the grant funds. The bill requests $275,000 for the grant program, but the appropriations committee is recommending the bill be tabled to a subsequent session.

·      ONCA 13-33 (Walker) is an appropriation bill requesting $150,000 for the Nation’s community matching grant program geared at entities within the Osage Nation who request the grant funding to build facilities promoting active lifestyles and community growth. The committee is recommending the bill be tabled.

The recommendations are not mandated by law and the legislative items could be revisited in committee meetings before session wraps.