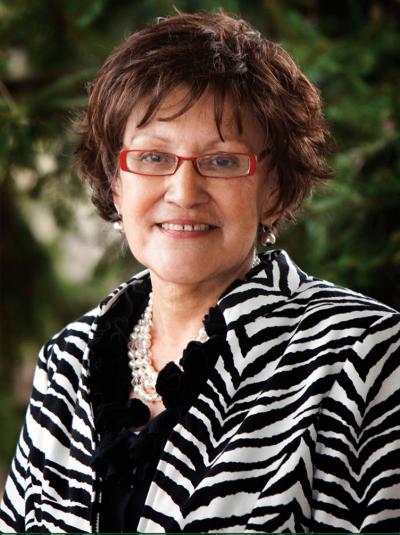 The June 2 Osage Nation general election results in the Fourth ON Congressional race will stand after a hand recount of ballots resulted in the same vote counts for candidate Cecelia Tallchief.

On June 13, the ON Election Board and office staff conducted the hand recount after Tallchief filed a recount request and paid the required $500 bond. Tallchief finished seventh – just 16 votes shy of the sixth and final Congressional seat up for grabs in this year’s general election.

According to the Election Board, the recount commenced at 9:30 a.m. that day and ended at 3:56 p.m. Board members Shannon Lockett, Terry Hazen, Walter Hopper and two Election Office staffers conducted the recount, which was closed to the public.

At the invitation of the election board, Tallchief observed the recount along with two representatives of her choosing.

Once the recount was finished, the election board voted to certify the Congressional race results from the June 2 election. Tallchief finished seventh with 698 votes and sixth place finisher Angela M. Pratt received 714 votes.

Tallchief said she requested the recount after receiving encouragement from friends and relatives. She also said: “I strongly believe that Osage Nation candidates and citizens should be confident in the outcomes of our democratic election processes. A recount of Osage people's votes for Congress should settle this question.”

In the beginning, the Election Board said it would recount all votes cast in the 21-candidate Congressional race. But the board later decided to narrow the recount scope to only votes cast for Tallchief.

In a June 13 statement regarding the recount, Election Board Chairwoman Shannon Lockett said: “After further deliberation on this recount, it became apparent that only Cecelia Tallchief's votes were eligible for recount. She is the only candidate that has filed a petition for recount and paid the required $500 fee. In addition, any votes that may have been picked up or lost by candidate Tallchief would not result in a loss or gain of votes to other candidates, as it would in a race where voters can only vote for one candidate. Therefore, the recount conducted today focused exclusively on votes for Cecelia Tallchief.”

After the recount, Tallchief said: “I would like to commend the election board on their accurate count … I am very proud of the system used. Every ballot was counted and the total was exactly the same as Election Day.”

This was the first time in the Osage reformed government's history that a ballot recount was conducted for an ON Congressional race.

The last time a ballot recount took place was during the 2010 election when then-Assistant Principal Chief candidate Everett Waller requested a recount. Lockett said the results in Waller's recount turned up 100 percent the same as those reported by TrueBallot, the contracted company hired for that election as well as the 2012 and this year's elections.

According to the Nation's election code, only a candidate may challenge the results of the election race in which he or she ran for office. The candidate must pay a $500 bond along in requesting a recount.