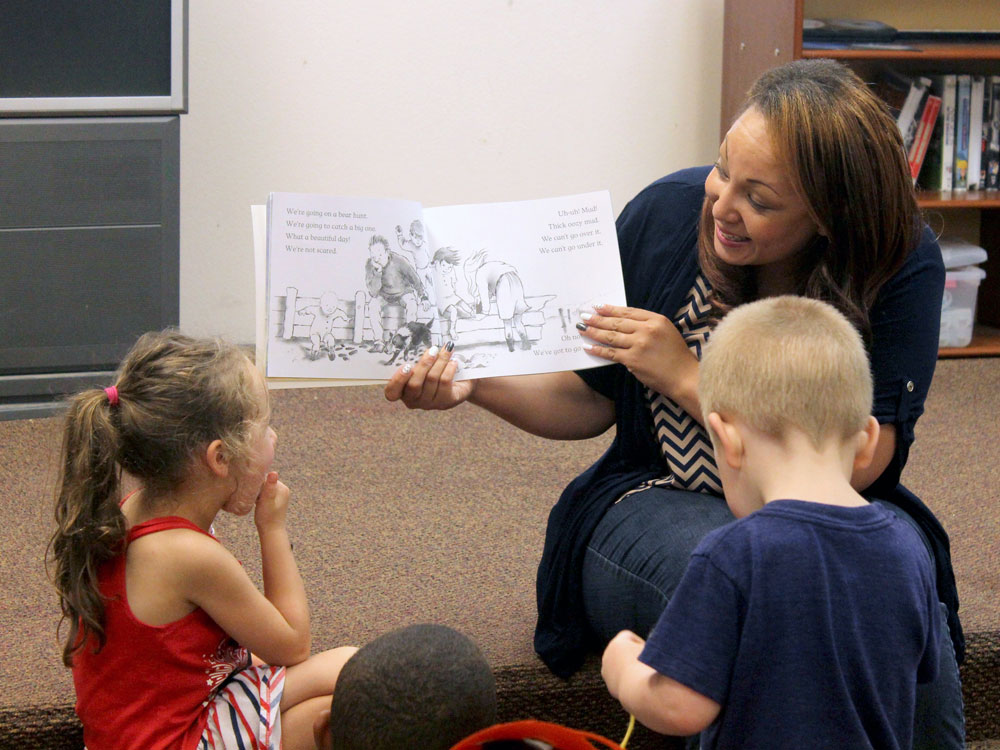 The Osage Nation Child Care hosted a Learn to Love Literacy book reading at the Wah-Zha-Zhi Youth Academy in Pawhuska and about 20 children attended.

“I thought it was great, we had lots of participants and with the food and the special guest, from what I can tell, everyone had a great evening,” said Debra Atterberry, Principal Chief Geoffrey Standing Bear’s senior advisor, who also oversees the Nation’s education initiatives.

The book featured was “Going On A Bear Hunt,” byMichael Rosen and Helen Oxenbury.

The book was about a family going outside on a pretend bear hunt and then later finding a real bear and running home to hide. Kendra Jones, resource specialist for the child care department, read the book to the kids.

“[The book] was good, all of it was good I can’t choose a favorite part,” said Shae Bellamy age 9.

The evening started with a light meal of a sandwich and pickles and macaroni and cheese with dessert, catered by Ah-Tha-Tse Catering. The children drank from juice boxes and snacked while enjoying the story. The first ten children received a Berenstein Bear gift box.

After the book reading the children were allowed to watch the animated version and a special appearance was made by a brown bear. The bear came to greet the children and take photos with them. The evening concluded with the girls getting a Disney Fairies book and the boys receiving a Disney Cars book to take home.

Learn to Love Literacy will have more events in Pawhuska, Barnsdall, Fairfax and Hominy to reach out to kids. The next event is scheduled to be in Fairfax at the end of August. The exact date will be announced closer to the event.