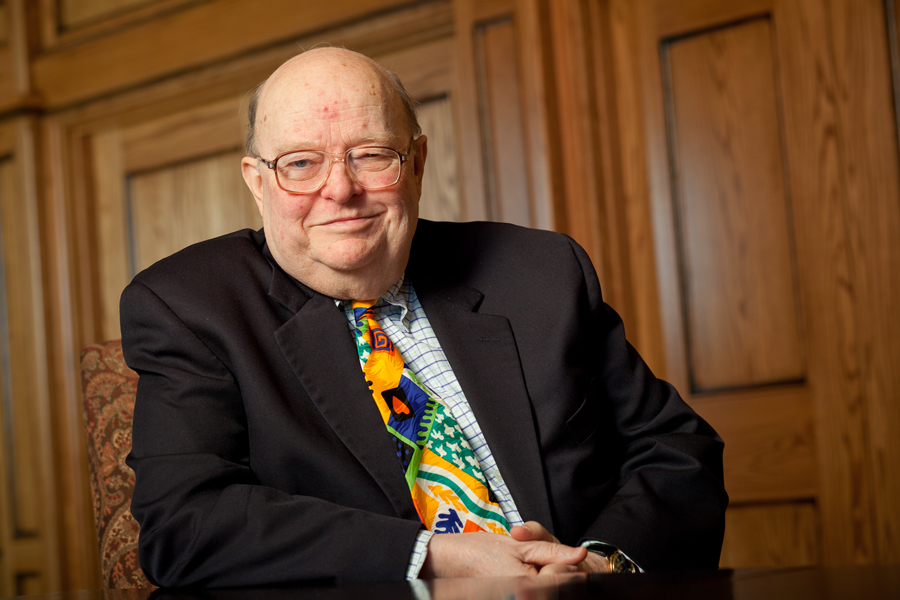 Osage and Cherokee author and scholar, Rennard Strickland, won this year’s Arrell Gibson Lifetime Achievement Award from the Oklahoma Center for the Book.

The award is given annually and is the center’s highest honor. It’s given to an author for their body of literary work.

Strickland is currently a Senior Scholar in Residence at the University of Oklahoma College of Law. Throughout his career he has served as a law professor, law school dean, author, art collector, legal historian, and an authority on Native American law, according to his profile on the OU college of law website.

His past honors include SALT Outstanding Teaching and Contribution to Law Reform Award in 1978, Spirit of Excellence Award from the American Bar Association Commission on Minorities in the Profession in 1997. He’s edited or written more than 35 books on Indian law, history and culture, according to the OCB’s website. He served as editor-in-chief of Felix S. Cohen’s Handbook of Federal Indian Law.

According to the OCB website, Strickland was born in 1940 in Muskogee. After graduating from Northeastern State College in Tahlequah, he earned a M.A. from the University of Arkansas, and a J.D. and a S.J.D. from the University of Virginia. He has served as dean to more than 20 universities. He has taught at the University of Tulsa, Oklahoma City University, OU, where he was founding director of the American Indian Law and Policy Center in the 1990s.

For more information on Strickland, visit the Oklahoma Center for the Book website at: http://www.odl.state.ok.us/ocb/pastgib.htm