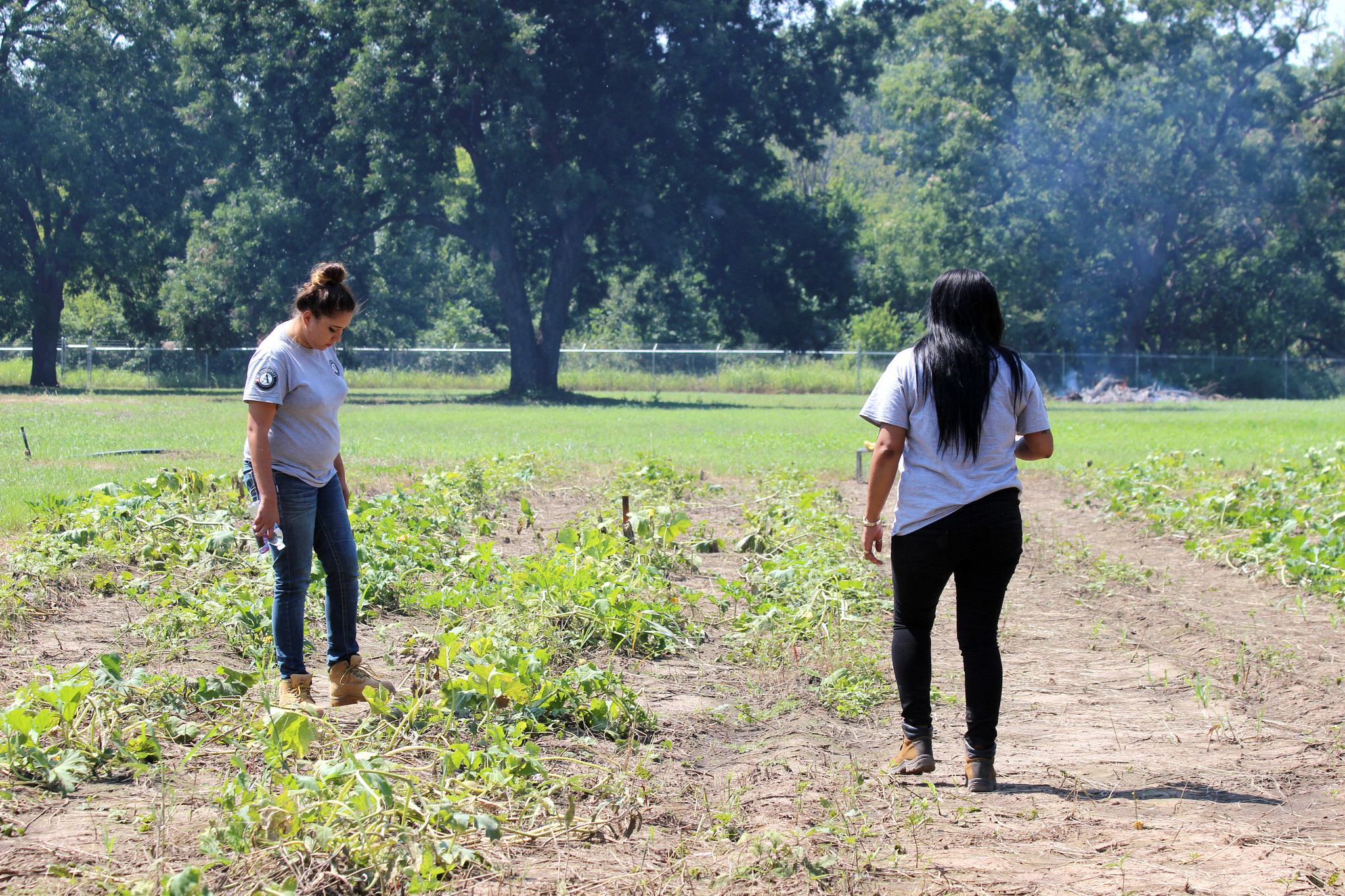 The workers of Communities of Excellence and AmeriCorps are working hard trying to rid the Bird Creek Farm’s Pumpkin patch of animals that are eating the crops, as well as the never ending Johnson grass that is overtaking the garden.

With the animals and Johnson grass being a constant nuisance the weather is also a factor in the growth of the Pumpkin patch.

“The pumpkin patch that has been planted is mainly for the Osage Nation Head Start kids and the WELA kids, whatever is left after the kids get their pumpkins will be open to the public,” said Gail Boe, director of the Communities of Excellence.

This is the first year for the garden and there are hopes that the pumpkin patch will produce enough pumpkins to allow each child to take a pumpkin home with them, she said.

Animals have been eating the pumpkins as fast as they are growing, so after adding new fencing they are optimistic the pumpkin patch will flourish after planting in the enclosed area. There should be a whole new batch of pumpkins by November, she said. Another factor is there is not an efficient irrigation system yet and Bobby Tallchief, ON Emergency Management director, waters the pumpkins when he can.

“This ground hasn’t been farmed in decades,” Boe said. “We have added chicken compost as well as mushroom compost to recondition the ground for gardening.

Preparing the ground for gardening has been a process of getting the grounds pH levels balanced enough to allow growth.”

According to the Colorado State University Extension website, soil pH is the measurement of acidity or alkalinity in the soil and vital for plant growth. Plants differ in how much acidity they can tolerate and plants such as blueberries, azaleas and rhododendrons are acid-loving plants, whereas cucumbers, dill, corn and cauliflower require a low pH level.

Boe said the pecan trees at Bird Creek Farms are flourishing and a date will be announced for picking pecans when the time nears. It will be before the holidays start.

There are 20 AmeriCorps employees working diligently on the farm and the WahZhaZhi Eco Park, which recently received a $1.2 million grant from the Corporation for National and Community Service.

“We are excited about the progression as it begins to take form into the vision and plans we had set out to achieve,” Boe said. “We are constantly making sure our workers morale is up because they are really doing hard manual labor.”

The workers are pulling Johnson grass, watering crops, and piling brush to be burned on a daily basis.  They are constantly busy because something always needs to be done in the garden, she said.