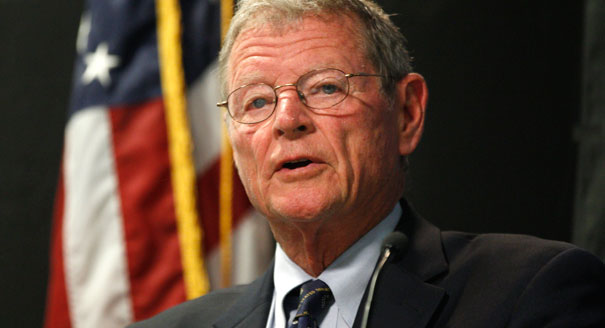 Standing Bear on status of Mineral Estate: ‘Pandora’s box has been opened’

The possible legislation would give the regulation and compliance duties of the Bureau of Indian Affairs to the Oklahoma Corporation Commission, effectively ending federal oversight the BIA performs. The move would rid oil producers of any federal oversight or NEPA requirements to drill in Osage County.

Standing Bear said he met in Bartlesville with four members of Inhofe and Lankford’s staffs in a scheduled meeting that took place for three hours at Sterling’s Grille on the evening of Aug. 24. He said the meeting was “strange” but he did not feel threatened and was reassured by Lankford’s legislative assistant Derek Osborn, that whatever legislation was filed the Osage Nation’s sovereignty would be protected.

“Pandora’s box has been opened and forces are in motion,” Standing Bear said to the minerals council. “The relationship between the Bureau of Indian Affairs and this Osage Nation has changed – and it’s still changing. We need to work together, if we’re going to have a say-so of what our future is going to be, there’s no question.”

According to Minerals Councilwoman Stephanie Erwin, Inhofe and Lankford’s staff members visited the OMC office unscheduled and Councilwoman Cynthia Boone was also there at the time of the visit. Councilman Talee Redcorn said he needed to go to the office to check his email and return some calls when he walked in on the meeting.

He said he became “very alarmed” by the issues being discussed in the meeting. He asked Chairman Everett Waller to call a Special Meeting for Aug. 31 and invited Chief Standing Bear and staff. He originally wanted the discussions to be in Executive Session but the majority of the council voted for the discussion to be open.

Redcorn said the senators’ staff members were discussing the process of Tribal Energy Resource Agreements (TERA) and asked if the minerals council would approve of the process. Boone and Erwin both said they did not approve of TERA and Erwin said she did not think Inhofe was a friend to the Osage.

“To expect non-Indians to support tribal trust isn’t going to happen … In my lifetime all of them want to end tribal trust.”

Standing Bear said he was told Sen. John Barrasso (R-Wyo.), chairman of the Senate Committee on Indian Affairs, was working on amendments to existing TERA legislation. He said this was the time for senators to be working on any amendments they would propose and Lankford sat on the committee with Barrasso.

“They (senators’ staff members) talked about TERA and how long it will take to implement,” Standing Bear said of his meeting. “It actually allows the OMC to conduct operations, the amendments are not yet complete.”

According to the BIA’s website, TERA agreements provide tribes with the option of entering into energy-related business agreements and leases, and for granting rights-of-way for pipelines, electric transmissions, and distribution lines without the review and approval of the Secretary of Interior for each proposed project.

OMC Chairman Everett Waller said they were first approached with the concept of TERA in 1995 when the late-George Tallchief was President of the Osage National Council. He said there isn’t a single tribe in the United States that has a TERA agreement.

“I would like the Osage Nation to help us with the legacy of the Osage headright holders. Because I think we’re in a situation now where the talking is over,” Redcorn said. “I think it’s time to act and we’re going to have to do something, make some strong decisions, to make sure this trust is held for the future of the Osage.”