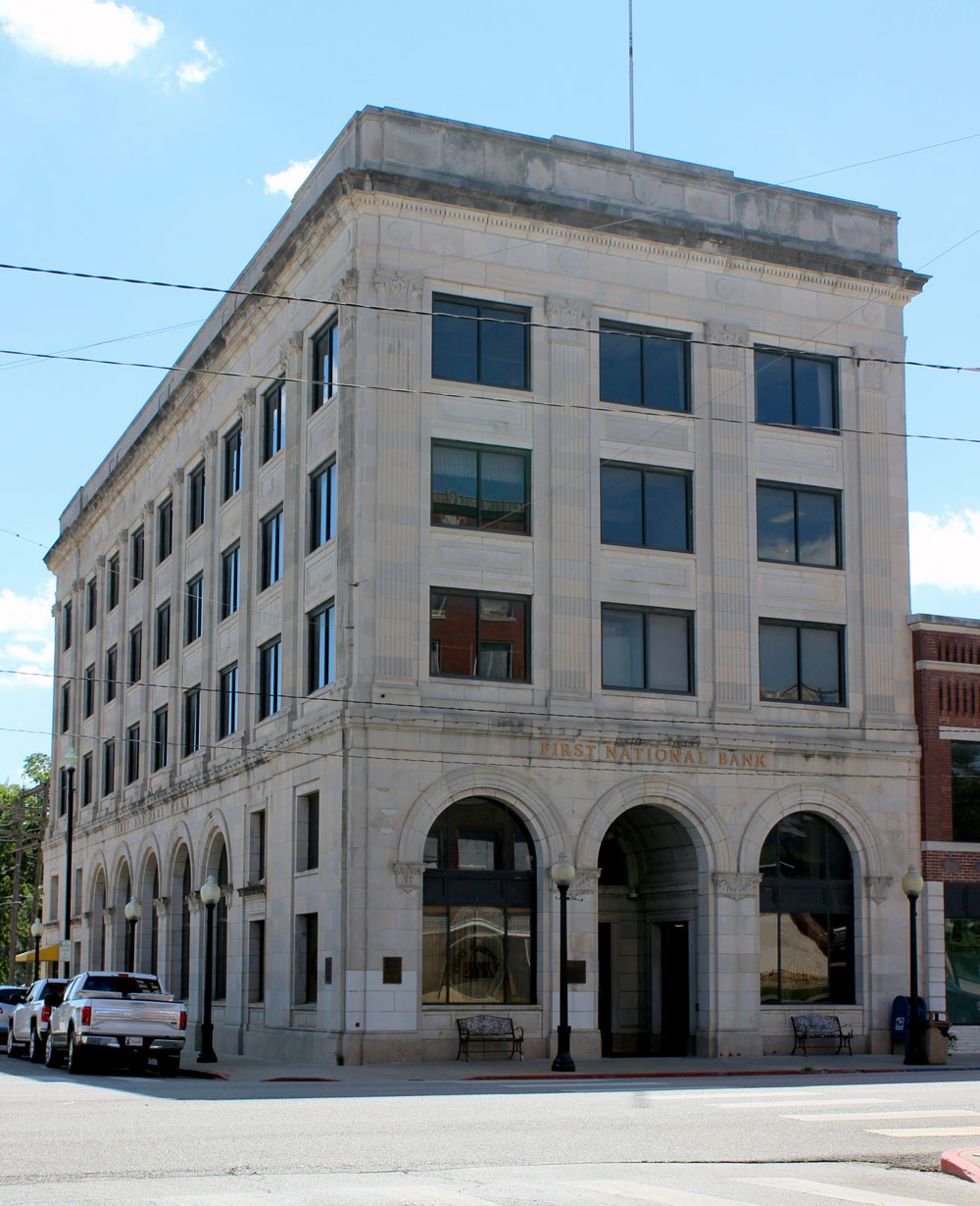 A building that’s been synonymous with Osage history – of oilmen, guardians, attorneys, and unscrupulous practices – is now owned by the Osage Nation.

“They were offering it to Shoemake Law Office and other potential purchasers because our economy here is in rough shape, people were just not sure about that investment,” Standing Bear said.

The bank building was available for purchase after AHB bought out First National in late 2014 and announced they would not be keeping the historic building. Since the Nation already rents 99 percent of the second and third floors of the building, and several programs and departments rent office space in downtown Pawhuska and could be moved to the bank building, Standing Bear said the purchase was “a smart move.” The Environmental and Natural Resources Department and the Historic Preservation Office both have offices there.

The Nation had two commercial appraisals done on the building, said Bruce Cass, director of the Tribal Development and Land Acquisition department. The first appraisal came to $280,000 and the second appraisal was for $345,000. Standing Bear said the building was purchased using capital improvement funds.

Constructed in 1927, the bank building is 25,540 square feet, four stories with more than 20 offices, Cass said. The building is also a registered Historic Site in Oklahoma.

The fourth floor of the bank was once used for law offices and the offices located toward the back of the building on the fourth floor will need minor renovations, Cass said.

The two pieces of property that came with the purchase include the old Hernandez Mexican restaurant building by the Black Gold Motel just off of Main Street, and a piece of property surrounding Stoneridge Estates. Standing Bear said the old restaurant will more than likely be demolished and the other property they haven’t decided.

Bank of the Osage

Standing Bear said the Nation does plan to enter into the banking business, just not in Pawhuska.

“I have been in discussions with attorneys in Oklahoma City who represent banks, about the Osage joining and getting into the bank business, buying a position in a bank with professionals,” Standing Bear said. “We would actually be a shareholder but there are price ranges to get in. We’re looking to set up our first bank close to Skiatook, Tulsa, Owasso and Bartlesville.”

Standing Bear said it makes sense for the Osage to be in the banking business since the Nation is already paying large amounts for the ATM machines in the seven Osage Casinos it owns.

“I’ve been working on that for about 10 months, on the banking part and there’s several more months to go before I can present that to our Congress,” he said. “I have no problem with a seven-year cap on the bank building. Our banking will be more in Tulsa, metropolitan areas, and then we’ll come back to Pawhuska after we get on our feet.”