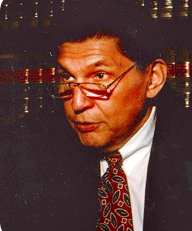 The annual F. Browning Memorial Benefit Golf Scramble has been scheduled for Sept. 25. The tournament will take place at the Firelake Golf Course in Shawnee, Okla.

In 2002, the F. Browning Pipestem Memorial Scholarship Fund was established in honor of the memory of Browning Pipestem, a beloved Osage and Otoe-Missouria attorney who fought on behalf of Native American rights and Native communities on both the local and national scale. He also served as Head Committeeman for the Grayhorse District for many years. He is also the father of attorney Wilson Pipestem, Osage language instructor Veronica Pipestem and singer Rock Pipestem. He was married to the late Sharon Pipestem and they enjoyed many grandchildren, nieces, nephews and friends.

Pipestem was a graduate from the University of Oklahoma College of Law, an active member of the American Indian Alumni Society Board of Directors, according to a prepared release.

According to the release, individuals who want to support the scholarship fund can support it by either playing in the tournament, sponsoring a team, providing raffle items, or giving a monetary donation.