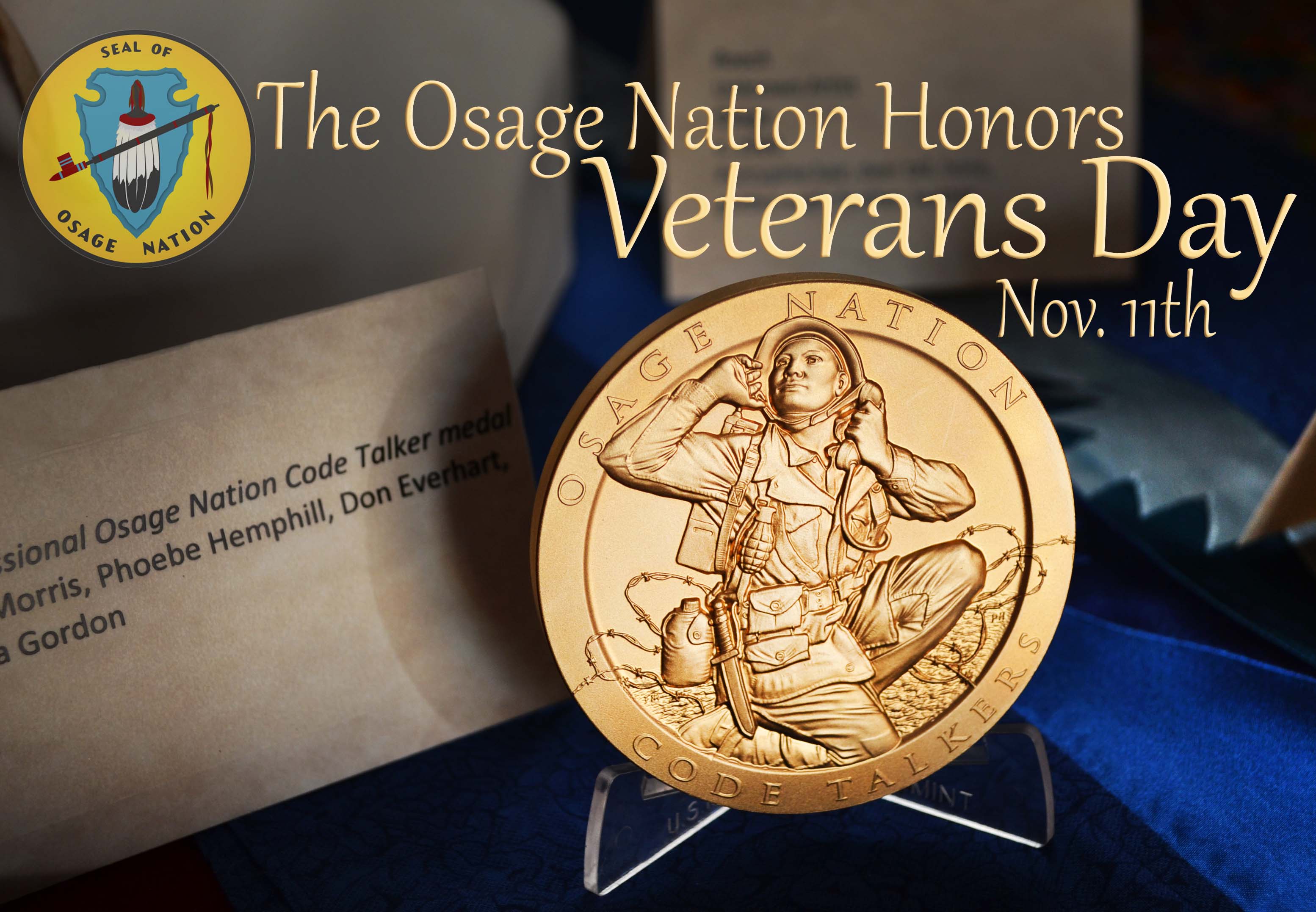 The U.S. Department of Defense has confirmed Augustus Chouteau was an Osage Code Talker in WWI.

The commemorate the honor, the U.S. Mint created a solid silver replica of the Osage Code Talker medal and Principal Chief Geoffrey Standing Bear will present it to Chouteau’s granddaughter, Francis Chouteau Jones, at Friday’s Veterans Day dance at the Wah-Zha-Zhi Cultural Center at 2 p.m.

According to a prepared release, Jones and her family knew all along her grandfather was a Code Talker.

“My grandmother told me that those boys [Osage enlisted] spoke to each other over there in the native language so no one could understand them. It was one of the few things I knew about my grandfather and I made sure to tell all my daughters,” Jones said in the release.

The Veterans Day ceremonies, hosted by the Hominy War Mothers, begins at the cultural center at 11 a.m. with a flag raising, followed by an afternoon program of individual songs at 1 p.m. and a supper break at 5 p.m. The evening program begins at 7 p.m.

The cultural center is located at 1449 West Main Street in Pawhuska.