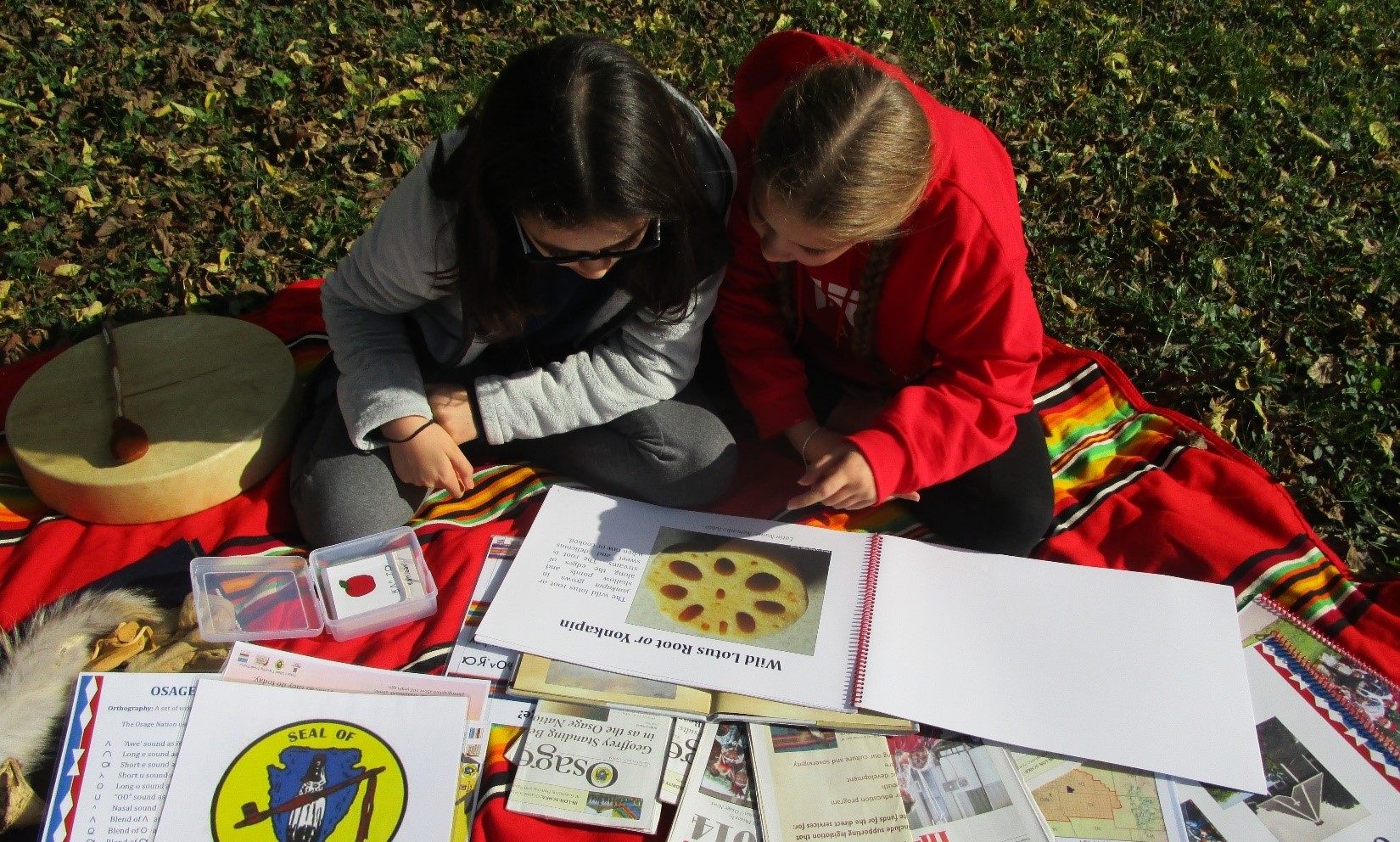 The Osage culture is being presented in Missouri schools in the form of an “Osage Culture Traveling Trunk,” a partnership between the Osage Nation and Missouri State University.

The trunk contains hands-on educational materials appropriate for grades elementary through high school and is aimed at educating students about Missouri’s first inhabitants.

“The Osage Culture Traveling Trunk is a living project, which means the staff of the Osage Nation Historic Preservation Office and Missouri State University will continue to contribute and expand the trunk as it reaches wider audiences,” according to the Osage Nation Historic Preservation Office website. “Many thanks to the diligent students and staff of Missouri State University, as well our other partners who made the trunk a reality.”

Dr. Elizabeth Sobel, a professor at MSU who has also taught two staffers at the ONHPO, helped with the formation of the trunk after one of her graduate students, Megan Scales, came up with the idea in 2009. Sobel said it started out as a plan for an exhibit in an interactive kid’s museum in Springfield, Mo. Scales noticed that other nations from around the world were represented in the museum, but Native Americans were not. Scales decided to make her thesis about what a Native American interactive exhibit would look like.

She reached out to the ONHPO and for nearly a year, Scales and Sobel met with the ONHPO and the Tribal Cultural Advisors (TCA) committee, a board made up of Osage elders from the three districts of Grayhorse, Hominy and Pawhuska. The TCA approved the content selected for the exhibit. Although her thesis was a hit with her professor, the museum didn’t move on it. Sobel felt like they had let the ONHPO staff down.

“To not do anything with the information we had amassed would have been a breach of trust. There isn’t anything available for kids to learn anything about the Osages, the first peoples, from the way Osages would want to be studied,” she said. “I talked to Dr. Andrea Hunter, how about I write a grant, to the Missouri Humanities Council, to create something out of this and make it a Traveling Trunk and make a website.”

The Missouri Humanities Council gave Sobel $2,500 to make a trunk and website and it wasn’t enough. She turned to MSU, the Nation, the History Museum on the Square (a local museum in Springfield) and the National Endowment for the Humanities. At the time, ONHPO NAGPRA Assistant Sarah O’Donnell was one of Sobel’s graduate students and she helped Sobel create the trunk. They reformatted parts of the exhibit so the items could all easily fit in the trunk. Donations were made for the trunk by local Osages that included women’s ribbonwork leggings, yarnwork, instructions for Indian Dice, maps of the Osage Reservation, past and present. They presented the finished product to the TCA.

The History Museum on the Square has had possession of the trunk and they regularly check it out to local school teachers. A second-grade teacher from Holland Elementary in Springfield, Stephanie Roepke, said she wishes the trunk was advertised more because it was a hit with her students.

“My students loved the trunk and they loved getting to hold and see the materials provided,” Roepke said. “It was a great idea to have small versions of the pelts because every kiddo wanted to hold one and there were plenty for each.”

Sobel said it was important to show school-age children in Missouri that Osages aren’t people of the past and they have a rich culture that ties back to their state.

“It seems small in a way, it’s just a trunk with some stuff in it, but it was a lot of work. Just coming to an understanding of what should be in there, what’s appropriate and what isn’t,” Sobel said. “I don’t know if they actually realize that part, of what I would think is significant. This isn’t just something some anthropologist put together, or some hobbyist guy that loves bows and arrows … it was the Osage Nation.”

For more information on the trunk, visit the website at: http://osageculturetravelingtrunk.weebly.com

Contact the History Museum on the Square to borrow the trunk or request a presentation by a museum educator:

Learn more about the History Museum at http://historymuseumonthesquare.org/