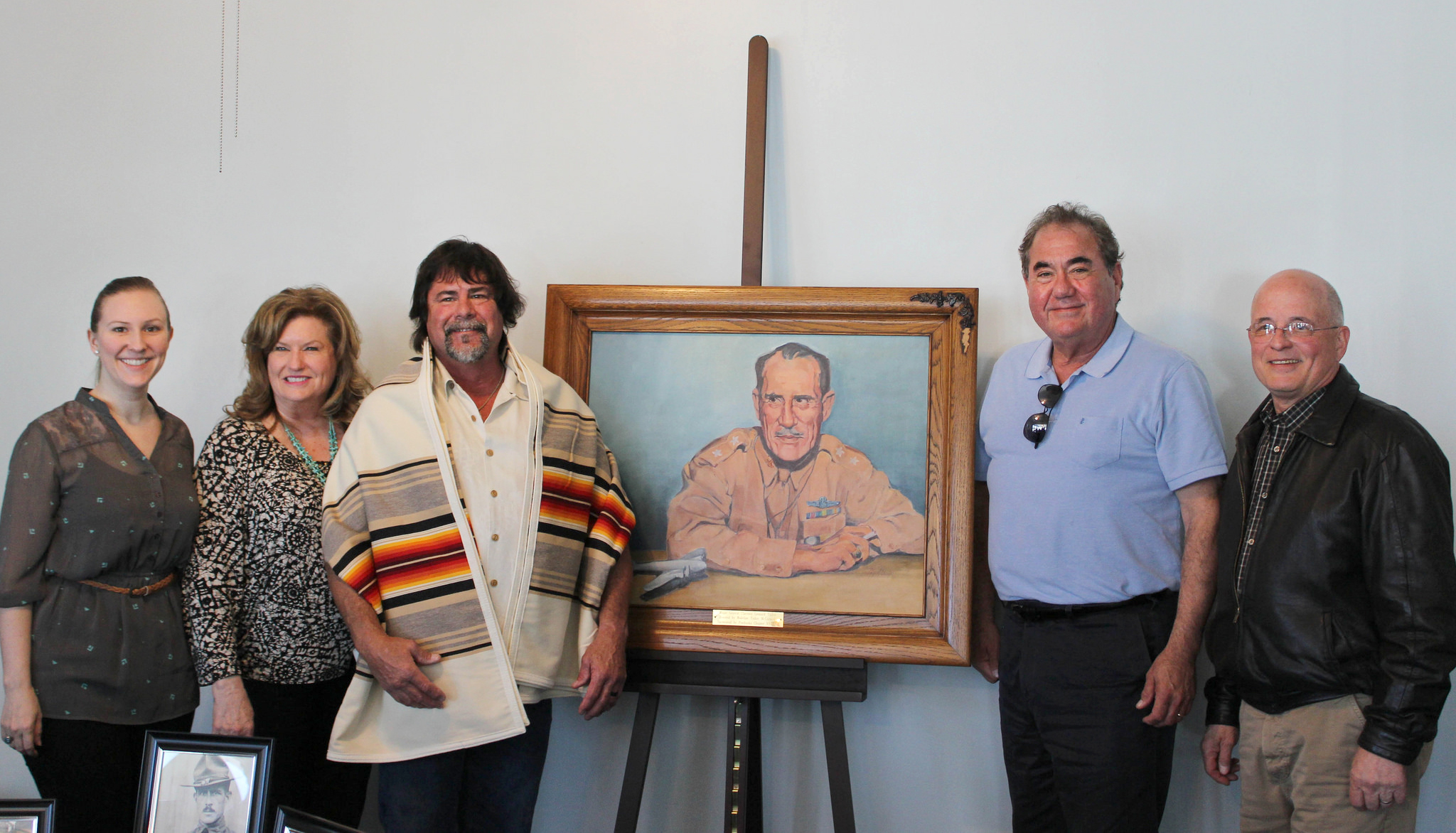 The Osage Nation is commemorating the 75th anniversary of Tinker Air Force Base named after the late Maj. Gen. Clarence Tinker, an Osage born just north of Pawhuska.

On April 8, the ON Office of the Chiefs hosted a reception in the Nation’s Interpretive Center for people to meet Tinker’s grandson Phillip Tinker as part of recognizing the Oklahoma City air base facility named after the Major General who perished in action during World War II.

According to ON information on Maj. Gen. Tinker, he was born on Nov. 21, 1887 to George Edward Tinker and Sarah Anna Schwagerte Tinker. In 1920, Tinker joined the Air Service and served in several military posts including Assistant Military Attaché for Aviation in London (1926), Commandant of the Air Corps Advanced Flying School in Texas and three years in Washington, D.C. as chief of the Aviation Division, National Guard Bureau.

After the December 1941 Japanese attack on Pearl Harbor, Tinker was appointed Commander of the Air Forces in Hawaii to reorganize the air defenses of the island. According to an August 2013 Air Force News Agency article, Tinker died on June 7, 1942 when his B-42 Liberator disappeared through a formation of clouds over the Pacific Ocean during a mission on Wake Island that he chose to personally lead. Neither the plane nor the eight crew members were ever found. Tinker received the Distinguished Service Medal posthumously for leading the mission.

On Oct. 14, 1942, the Oklahoma City Air Depot installation was designated as Tinker Field at the direction of Gen. Henry H. “Hap” Arnold, Commanding General of the Army Air Forces.

As part of Tinker Air Force Base commemoration activities, the 2017 Star Spangled Air Show will be held May 20-21. Standing Bear will be attending the event (free admission to the public) and is inviting Osage children to attend the May 20 air show activities.

For more information on the air show and registration, contact Office of the Chiefs Executive Assistant Melissa Cole at (918) 287-9714 or mcole@osagenation-nsn.gov.