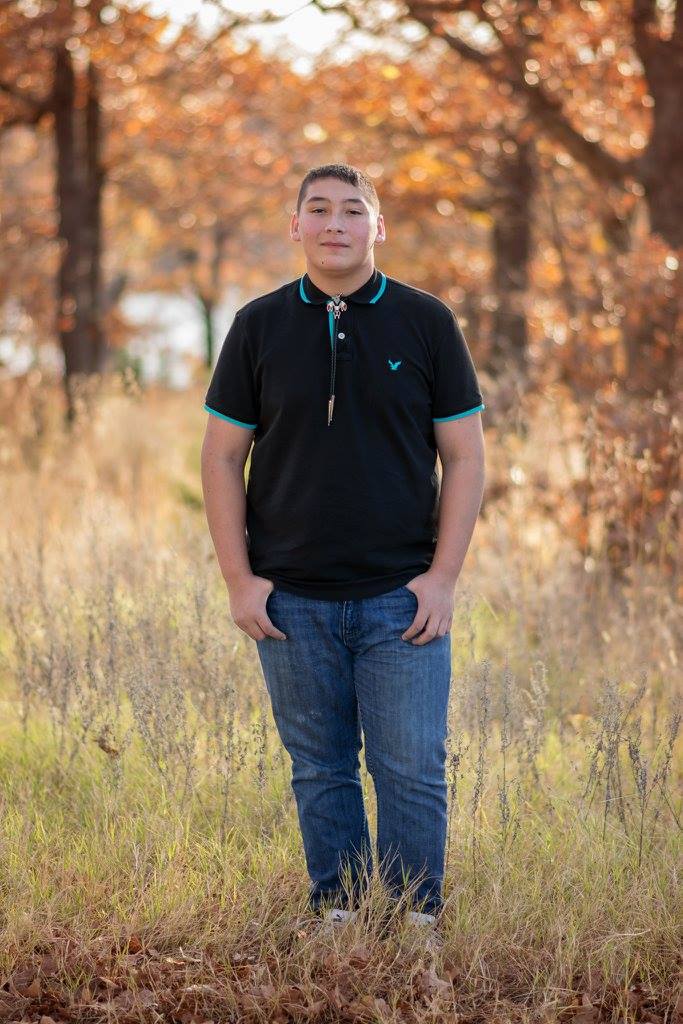 Noah Shadlow, Osage honor student and a Junior at Hominy High School, has been nominated as the Oklahoma Delegate to the Congress of Future Science and Technology Leaders.

The Congress, an honors-only program for high school students passionate about science, technology, engineering or mathematics (STEM), will meet for three days in Lowell, Mass., on June 29 through July 1. The students, who come from across the country, will learn about cutting-edge advances and the future of science and technology.

Shadlow was nominated by Dr. John C. Mather, winner of the Nobel Prize in Physics and the Science Director of the National Academy of Future Scientists and Technologists, for his academic achievement, leadership potential and passion for science and technology, according to a prepared release.

“This is a crucial time in America when we need more nimble-minded and creative scientists and technologists who are even better prepared for a future that is changing exponentially,” said Richard Rossi in the release, Executive Director, National Academy of Future Scientists and Technologists. “Focused, bright and determined students like Noah Shadlow are our future and he deserves all the mentoring and guidance we can give him.”

During the three-day Congress, students will hear from Nobel Laureates and National Medal of Science recipients talk about leading scientific research; be given advice from deans of the world’s top tech universities; be inspired by fellow teen science prodigies, according to the release.

Shadlow will receive free services and programs about science or technology; have access to online social networks that future scientists and technologists can communicate; opportunities to be guided and mentored by tech and science leaders; and communications for his parents on college acceptance and finances, skills acquisition, internships, career guidance and much more, according to the release.

“The purpose of this event is to honor, inspire, motivate and direct the top students in the country who aspire to be scientists and technologists, to stay true to their dream and, after the event, to provide a path, plan and resources to help them reach their goal,” according to the release.

Noah Shadlow is the son of William and LaDonna Shadlow of Hominy. He is also the Vice President of the Wah-Zha-Zhi Youth Council and was instrumental in sending a delegation to the Standing Rock Reservation in the fight against the Dakota Access Pipeline.