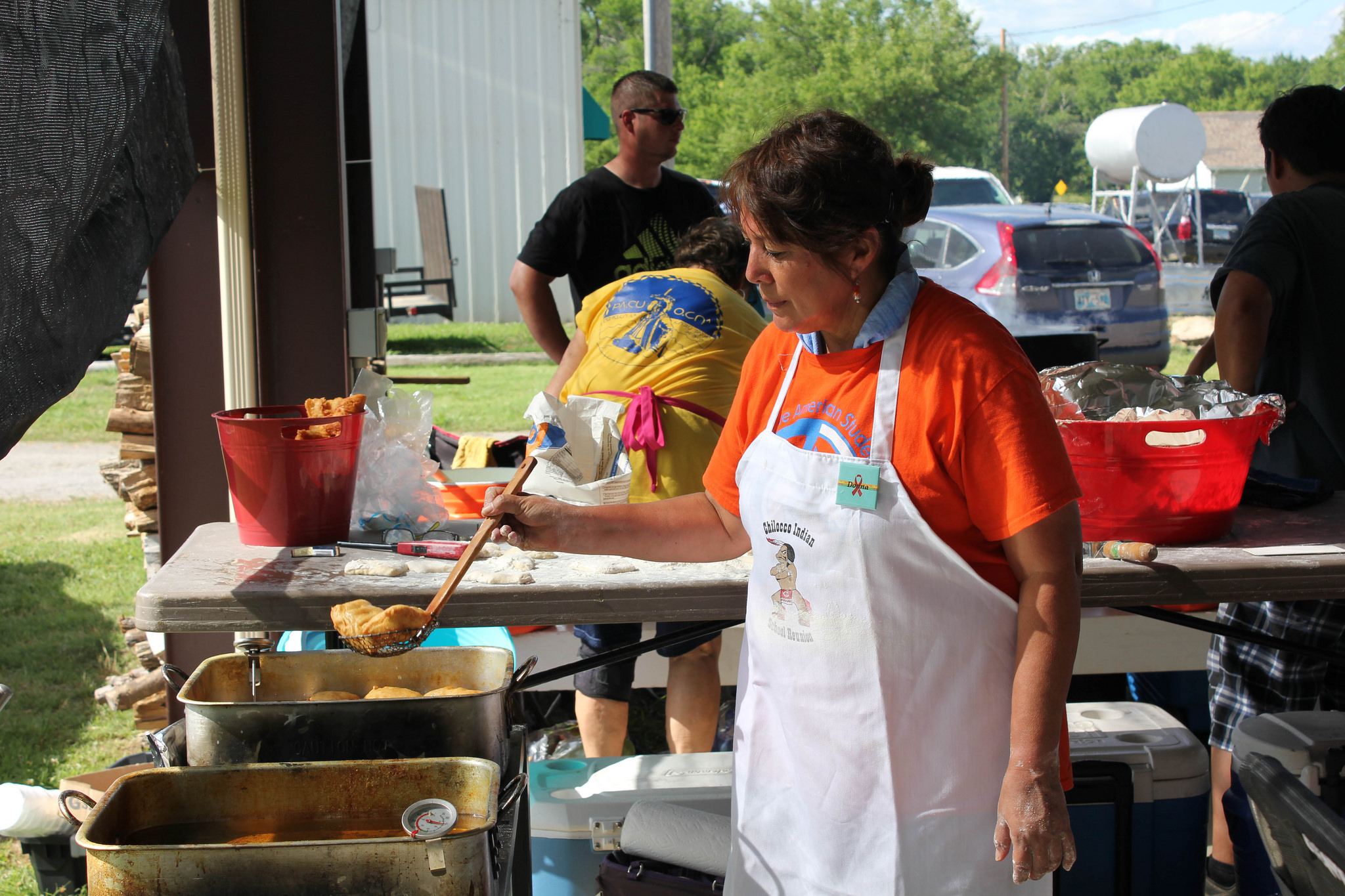 The Bluestem Ranch LLC board of directors received 800 pounds of bison meat from the Inter-Tribal Buffalo Council in May.

Board member Jackie Badley said she ate at the Grayhorse camp during the Pawhuska In-Lon-Schka dances and the cooks made a stew with the bison meat and it was “delicious.”

Bluestem Ranch manager, Kelly Corbin, former director of the Office of Fiscal Performance Review for the Osage Nation Congress who quit his post on June 19 to take the post with the ranch, said the meat was given to the ranch board on May 30 and stored in Tulsa. The meat was then picked up by the Nation’s Food Distribution program and is being stored in Hominy at their facility. “Fi Davis was a great help to us,” Corbin said. Davis is the director of the Food Distribution program.

Corbin said the remaining meat is going to Elder Services in Fairfax in the amount of 175 pounds, the Heritage Corn Group will receive 60 pounds and the Head Start facilities will receive 85 pounds. Corbin said the meat has not been federally inspected, only state inspected, so only those programs who rely on tribal and state funds, and not federal funds, can receive the meat. The Elder Services in Pawhuska is federally funded.

Corbin said he has an upcoming meeting with officials from The Nature Conservancy and the Quapaw Nation on best practices for a bison preserve. He said it will take some time to map out what lands will be used for the public, the Osage tribal members, the bison preserve, the hunting grounds, the cow pastures, etc.

As far as the remaining bison on the Nation’s Bluestem Ranch, a bison calf was born this month, the first bison calf to be born under the Nation’s ownership of the land.

“As a federally recognized tribe, the goal of the Osage Nation is to re-establish bison herds on tribally-owned land,” Standing Bear wrote in the letter. “We are a people who respect the bison as a life symbol which provides us the blessings of food, clothing, and spiritual power. We also know the essential role of the bison in restoring the Tallgrass Prairie where we live.”