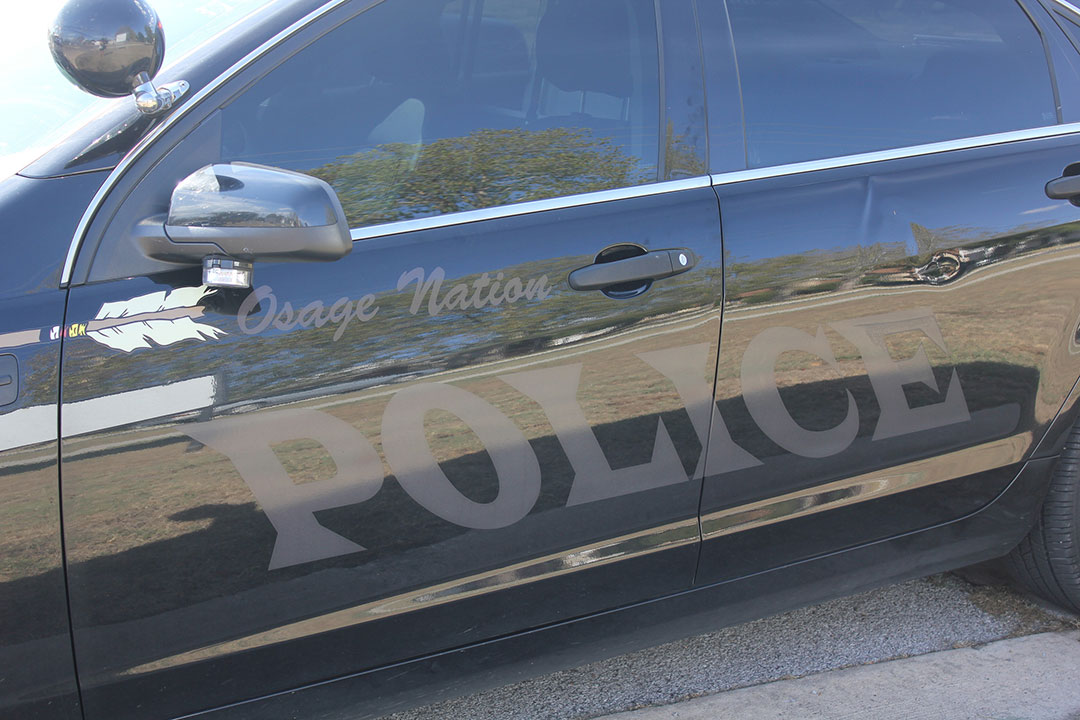 Osage Nation Police Chief Nick Williams said the department is working with the Bureau of Indian Affairs to renew the commissions of 13 Osage police officers, to be able to enforce State Law on non-Natives within Indian Country without relying on cross-commissions with the Osage County Sheriff’s Office.

The ON police officers have been at an impasse after Osage County Sheriff Eddie Virden verbally pulled their commission cards on Nov. 28, 2017, preventing them from issuing tickets or making arrests on state lands and against non-Natives in Indian Country. According to Oklahoma state law Title 21-99, which passed in 2013, tribal officers shall have state police powers to enforce state laws in Indian Country while in possession of a BIA commission.

“Due to failed negotiations ONPD has been in the process to get their Special Law Enforcement Commissions through the BIA to enforce State Law on Non-Natives within Indian Country Jurisdiction,” Williams said. “ONPD is expecting the process to be done mid-to-late March, with the help of the U.S. Attorney General’s office, BIA and the Department of Interior, since all of ONPD had previously held SLEC’s.

“The SLEC’s had expired within this past year, which ONPD did not question the expiration due to the long running cross commission and working relationship (20+ years) with the Osage County Sheriff’s Office. Due to the cross commission, SLEC’s were not needed to enforce State Law on non-Natives in Indian Country.”

Williams said the process for an officer to obtain their SLEC is the officer attends Criminal Jurisdiction in Indian Country class, where they study Indian Law and Courts of Jurisdiction. After testing out of the academy, they will go through an adjudication process and fill out paperwork that is submitted to the BIA and the FBI. Williams said that since the 13 Osage officers have all previously held SLECs, they are required to attend CJIC class where they will be updated on legal issues and learn about case law and studies currently taking place within Indian Country.

“This is not included with the State Classes to which ONPD is required to take each year to maintain their Oklahoma CLEET certifications,” he said.

Williams said he hopes the ONPD officers will be finished with the SLEC process by mid-March.