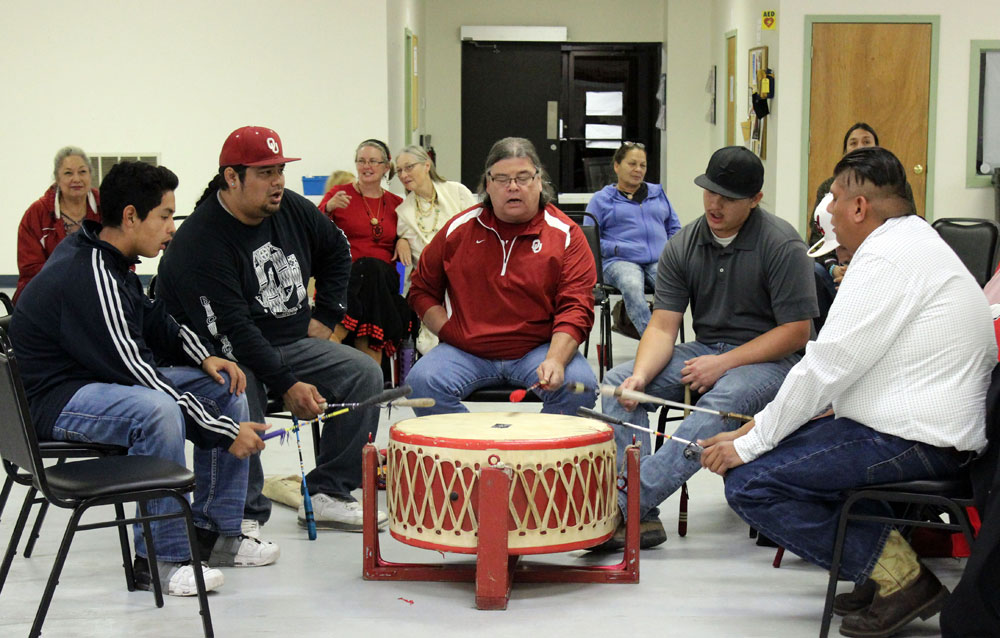 Vann Bighorse named as director of the Osage Language Department

Vann Bighorse is the new Director of the Osage Nation Language Department as of Dec. 1.

As Language Director, he oversees one of the Nation’s most important cultural initiatives, saving the Osage language.

“Vann was director of our cultural department and he went to work for the Bureau of Indian Affairs. We were really glad to see him return to the Osage Nation to share his talent and experience,” said Principal Chief Geoffrey Standing Bear. “As head of the language department, I think he is the right person at the right time.”

Standing Bear said the Osage language is in a period of preservation and recovery. He told a story of when he, Bighorse and his Senior Advisor, John Williams, went to Cuba, Mo., together nearly four years ago. They were attending a meeting on proposed 30-foot statues of Osages, which later became the Osage Trail Legacy and was unveiled in September of last year. At the meeting Bighorse prayed in Osage as Cuba officials and residents listened. He said he and Bighorse talked after the meeting about the fact that the Osage language had not been uttered in Missouri for nearly 200 years until that moment when Bighorse prayed.

“He said, ‘You know chief, this language is so endangered, we’re on the last train out.’ Right then almost four years ago, the way he said it gave me the sense of urgency you have seen me display in our language preservation and recovery,” Standing Bear said. “Because we are not losing it anymore, we are gaining it.”

“From where I sit we’ve had to really drive the Osage language curriculum and classes, and drive it hard. That’s why when that position came up and he took that position, I knew we had the right person at the right time,” Standing Bear said.

Bighorse has taught at and been involved with the Osage language department since its inception in 2006. He has also served as the director for the Wah-Zha-Zhi Cultural Center and started the annual Cultural Walk and has hosted many dances and handgames.

He is well known throughout the Osage community and the larger Native American community for his singing. He is known for his Osage language abilities, knowledge of the Osage culture and is an Osage artisan. He has served as a singer on many In-Lon-Schka Dance Committees and is a former Pawhuska District Drumkeeper.