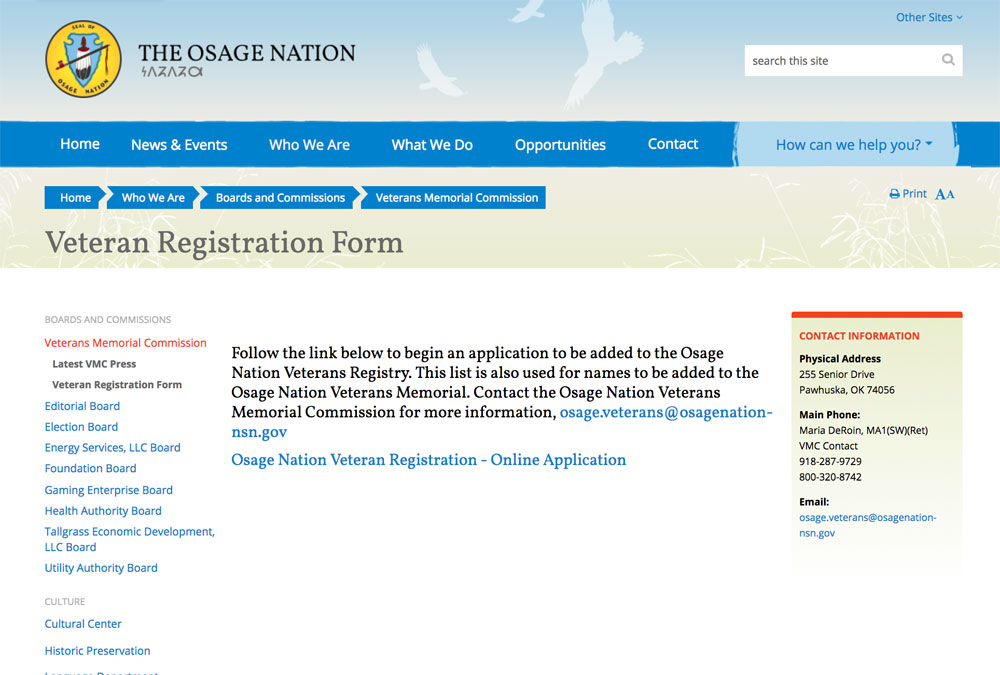 Osage Nation military veterans and their families may now complete an online application for veteran names to be added to the Nation’s planned Veterans Memorial.

The online application is available on the ON Veterans Memorial Commission website: www.osagenation-nsn.gov/who-we-are/veterans-memorial-commission/registration-form

Once at the web page, click “Osage Nation Veteran Registration – Online Application” to begin filling out the document with veteran information including Osage membership number, address (if living), branch of military service, rank and dates of service. Applicants will also be asked to attach a digital copy of the veteran’s DD214, which is the certificate of release, discharge from active duty.

Construction on the Veterans Memorial is expected to start at a later date this year, according to a Jan. 26 news release.

The Veterans Memorial Commission also has its own web page for more information on the commission members and legislation establishing the memorial online at: www.osagenation-nsn.gov/who-we-are/veterans-memorial-commission