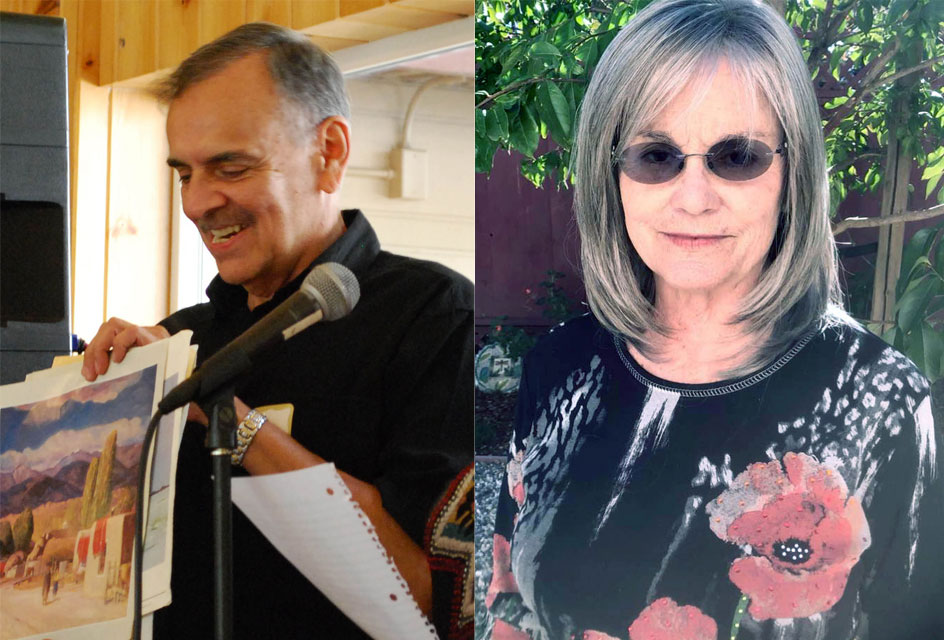 After a recent change in planning leadership, the Northern California Osage organization is hosting its April 22 gathering in the Sacramento area.

The April 22 NCO gathering will be held at the Fairfield Inn and Suites at 2100 Freeway Dr. in Woodland, which is 20 miles west of downtown Sacramento off Interstate 5. Johnson-Reyes said a finalized agenda is not set, but the Sunday gathering will consist of a candidate forum for Osages seeking office in the June 4 elections, as well as lunch and a cultural activity.

“The (NCO) Steering Committee has been in transition over the last couple years, there are members of the committee who have been facilitating meetings and contributing so much to our people here in northern California and Oklahoma for decades, who have decided to begin scaling back due to health and personal reasons,” Johnson-Reyes said. “As a result, the next generation of Steering Committee members have been asked to take on more roles to insure the continuance of this important organization. I was asked to assist with transitioning the base of operations to the Sacramento area (where my wife Glenda and I live) moving forward, in part, due to continued feedback from our membership that Sonoma County was leaving out Osages living around the Central Valley.”

NCO gatherings in recent years have been held in Oakland or Petaluma where Elliott and BigEagle reside. Elliott recalls meeting BigEagle in a grocery store parking lot and he asked her if she’d like to be a part of the new Osage organization and she took on planning duties for the NCO, which has served as a meeting, network and fellowship tool for Osages living in northern California or nearby states.

“About 20 years ago in Petaluma, I saw a car with a bumper sticker (that read) ‘Osage Indian’ in the parking lot of a market,” Eliott recalled. “My husband suggested that I wait for the person to come out and introduce myself. I didn’t know there were many Osages in northern California – This is how I met Duane BigEagle. He was excited about an organization of Osages in northern California that he was starting, and immediately asked if I wanted to do some work for the organization. I did join the executive committee of the Northern California Osage Association (NCOA), our original organization. I have been the Treasurer of our current organization since its formation.”

Elliott said BigEagle retired from the committee a year ago and she is also scaling back her involvement due to health reasons. Elliott is fighting cancer and chemotherapy treatments impacted her day-to-day activities. “I asked if anyone wanted to take over arranging the meetings, fortunately (Keir) offered and Aimee Inglis agreed to help Keir in any way she could,” she said.

Elliott also agrees the Sacramento area move for NCO meetings would be a good effort to attract more Osages who live closer to the area. “It was an excellent opportunity to move our meetings to the Sacramento area, because we had been losing attendees for years … so my hope is that there will be Osages from the valley and the foothills that return to our meetings.”

As for herself, Elliott said she also enjoyed the cultural component of the NCO gatherings since she is a long-time state resident. “Although my grandmother was an original allottee, Elnora Josephine Wyrick, we had been in California since 1953 and I did not know much about our culture. When I was little, my grandmother took me to the dances, and she took me to (Osage Chief) Sylvester Tinker’s funeral, but that was the extent of my exposure to Osage culture. So, I thoroughly enjoyed being able to meet all of our guests from Oklahoma and learn more about Osage culture,” Elliott said.

Elliott also added she is doing better and plans to work the April 22 NCO gathering registration desk as long as she is able.

“I feel grateful that Karen Elliott, Melani King, and Chuck Maker are continuing to assist with guiding and facilitating important elements of the organization and want to acknowledge Duane BigEagle for his years of commitment and service to our people. We will miss him on the committee but look forward to his participation as he is able,” Johnson-Reyes said. “We are all glad for the Steering Committee members who have stepped up over the last few years - Sarah Boyle, Amiee Inglis, Kim Maker and Chelsea Brian. Our current committee is benefiting from the guidance of more seasoned members and the revitalization that new perspectives bring.”

Osages who belong to the NCO Facebook group learned of the transition in late January from postings by Johnson-Reyes and Elliott and some said they will continue their support of the organization, offered help and plan to attend the gatherings.

“Karen and friends, thank you for your hard work and dedication for so many years,” said Carol Arata, who lives in Fremont. “We are grateful and appreciative, these type of events require a lot of hard work behind the scenes – not to mention many months of planning. Will continue to support as I can, these gatherings are special and mean so much to all of us living away from our ancestral home.”