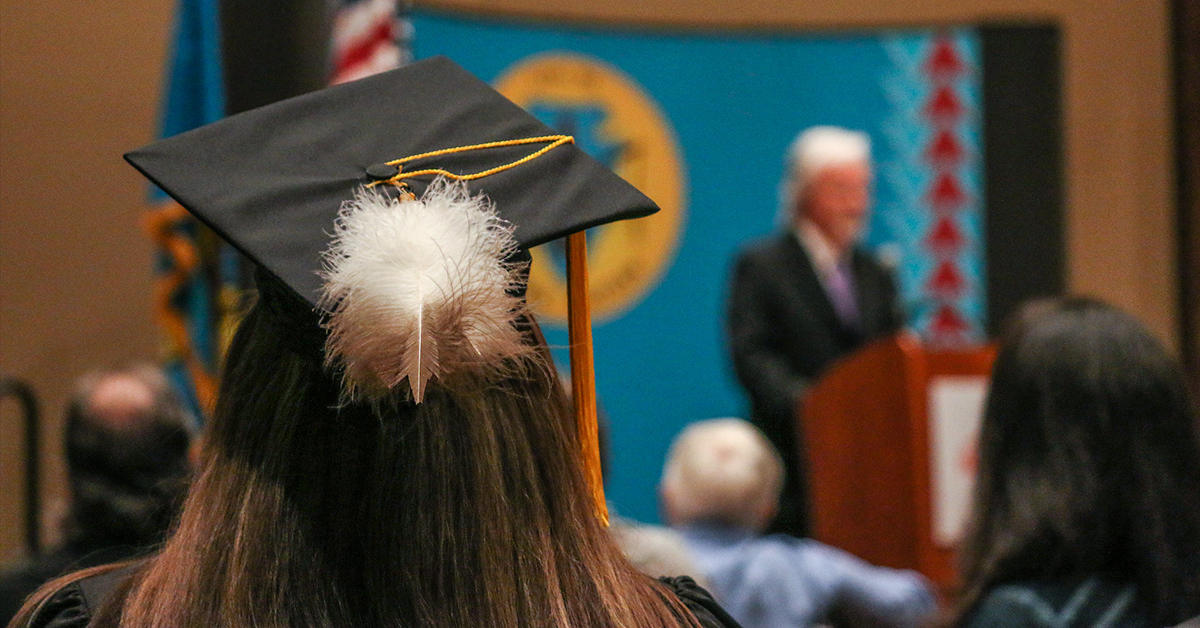 OKLAHOMA CITY — A bill has been filed for the Oklahoma legislature’s upcoming session that would protect the rights of Native public high school students who want to wear traditional regalia to graduation.

House Bill 2783 would explicitly add wearing tribal regalia at a high school graduation to the activities covered under the Oklahoma Religious Freedom Act. As drafted, the amendments would not allow individual schools or entire districts to enact policies that bar students from wearing regalia on the grounds of promoting aesthetic uniformity.

The measure is sponsored by Rep. Collin Walke (D-Oklahoma City), the vice chairman of the Native American Caucus and a citizen of the Cherokee Nation. Rep. Walke filed the bill after being contacted at the end of the 2019 legislative session about a school district near Ada barring a Native student from wearing regalia at graduation.

“Under existing law, it’s already permissible,” he said. “For the sake of clarification, I submitted this bill to ensure we don’t have incidents like this again.”

Several Oklahoma school districts have balked at allowing eagle feathers, moccasins or other forms of traditional Indigenous attire at graduation in recent years, including Caney Valley, Sapulpa and Vian.

With other districts allowing the practice, Oklahoma Attorney General Mike Hunter sent a letter in May to State Superintendent Joy Hofmeister, requesting her department advise school leaders about Native students’ rights under ORFA.

The earliest Walke or Caldwell’s bill could be assigned to a committee is Feb. 3, when the 2020 legislative session begins with Gov. Kevin Stitt’s State of the State address.