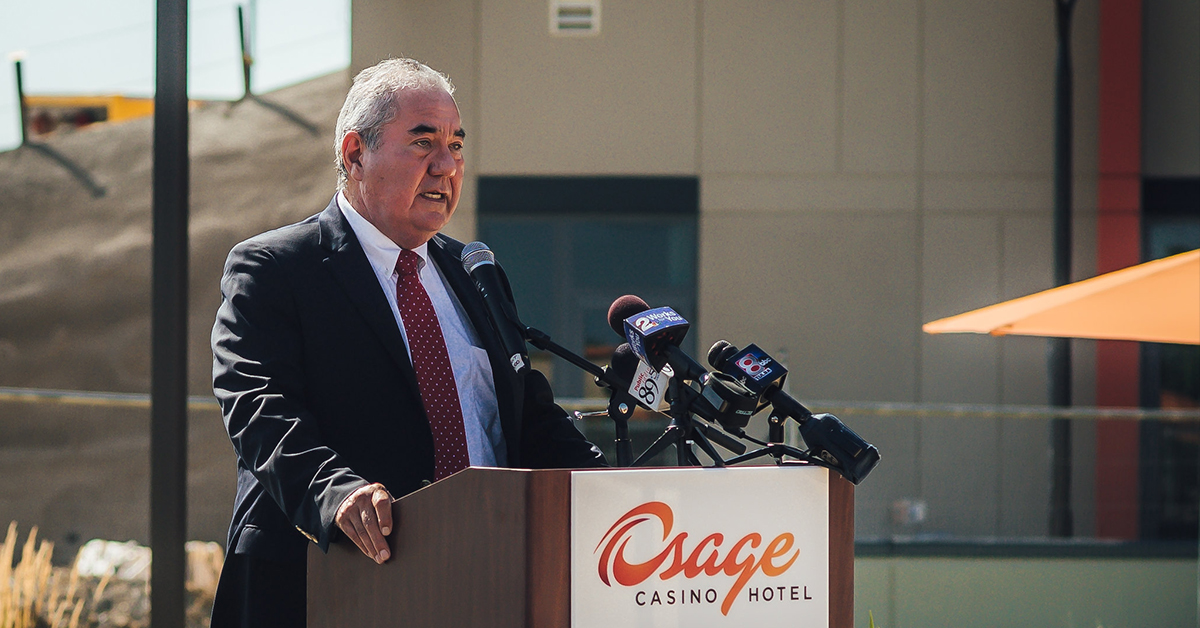 OKLAHOMA CITY — And then there were five.

On Jan. 27, the Muscogee (Creek) Nation filed a motion to intervene in a federal lawsuit in the Western District of Oklahoma over whether the gaming compact used by more than 30 tribes renewed on Jan. 1.

The Cherokee, Chickasaw and Choctaw nations filed suit on New Year’s Eve against Gov. Kevin Stitt in the Western District of Oklahoma, asking for a declaratory judgment that the state-tribal model gaming compact automatically renewed on New Year’s Day.

The Okmulgee-based tribe’s legislature voted unanimously on Jan. 21 to appropriate an extra $500,000 to its Office of the Attorney General for costs associated with joining the fray.

The Citizen Potawatomi Nation, headquartered in Shawnee, filed a similar motion on Jan. 24.

In response to the additional tribes joining the lawsuit, Principal Chief Geoffrey Standing Bear told Osage News on Jan. 27, “Dean Luthey, an attorney with vast experience and who is the attorney for Osage Casinos, strongly advises against joining the lawsuit at this time.”

The governor’s office filed a countersuit on Jan. 22, seeking a declaratory judgment that the compact expired on New Year’s Eve and that all Class III gaming is illegal until a new compact is in place.

Gov. Stitt’s rebuttal also asks that revenue generated from those games after Jan. 1 be put into a trust. Class III table games, including blackjack, poker, craps and roulette, are not mentioned in the injunction request.

Seeking higher exclusivity fees from the 30-plus gaming tribes across Oklahoma, Gov. Stitt has publicly maintained that the compacts expired on New Year’s Eve and that any Class III electronic gaming conducted after that date is illegal.

Along with its author, former state Sen. Cal Hobson, officials from more than 30 gaming tribes across Oklahoma have argued that the prerequisites for the compact’s automatic renewal have been met.

Under the language adopted in 2004, the compact can automatically renew for another 15-year term unless either the state or a tribe gives at least 180 days notice that they want to renegotiate a specific portion. Tribal leaders have repeatedly said they have not received a specific renegotiation offer from Gov. Stitt – just a request to throw out the entire compact and start from scratch.

“We are not going to have negotiations with a governor that is trying to tear up our compact,” Chickasaw Nation attorney Stephen Greetham told reporters at a Jan. 23 press conference outside the state Capitol.