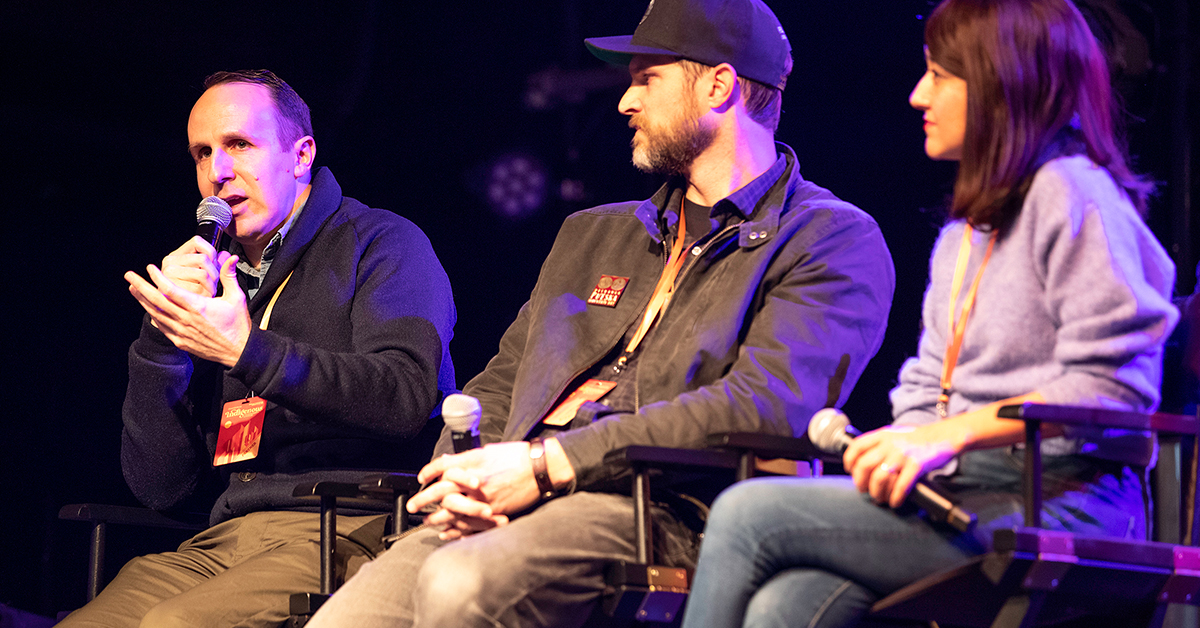 RedCorn comes from a long line of artists and says he was always surrounded by art. He received his degree in visual communications with an emphasis in graphic design from the University of Kansas.

RedCorn believes art is important because it counters the exposure to trauma and lowers stress. “Art makes you feel better,” said RedCorn.

“Western medicine tells us when you’re sick, go to the doctor,” RedCorn said. “But the Indian way, you’re always maintaining that balance.”

RedCorn spoke at “The Power of the Story: Land, Environment, and Culture” panel at the Inaugural Indigenous Filmmakers Lounge at the Sundance Film Festival in Park City, Utah on Jan. 24.

The Indigenous Filmmakers Lounge was a two-day event that included five panels on various topics related to the film industry, with over 15 panelists including Martin Sensmeier, Julia Jones, and Zahn McClarnon.

RedCorn’s videos show the assets of the Native American community by highlighting the strengths of Native people, comedy, displaying a variety of emotions like people smiling and also being serious.

“You need to show all dimensions of a human being,” said RedCorn.

According to RedCorn, there exists a financial gain and a business model of showing Indian trauma and retelling the stereotypical narrative of Native people.

“There is a plethora of stories that aren’t being told and deserve a place on the screen, on the stage, on radio and in print,” he said.

There is a variety of stories about Native people and RedCorn feels those stereotypical narratives do not relate to him and his experiences.

“I feel like humor is underrepresented,” he said. “I’m tired of sad Indian stories.”

“I want more comedy,” he said. “That doesn’t mean less of what we have but I’m talking about more movies on top of that.”

Through RedCorn’s films, he wants to create something his audience will fall in love with because that is when the audience’s mindset changes and they want to protect what they love.

“You can peddle in hate and you might get some movement,” said RedCorn, “but you will ultimately get more out of someone when they’re defending something they love.”