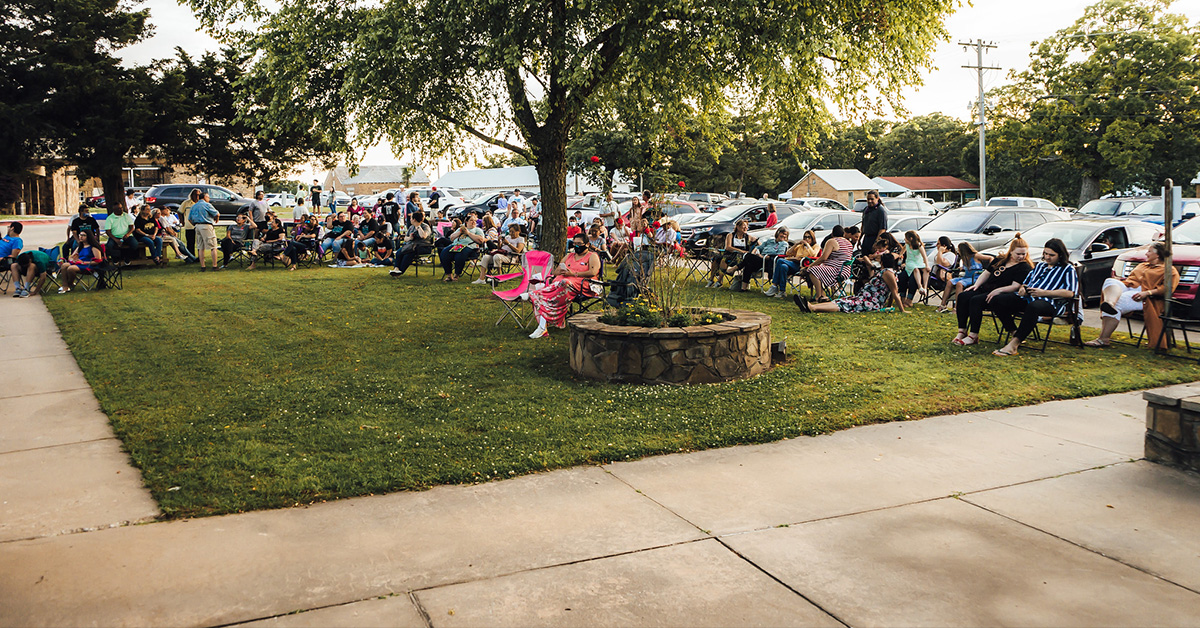 Osage Nation to reopen campus June 4 with essential personnel only

Photo caption: Voters wait for the election results of the 2020 Osage Nation General Election to be announced in front of the Osage Minerals Council chambers on the ON campus June 1, 2020. CODY HAMMER/Osage News

The Osage Nation will re-open offices Thursday after closing Wednesday due to the potential spread of the COVID-19 virus.

The concerns came after test results on Tuesday showed that six ON employees tested positive for the COVID-19 virus. At least one of the individuals who tested positive had attended Election Day-related activities on the campus the day before and also attended a local funeral, according to an ON Health Services press release. The six employees were immediately sent home and instructed to quarantine and self-isolate.

“We have been in contact with the Oklahoma State epidemiologist regarding testing or other indicated measures to be taken for those who attended those events and we are working with them in this endeavor,” said Dr. Ron Shaw, Chief Executive Officer of ON Health Services.

More than 100 people visited the Congressional Candidate Camps at the Nation’s Campus Park on Election Day, June 1. It was not mandatory to wear masks or physically distance, but it was encouraged.

After learning of the potential spread of the virus, Principal Chief Geoffrey Standing Bear issued an executive order to close the Osage Nation Campus on Wednesday so he could meet with his top staff and Wahzhazhe Health Center officials to plan next steps.

Standing Bear said only essential personnel will return to work on Thursday. All ON employees will be tested again on June 8 and June 9 before they can return to work. Test results should be received within 48 to 72 hours. Those who refuse a test will be terminated, according to an email from the Nation’s Director of Operations.

“We will fully reopen on June 15, that is when we believe employees, who are not at risk, should be able to return to work if they have received negative results on tests,” Standing Bear said. “We’ve already tested everybody once, now we’re going to test everybody again. This is all, of course, subject to change depending on what this virus does.”

According to Shaw, the ideal time for testing is 7 to 8 days after a close contact exposure. Testing too early will risk having a “false negative” test, in which an infected individual is too early in their course of illness to exhibit a positive test and therefore could be falsely reassured by a false-negative test result.

Additional testing was performed on those employees who had “close contact” with the six infected employees, he said.

“Close Contact” is defined as to have spent 10 minutes or more within 6 feet of an infected individual, he said. Those with lesser contact or exposure are at much lower risk and do not require testing, isolation or quarantine.

“All should ‘self-monitor,’ which includes taking a temperature daily. A significant temperature is that over 100.4 degrees. Other COVID symptoms include unexplained headache, muscle aches, alteration in taste or smell, shaking chills, sore throat, cough or shortness of breath,” he said.

Shaw said the health center has hired its first contact tracer and that person starts work this week. He has also been in touch with the Oklahoma State Department of Health and they have already started contact tracing the infected individuals.

According to the CDC, in case investigation, public health staff work with a patient to help them recall everyone with whom they have had close contact during the timeframe while they may have been infectious. Public health staff then begins contact tracing by warning the exposed individuals (contacts) of their potential exposure as rapidly and sensitively as possible.

Shaw recommended that if a person attended either the Election Day events or the funeral, that they self-monitor, and should they develop symptoms please contact the COVID hotline at (918) 287-0028 or your primary care provider.

“We are reassessing the situation daily and will refine this information and recommendations as further information comes available,” Shaw said.