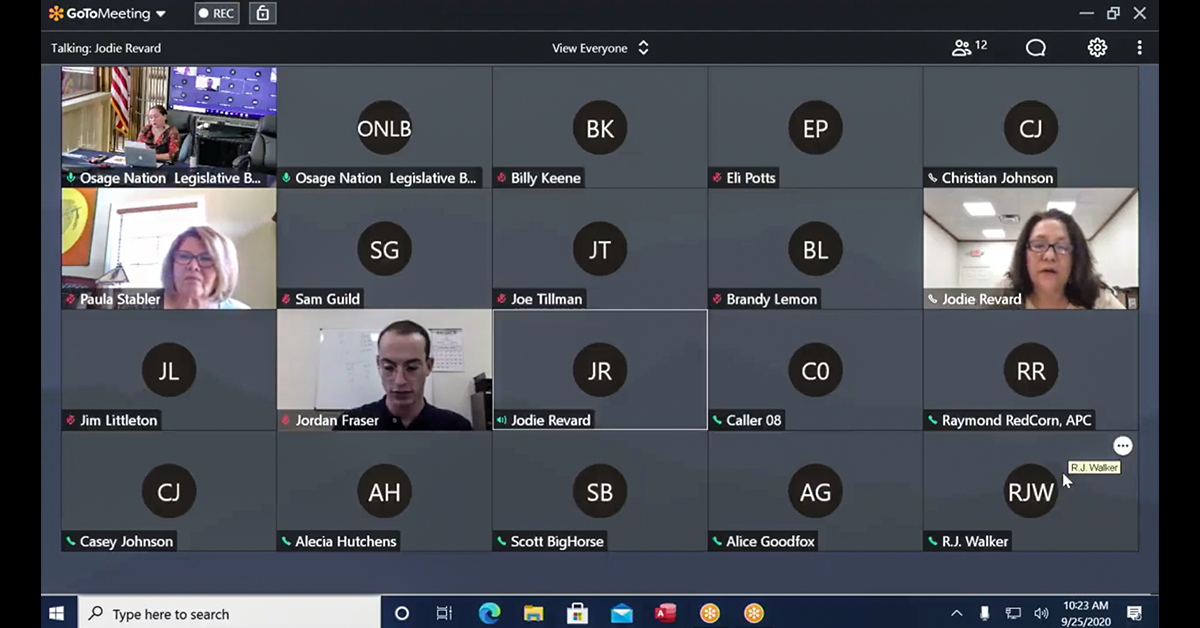 Congressman Joe Tillman wants to reverse the removal of former Principal Chief John D. Red Eagle. He is asking for his fellow members of the 7th Osage Nation Congress to vote for his reinstatement of eligibility.

Tillman put forth the motion in writing on Sept. 24 and the Speaker of the Congress Angela Pratt disseminated it to Congress. On Sept. 25, Day 16 of the Tzi-Zho Session, Congresswoman Jodie Revard asked that Pratt postpone the vote on Tillman’s motion until the Congress receives an Attorney General opinion on its legality.

The vote was 10 “Yes” votes and two “No” votes by Congressmen Tillman and Eli Potts.

The Osage Constitution outlines the process for removal, but it is silent on the reinstatement of eligibility.

According to Tillman’s two-page motion, which is not a resolution or an act of Congress, Red Eagle “has remained a part of our tribal community … and has carried himself with honor and humility.” The motion also states that Congress should endeavor to extend a “spirit of forgiveness.”

As of 6 p.m., Tillman did not respond to requests for comment, and Attorney General Clint Patterson had not received the legislative question on Tillman’s motion.