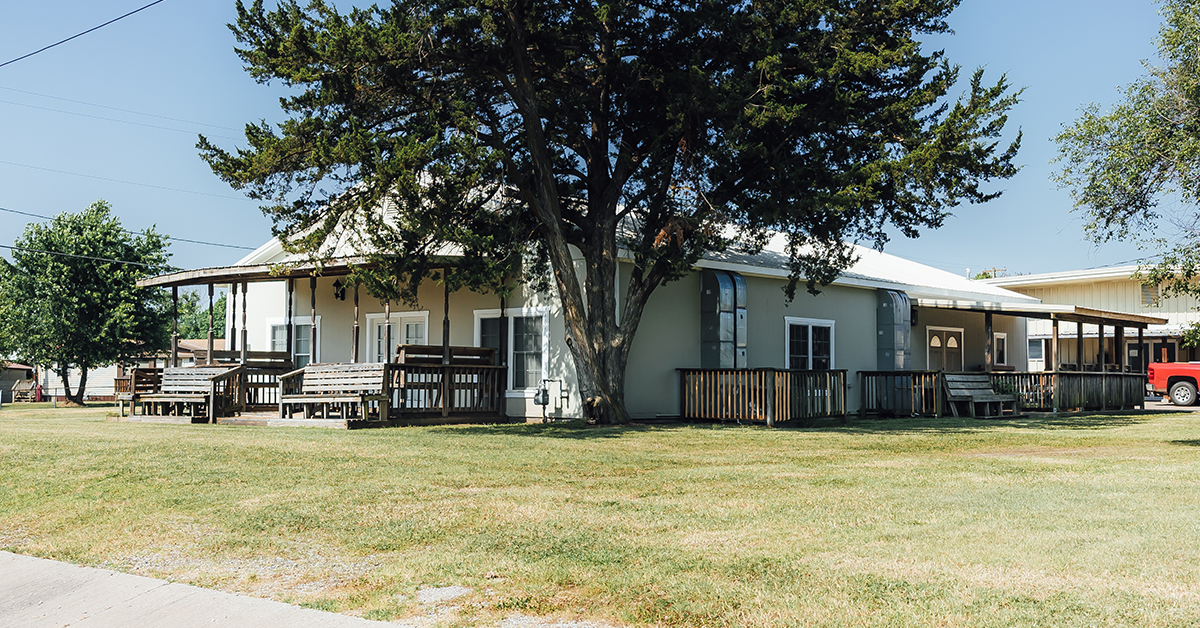 The Osage Nation is preparing to break ground on a new Wakon Iron Chapel. An event long-awaited by the Pawhuska District community.

The groundbreaking ceremony will be held at 1 p.m. on June 30 in the Pawhuska Indian Village.

“They are the most important properties we own. The place where we are tribal. When I think of the old building and the memories of all of the events that took place, what I remember are the people, their faces, the laughter and tears. But it's the activities they bring to our community that are most important - the namings, the handgames, the funerals, feasts, the songs and dances. These new buildings will be the evolution of our time, we have made it through grass arbors, round barns, old schoolhouses and now to new commercial buildings and they will hold the future memories for our children and their children,” Stabler said. “It’s these traditions and cultural relationships that allow us to exist, so I can think of no greater reason to build these buildings but give us another 50 years or more of memories.”

The 7th Osage Nation Congress passed an appropriation bill for the chapel construction in May. ONCA 21-42 (sponsored by Stabler) is an appropriation for $1.7 million. There was much debate over the bill and interpretation of Osage law, specifically the Nation’s audits and the Retained Revenue law. The bill was voted down twice. The delay exacerbated the deteriorating conditions of the chapel and the Wakon Iron Hall, causing hardship for grieving families during funeral services in the chapel. It also led to community members expressing their outrage online over the unsafe conditions.

On April 21, Congress finally passed the appropriation for the chapel and Principal Chief Geoffrey Standing Bear signed it into law on April 23.

“The three Chapels at Grayhorse, Pawhuska and Hominy serve as the place where we conduct the last rites of many of our people,” Standing Bear said in the release. “They are places we make sacred through the prayers made within them. This new Chapel at Pawhuska will replace one that is dear to many of us because of the memories that occurred within it. The new Chapel will be large enough to accommodate our larger population. It will be built and maintained as a place of prayer.”

According to the release, ON Director of Operations Casey Johnson will oversee the construction management team Builders Unlimited throughout the project.

Johnson said the chapel will be completed in May 2022. The Nation will begin construction of a new Wakon Iron Hall in June 2022.