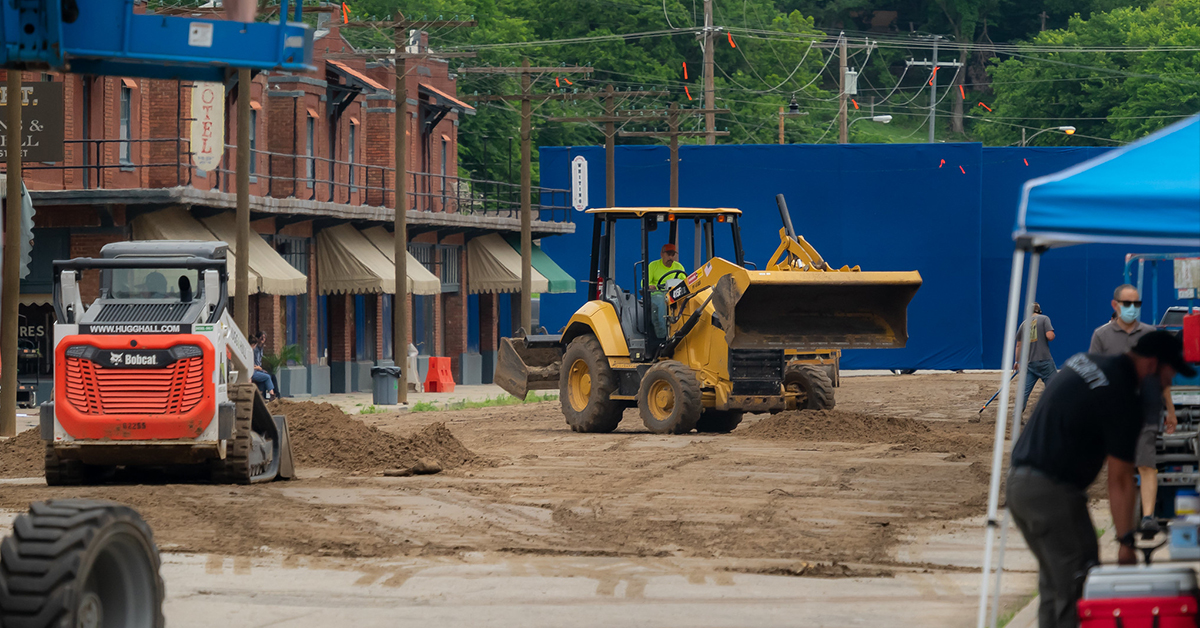 Kihekah Avenue closed to vehicle and pedestrian traffic for filming

Photo caption: Kihekah Avenue will once again close to vehicle and pedestrian traffic for filming of the upcoming, "Killers of the Flower Moon." CODY HAMMER/Osage News

Filming on “Killers of the Flower Moon” is about to resume on Kihekah Avenue in downtown Pawhuska.

Film crew covered the street with dirt on Monday morning in preparation and the street is closed to all vehicle and pedestrian traffic.

The street closure on Kihekah will include the section just south of 6th Street and the intersection on 8th Street. A restroom trailer is located on Main Street across the street from The Mercantile and is available for public use.

Other temporary street closures include a small section of Grandview Avenue in front of the Osage Nation Executive Branch and sections of south Leahy Avenue and E. 5th Street, according to an email from Mark Walton, Assistant Location Manager for the film.

The film is an adaptation of David Grann’s bestselling book, “Killers of the Flower Moon: The Osage Murders and the Birth of the FBI.” The book details the true story of the systematic murders of Osage tribal members for their oil wealth in the 1920s. The story also chronicles the investigation of federal agents and the evil they discover lurking on the reservation.

Filming has been ongoing since April, with film crew preparing sets in Grayhorse, Fairfax, Pawhuska and Bartlesville.