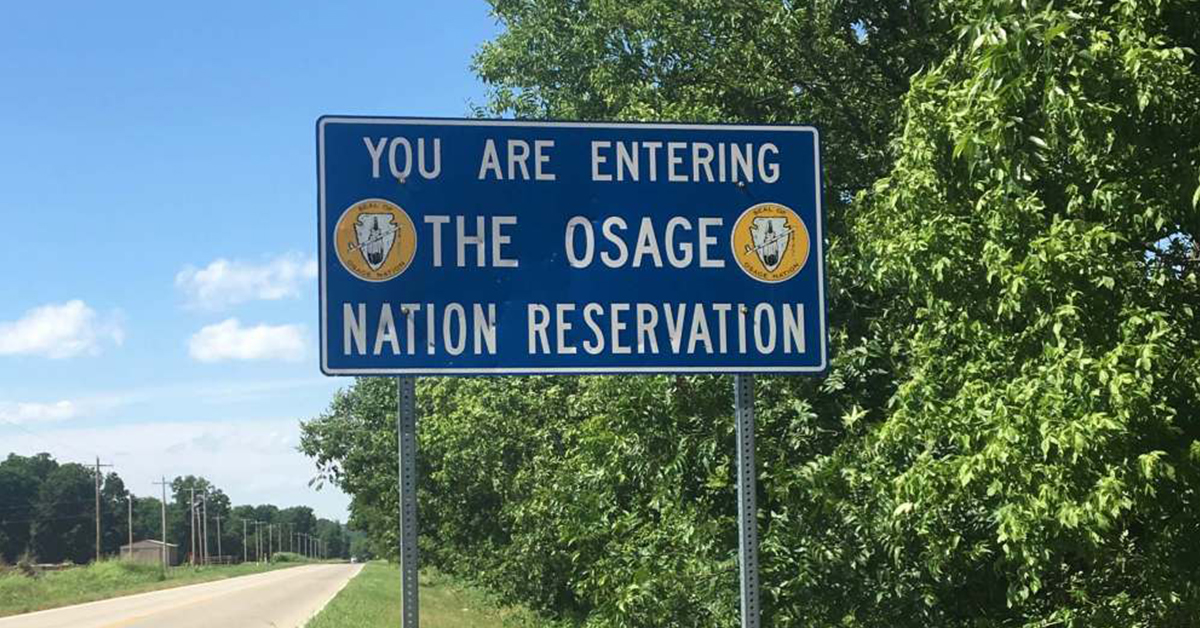 Photo caption: The Osage Nation has reasserted its claim to its reservation status in the case Louis R. Young v. State of Oklahoma. Courtesy Photo

The Osage Nation Reservation was never disestablished. That is the position of Principal Chief Geoffrey Standing Bear.

“The Osage Reservation remains intact,” Standing Bear said in a statement. “The McGirt case logic plainly applies to all tribal reservations. We look forward to the undoing of the Osage Nation vs. Irby case from 2010 that directly contradicts the Supreme Court’s McGirt decision.”

In the case Osage Nation v. Irby, the Nation sought a declaratory judgment in District Court that the borders of Osage County were contiguous with the borders of the Osage reservation and were never disestablished. A federal judge ruled against the Nation’s claim in 2009 and the 10th Circuit Court of Appeals upheld the ruling. The U.S. Supreme Court declined to hear the Nation’s case in 2011. The Nation has been silent about its reservation status ever since, that is until the U.S. Supreme Court ruled in favor of Jimcy McGirt.

On July 9, 2020, the U.S. Supreme Court ruled in favor of Jimcy McGirt in McGirt v. Oklahoma. The landmark ruling stated the Muscogee (Creek) Nation remains intact and the U.S. Congress never disestablished the reservation. Since the ruling, many past convictions of tribal citizens by the State of Oklahoma on the Muscogee (Creek) reservation have been challenged and some overturned.

However, in the case of Louis R. Young v. State of Oklahoma, Young is arguing that the Osage County District Court did not have jurisdiction to convict him because he is a member of a federally recognized tribe and that his crime was committed on Osage Nation reservation lands.

On June 1, ON Attorney General Clint Patterson filed an amicus curiae brief to the State of Oklahoma Court of Criminal Appeals in Young’s case. The brief states: “The Osage Nation has a fundamental interest in this case because its reservation boundaries affect its self-governance, its jurisdiction over crimes committed by Indian offenders, and its ability to ensure the safety and wellbeing of its citizens. Osage Nation and its citizens have occupied this Reservation – which the Nation acquired with its own funds – for the past 150 years … There is no statute whereby Congress disestablished the Osage Nation Reservation that it created in 1872.”

In 2007, Young was convicted of first-degree murder by the Osage County District Court and sentenced to life in prison without the possibility of parole by Judge John Kane for the shooting and killing of Jerry Wayne Doyle. On Sept. 15, 2020, Young filed a post-conviction appeal to the district court that said it lacked jurisdiction to convict him. His appeal was denied without a hearing. He appealed to the State of Oklahoma Criminal Court of Appeals.

On Jan. 27, Appeals Judge Dana Kuehn issued a remand order for an evidentiary hearing to the Osage County District Court and put the burden on the state to prove whether Young is an enrolled tribal member of the Muscogee (Creek) Nation and whether his crime happened in Indian country.

In her remand order, she instructed the district court to follow the analysis set out in McGirt v. Oklahoma. “In making this determination the District Court should consider any evidence the parties provide, including but not limited to treaties, statutes, maps, and/or testimony,” she wrote.

On April 8, Judge Tate found that Young was indeed a tribal member of 1/8 blood quantum of the Muscogee (Creek) Nation but that according to the case Osage Nation v. Irby and the 2009 ruling by the 10th Circuit Court of Appeals, the Osage Nation was disestablished.

“The Osage Nation was not notified or made aware of the pendency of this post-conviction case and did not learn of it until April 8, 2021. The Nation immediately sought to assist in the trial court, but at the time the Nation filed its motion, the trial court had already filed its Findings of Fact and Conclusions of Law,” Patterson wrote.

He continued that the Nation could assist the court with treaties, statutes, maps and testimony as Judge Kuehn ordered. He said other Oklahoma trial courts have accepted tribal amicus assistance in other remanded cases involving Indian country jurisdiction issues in the wake of McGirt. As examples he named cases that involved the Chickasaw, the Cherokee and the Seminole.

On June 22, Judge Kuehn issued an indefinite stay order in the Young case pending the results of the U.S. Supreme Court ruling in the case Oklahoma v. Bosse. In 2010, Bosse, non-Indian, killed Chickasaw Nation citizens Katrina Griffin and her two young children on Chickasaw lands. SCOTUS will decide whether or not Oklahoma has concurrent jurisdiction over crimes committed by non-Indians against Native American victims, regardless of whether the crime was committed on Indian lands.

Misinformation about the effects of the McGirt ruling has spread across the state, with district attorneys, law enforcement and news organizations spreading fear among non-Indian citizens. According to a reporting guide from the Native American Journalists Association, these are three facts you need to know about the McGirt ruling and its effects on Oklahomans:

-       Federal law prevents tribes from exercising civil jurisdiction or regulatory jurisdiction over non-Indians in most circumstances.

-       The McGirt ruling does not change land ownership in eastern Oklahoma.