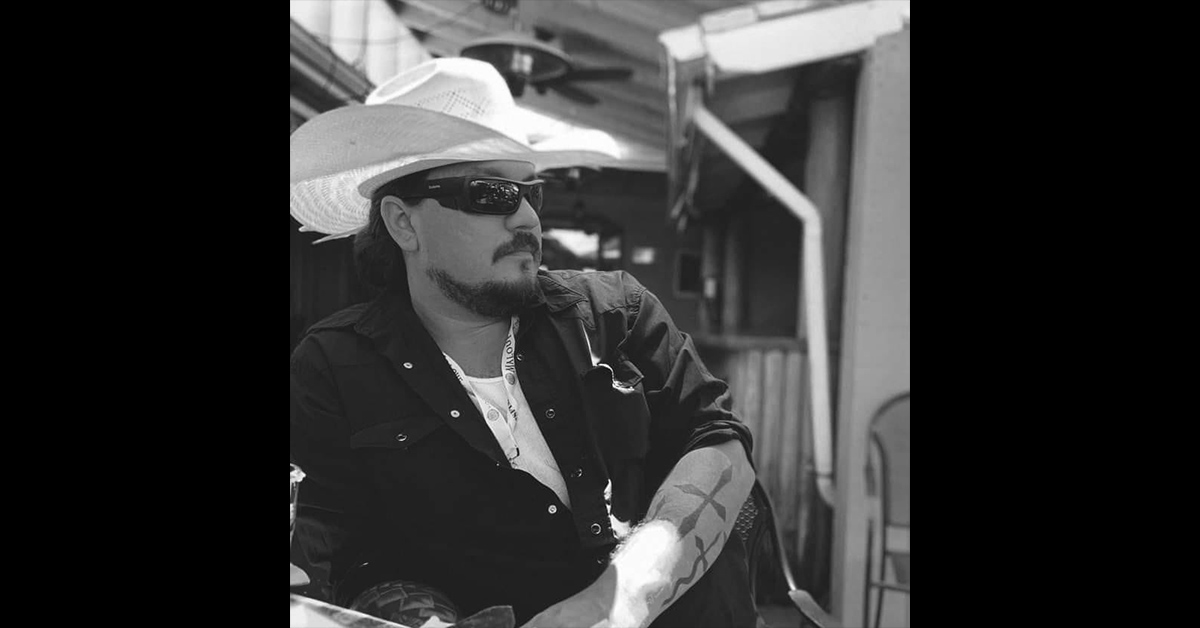 Not your average quarantine

When the COVID-19 pandemic took hold of the world just over a year ago, it’s safe to say nearly everyone was wildly unprepared for what was to come, except for one individual. Dante Biss-Grayson Halleck is an Osage Nation member, an artist and the Chinle Service Unit’s Acting Quality Director and Safety Officer in the Navajo area in Arizona. The 12 years of overseas military duty and a master's degree in emergency management provided him with the knowledge to help tackle the pandemic within Navajo Nation.

“When we got into it, the plans we had didn’t add up to what the reality was,” Biss-Grayson said. “I was in charge of the utilization and strategies, then I jumped on the flu team when flu season rolled around. At the end of the day, everyone pushed politics aside and rose to the challenge to help out the Native communities.” Biss-Grayson recognized his unique disposition being the only Native on the team and having his particular background to help cover the arena in all aspects so that nothing was overlooked.

“The Navajo lack access to resources and if you look at the history, there are no safety nets in place,” Biss-Grayson said. He further explained the issue with the medical centers in urban areas was that with over 27,000 miles of land on the Navajo reservation there was a major need to link the services as far as vaccines and resources. “Every time they discussed federal and local law I was there to remind them about the tribal jurisdiction. We need voices to give that ability to remind people how impacted Indian Country is and where our voice is at the top,” he said.

Now that the rest of the world has a grasp on the virtual world that a quarantine lifestyle created, Biss-Grayson wants to bolster it even more.

“Broadband information is key,” he said. “People discuss the water issues and, sure, some areas could benefit but we need a lot of monitoring and to be on alert to systematically move toward fully opening but being on edge in case something breaks out again.” Biss-Grayson also explained that because of the hyper-focus on COVID, there is expected to be a rise in other medical needs.

“It’s getting better, but the work isn’t done,” he said.

Because of his work, Biss-Grayson was recently awarded a COVID-19 Pandemic Civilian Service Medal from the U.S. Department of Health and Human Services and the Assistant Secretary of Preparedness for his temporary duty assignment to the COVID-19 Task Force. Thanks to Biss-Grayson’s work, he was able to help bind a large disconnect. Although, there is still much work on the horizon.

“It needs a long-term plan and determination. It’s hard to compare tribes, but it's a consistent theme where the response needs to be bolstered,” Biss-Grayson said. He wants to encourage more Native voices to step up and become a part of policy-making.

“Always start local, learn the system. You have great ideas but stand up and lead from the front,” he said. “Voice the plan, especially during a crisis.” For Biss-Grayson, his drive for emergency management started in the military from helicopter crashes and chemical spills. He knew he could take that experience and a master’s degree to Indian Country to help build a framework.

For Biss-Grayson, it’s not all emergencies all the time, sometimes it’s a bit of ribbon work as well. The quarantine period gave Biss-Grayson a good amount of time to update his website with the many projects he’s worked on. Inspired by his Osage lineage, the collection proved to be popular as the skirts took the limelight for various advocacies.

“What is cool is I can advocate for issues and the whole philosophy is awareness and action,” he said. Biss-Grayson’s skirts have been worn to advocate for the National Indigenous Women's Resource Center, Noise is Power, Sovereign Bodies Institute, Directly to Individuals in Need and the National Women’s Association of Canada. Biss-Grayson is always looking for more collaborations to help keep the Native voices present and strong. On top of exceptional ribbon work, Biss-Grayson has a knack for oil painting, sculptures and is the editor of the Osage comic called The Owl. “I’m also writing a book of poems. It’s a whole litany of projects.”

Biss-Grayson loves the work he’s created and is excited to push the envelope with what Native American art can be.