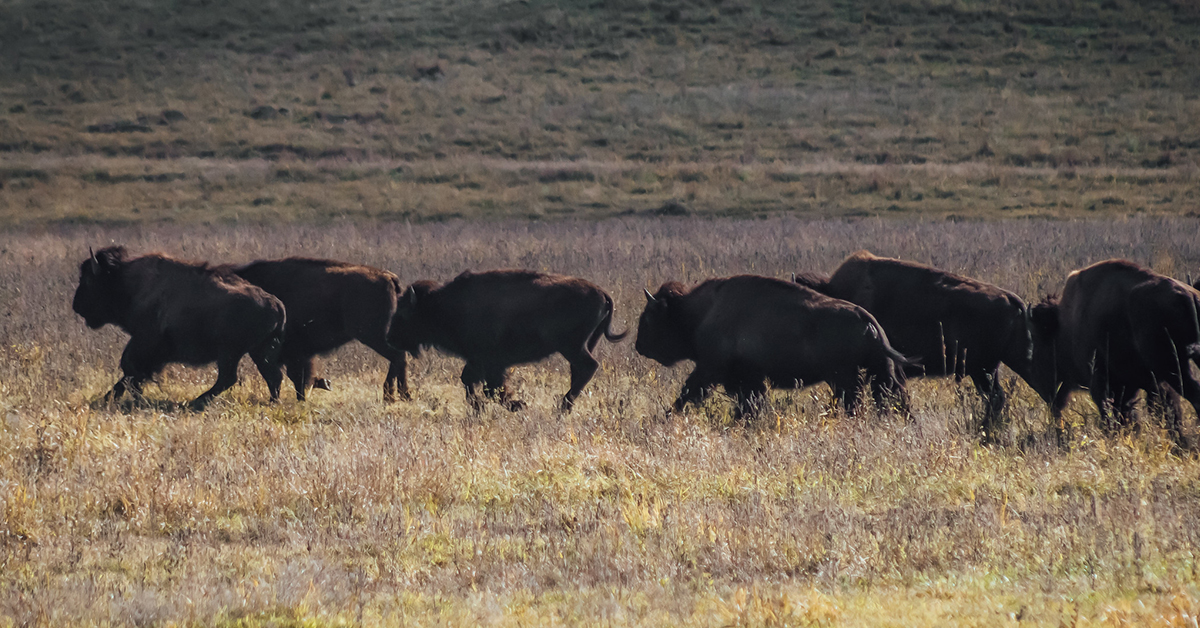 Accounting for recent births and for bison sent to the butcher house, the Osage Nation Ranch currently has around 100 head of bison on a 3,000-acre preserve. That number will double in November with the addition of 100 head of 2–4-year-old bison from the Wichita Mountains in southeast Oklahoma.

The ranch gets bison for free through the U.S. Fish and Wildlife Service, but bison intended for re-establishment programs can’t be sold or killed for commercial purposes. As a bison preserve, the ranch can manage the herd to achieve a cost-effective ratio of cows to bulls. In a phone call, Galen Crum, former board chairman of the Osage Nation Ranch LLC, explained that the biggest and strongest bulls will run the other bulls off. Those loner bulls who get run off are called bachelor bulls.

“We’ll send bachelor bulls to the butcher because they tend to get into mischief,” Crum said.

In addition to the 100 head of bison arriving from the Wichita Mountains, the ranch is expected to take around 35 head of bison from Colorado State University due to drought conditions in that state. According to Crum, the Colorado herd is raised from Yellowstone bison, which is the only herd that contains no cattle genetics. The date for that bison delivery has not yet been determined.