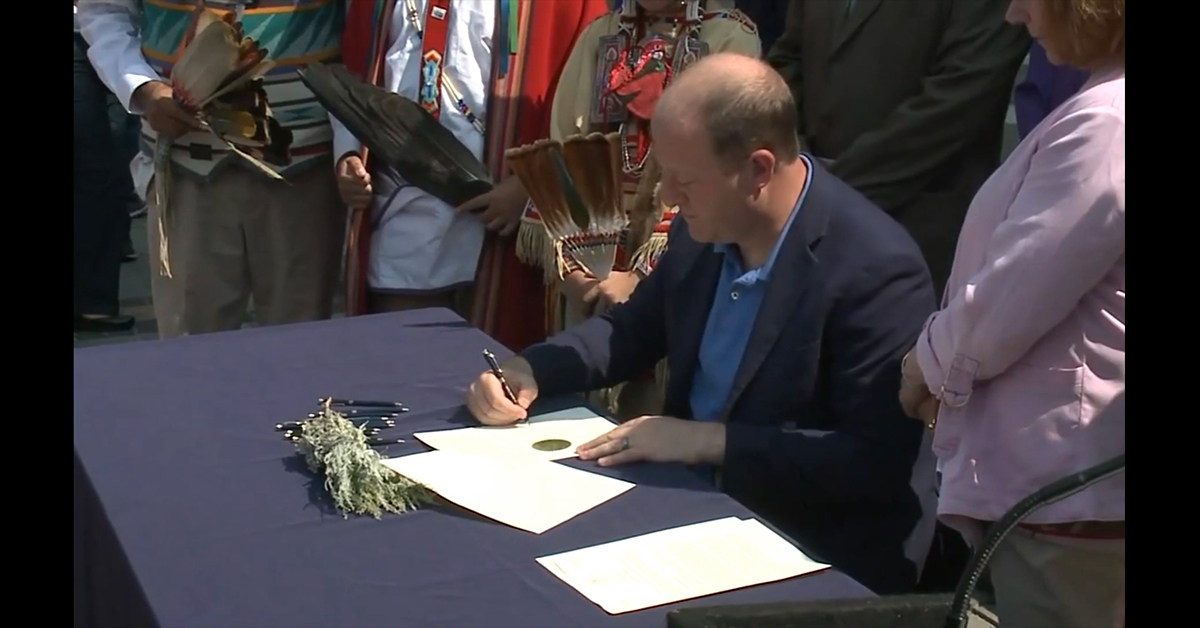 DENVER — Gov. Jared Polis acknowledged the atrocities of Colorado’s past and on Aug. 17, Polis rescinded a horrific bill from 1864 that resulted in the Sand Creek Massacre.

According to the National Park Service, in the 1864 bill introduced by former Gov. John Evans, the bill stated that its purpose was "to prevent friendly Indians from being killed through mistake … The war on hostile Indians will be continued until they are all effectually subdued." It wasn’t until August 17, 2021, that the proclamation was revoked and although an attempt to make amends for sins of the past was made, it can’t make up for the hundreds of Cheyenne and Arapaho lives lost. Still, the Colorado government seeks to make right by American Indians within Colorado’s borders.

Two other major bills also passed through the Colorado legislature recently. One banned the use of offensive Native imagery or names in Colorado schools, ending a decades-long debate surrounding the issue. The other bill required public universities to offer in-state tuition classification to students who are members of American Indian tribes with historical ties to Colorado.

“Today we make an unequivocal statement that hatred, racism, fear and violence have no place in Colorado's future on this land that we all call home,” said Lt. Gov. Dianna Primaverra. Although, for many tribal leaders and activists, their work isn’t over.

These groups strongly urge the name change of one of Colorado’s highest peaks, Mt. Evans, which was wrongly named after Gov. John Evans. A memorial to victims of the Sand Creek Massacre is also under consideration at the state Capitol to replace the since toppled Civil War statue.