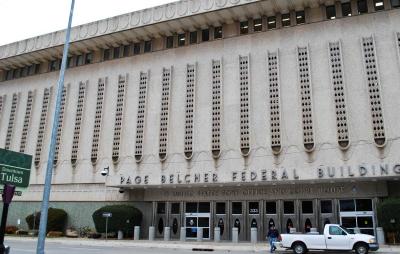 Wind farms are on the horizon.

A federal judge declined the Osage Nation’s request to stop a proposed wind farm from construction in western Osage County, stating the tribe failed to prove it would be harmed by the project.

U.S. District Court Judge Gregory Frizzell issued his Dec. 15 verdict following two days of testimony from both sides in the case. Much of the testimony focused on the current oil and gas lease agreement between Tulsa-based Orion Exploration and the Osage Minerals Council and whether Orion’s plans to drill in the same area as the proposed wind farm would be affected.

“Much of the plaintiff’s case is built on speculative concern,” Frizzell said in his ruling, which rejected an injunction request to halt the 94-turbine project construction near Burbank. Frizzell also said the tribe has “not persuaded the court that continued maintenance (of the wind farm) will interfere with the oil and gas drilling program.”

In testimony heard Dec. 14, a licensed engineer and witness called by Wind Capital Group said he studied the issues raised in the case and said either Orion or the company can move proposed site locations for either a wind turbine or oil well if a conflict arises.

In its trial brief filed Dec. 12, the Minerals Council signed a lease acquisition and exploration agreement with Orion, which received approval from the Bureau of Indian Affairs on Sept. 23. According to the agreement, Orion has agreed to drill the first five wells (of 18) by Nov. 4, 2012.

Two Orion officials testified on Dec. 14 stating the company could incur additional drilling costs if it has to relocate a well site. Orion’s lease with the Minerals Council covers 19,680 acres with 2,500 of those acres in the proposed wind farm area. Frizzell said Orion’s drilling area is on the “extreme western end” of the project site.

Tom Green, Wind Capital Group’s senior manager of project development, said the Osage County project is the first one for the company planned in an oil field area. The company challenged the tribe in whether the oil and gas drilling efforts would be hampered by the wind farm construction and operations.

Green said the company had its first meeting with Osage Nation government officials, as well as the Minerals Council, on April 15 in two meetings. In his testimony, Green also said the company had been meeting with private land owners as early as 2008 during questioning by Roger Wiley, the attorney representing the Nation, who filed suit through the Minerals Council.

The trial was expedited after Wind Capital Group told the court it needs to start wind farm construction by year’s end for it to be completed by December 2012. The St. Louis company is seeking a federal tax credit for the project, with a December 2012 construction deadline to qualify, and the company argued the lawsuit’s presence is affecting its efforts to secure financing for the project.

Green testified the company has incurred costs of $40 million for the project, to be built on about 8,500 acres near Burbank. He also said the company has entered into contracts totaling about $150 million. In court documents filed before trial, the company stated it is leasing the land from private landowners with some (of the seven) owners who could lose over $250,000 per year if the project is not built.

Craig Fitzgerald, the attorney representing Wind Capital Group, grilled a licensed geologist called to testify for the tribe on Dec. 14. Michael Root, vice president of WeatherBank Inc., testified the Osage Minerals Estate “might” be impacted by maintenance of the wind farm (after construction).

Fitzgerald referred to Root’s report on the case in which Root said the wind farm will be “detrimental” to future and existing minerals operations in the area. Fitzgerald asked Root if he visited the project site to which Root said he hasn’t.

Root, whose background includes wind farm development, said his opinion was “education based,” in studying the data provided to him, but Fitzgerald argued the testimony was speculative.

Wind Capital Group said the company will have about 250 construction workers on hand to build the wind farm with 12 to 15 permanent jobs remaining after construction to maintain the operations.

In a statement after Frizzell’s verdict, Wind Capital Group stated: “We are very pleased and we look forward to building a project that will benefit all Osage County. As we have said since issue first arose, the development of energy sources above and beneath the surface lands of Osage County can co-exist. With this ruling, we will move forward with the construction of the Osage County Wind Energy Project, which will provide clean, domestic energy and bring jobs and economic development to Osage County.”

Principal Chief John Red Eagle issued a statement after the ruling in which he said: “We are truly disappointed with the decision of the court to rule in favor of Wind Capital Group and allow industrial wind development in Osage County. However, we are exploring all our legal options.

“It is our firm belief that the legal standing of the Osage Mineral Estate is paramount and fully protected under federal law,” said Chief Red Eagle, “Should this ruling stand, it would likely have a significant impact on the individual incomes of those who receive oil and gas royalties in Osage County, and it will have an adverse impact on the tribe’s ability to develop its mineral estate.

Wind Capital Group spokesman Tony Lynch also added: “We have the utmost respect for the Osage Nation and hope we can work together in the future for the betterment and benefit of Osage County and its residents.”

OMC Chairman Galen Crum said the Council would also review its legal options at this point.

In his statement, Chief Red Eagle also said: “It is very likely the targeted area for wind development would intrude upon sacred Osage burial sites, which poses a major threat to the tribe’s culture.”

The two-day trial did not touch on burial site concerns but they were raised by Osages to the News in the summer when the Osage County Board of Adjustment approved Wind Capital Group’s conditional use permit for the wind farm project.