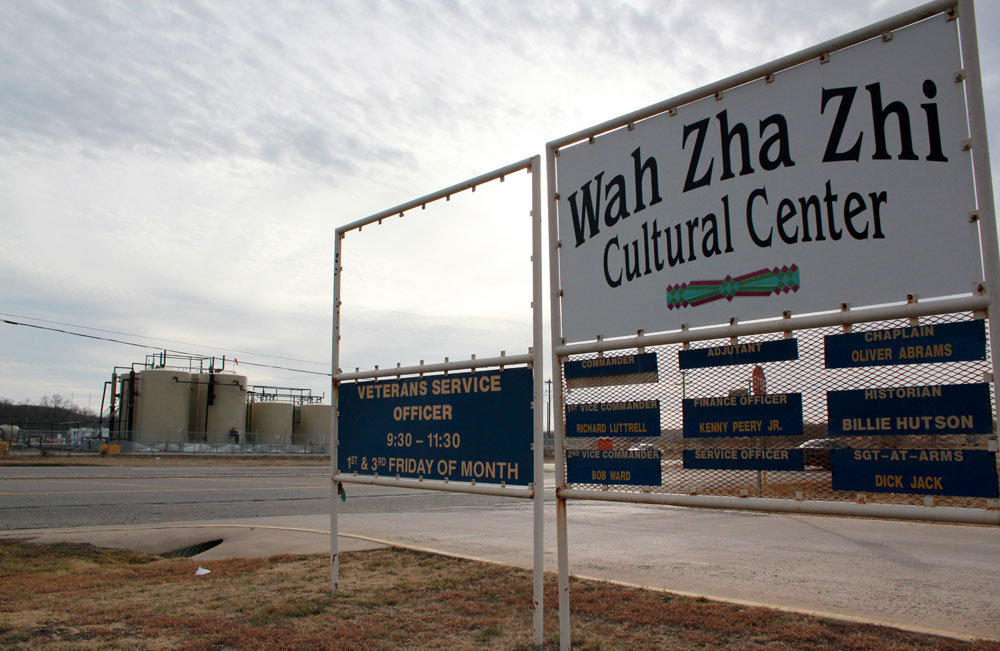 The final rules for oil and gas drilling were published in the Federal Register on May 11 and many fear the worst. Osage Minerals Councilmen Galen Crum and Andrew Yates, who sat on the Negotiated Rulemaking Committee in 2013, said staying the status quo was not an option.

“The Office of the Inspector General found the Osage Agency’s oil and gas management program fundamentally flawed … in need of sweeping changes … It found weaknesses in their oil and gas policies and procedures that guide critical activities affecting royalty payment, it also found their accounting and leasing activities inadequate … agency staff conducts many activities manually,” Yates said. “Staying the same as before was not an option.”

The NRC was formed as a part of the Osage Trust Case settlement. It required a committee to formulate changes to 25 CFR Part 226 that governs the oil and gas drilling on the Osage Minerals Estate. The committee was made up of members from the Second Osage Minerals Council, BIA officials and officials from the Bureau of Land Management. The 155-page new rules were published online May 8.

Not all of the Second OMC voted to pass the new regulations.

In 2013, in eight public meetings, more than 500 comments from the public were taken into consideration while finalizing the rules, according to BIA director Mike Black who spoke to The Journal Record in May. Many of the small oil producers who drill in Osage County have claimed they think the new regulations are a punishment, retaliation against Osage shareholders for winning the Osage Trust Case.

“What really happened during the Negotiated Rule making process is that the Osage side of the committee introduced over 95 percent of the subjects and the proposed new regulations,” Crum said. “We wanted our oil and gas measured properly and royalties paid at or near the top of their fair market value. We also wanted them kept secure from internal or external theft before they are marketed.”

Producers who are against the new regulations have often complained about the following changes:

Crum said the bonding requirement is to ensure a well is properly plugged after a producer leaves and the area is returned to a near pristine condition. In the past, wells were abandoned, left unplugged and the ground and area damaged. He said an adequately funded, well run oil company can apply for a surety bond from a bonding company for a yearly fee that is a small fraction of the bond total.

“The previous bond requirement had several flaws ... the $5,000 dollar amount has been in place for at least 30 years and would now barely cover the cost of even one well plugging and site reclamation,” he said.

The bonding requirement does not affect the larger producers in Osage County because they are nationally bonded, Crum said.

He said the 120-day nonproduction policy gives producers more time to get a lease up and running again. According to the rule, a producer can request an unrestricted extension to show the BIA they are working in good faith. The old rule didn’t have a definite timeframe and the policy terminated a lease after one year of no production, no exceptions. However, in the past it could be five years before a lease was discovered nonproductive or abandoned. Currently, there are thousands of abandoned wells.

The new accounting and auditing rules follow the Office of Natural Resources Revenue and already apply to all Indian and federal lands other than the Osage, Crum said. The Osage agency has entered into an agreement with ONRR to be a subcontractor working for the BIA using ONRR computer capability and expertise, but applying BIA rules and regulations, Crum said.

“This added level of service was not part of the CFR changes, but will bring the Osage agency into the 21st century in their ability to account for and manage the Osage minerals business,” he said.

There are new commencement fees in the new regulations that were raised from $300 to $2,500. Those are applied to final damage payments to surface owners, he said, and only come into play when a producer and a surface owner are unable to come to an agreement on how to handle routes of entry onto their property and surface damages.

The new valves required on tank batteries are to prevent internal and external theft. The policy requires two sealed valves on lines that oil is measured and transferred when traveling from tank to tank.

Prior to the new rule it was found that some oil purchasers stole oil regularly over many decades.

“We sued the BIA and collected a $380 million dollar settlement largely because we were able to show that the BIA was not properly measuring, valuing and ensuring the security of our produced oil and gas,” Crum said. “To think the BIA would not be forced to make changes to both regulations and policies that allowed these deficiencies to occur is illogical.”