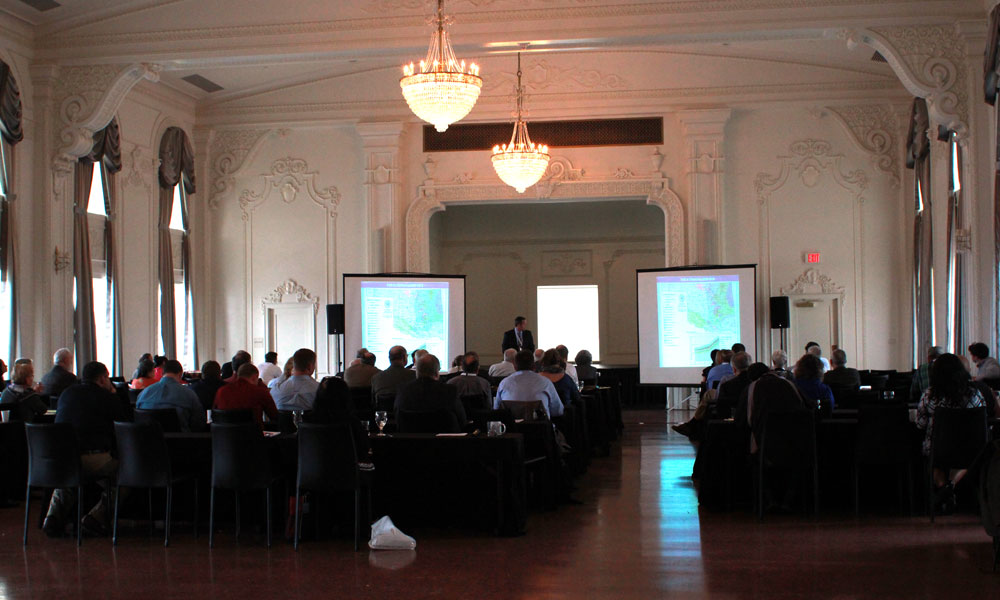 Presentations on the state of the oil and gas industry were made, including presentations about the American Burying Beetle, produced water budget for Oklahoma, application of the National Environmental Policy Act (NEPA), other ways to profit from a mineral estate and a legal and regulatory update.

The summit was held Nov. 4-5 in the Mayo Hotel’s Crystal Ballroom on the 16th floor, with views of the city in every window. Representatives from the Osage County Producers Association, and Osage Nation officials from the Executive and Legislative branches were in attendance. More than 10 booths with oil and gas industry information set up for perusal.

Many of the presentations veered toward the topic of the Bureau of Indian Affairs and their current regulations. A discussion on salt-water disposal wells and how the production of salt water is contributing to the rise in earthquakes in Oklahoma was discussed.

Dr. Kyle Murray, who is with Oklahoma Geological Survey and the Mewbourne College of Earth and Energy at The University of Oklahoma, said his company and the U.S. Geological Survey’s contentions are that saltwater disposal wells and the large co-production of oil and gas and saltwater has increased exponentially since 2009 and will continue to increase.

“Osage [County] has a good bit of water production … most of it is coming from the Mississippian Zone,” Murray said. The Mississippian and Hunton Zones, which include western Osage County, produces the most saltwater in the state.

According to Murray’s research, he measured that when producing one barrel of oil it also produces 12 barrels of saltwater. When producing one barrel of natural gas, it produces 17.73 barrels of saltwater. The saltwater is then disposed of in saltwater disposal wells. Taking this much saltwater from the ground, and if the salt water is near a “strike-slip fault” can cause a shift that could create an earthquake. Co-produced saltwater is generally not reported so it is hard to track. He said he and his team are researching optimization strategies to reduce the detrimental effects of the saltwater usage.

Environmental Impact Statements (EIS) and the BIA’s requirement of Environmental Assessments (EA) was discussed by Fred Storer of Hydration Engineering, PLLC. He spoke about the history and relevance of the National Environmental Policy Act and its application or lack of application in the Osage. He said the requirements set forth by the BIA requiring EA’s from producers is unnecessary.

The new EIS, which has been long awaited by oil producers and landowners alike, was released Nov. 5. The Osage Nation was a participating agency in the drafting process.

Osage Producers Association President, James Sicking, told the summit attendees that producers were never consulted in the changes made to the EIS and they needed to be.

“Once we get the draft of the EIS we’ll take a look at it and see if there are any changes that need to be made,” Sicking said.

According to Shane Matson, who spoke during the luncheon and is a geologist with Bandolier Energy, LLC, said the Osage Agency needs more highly qualified geologists on staff to increase production and to run a more efficient operation.

“The holdup in the Osage is the regulatory process is unknown,” Matson said. “We need highly educated individuals who are motivated and incentivized … if we get there, you’ll see this county thrive.”