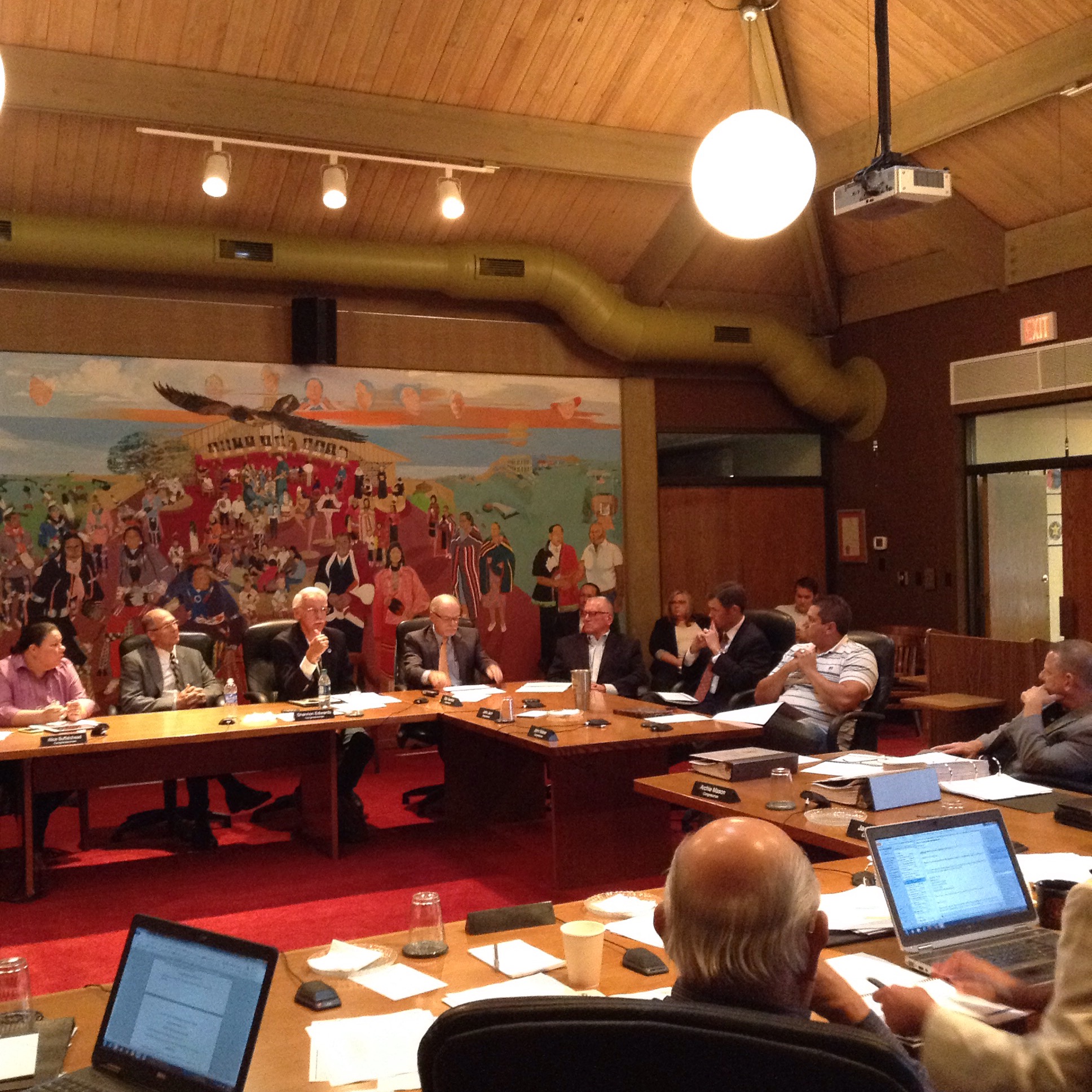 The newly formed Tall Grass Economic Development LLC Board is informing the public that the ongoing investigation into the former business activities of the Osage Limited Liability Company does not involve the current board’s business decisions.

“The recently confirmed Board of Directors of Tall Grass Economic Development, LLC (TED), who continue to serve as the Board of Directors for Osage, LLC, are collaborating with the Executive, Legislative and Judicial Branches to remedy the concerns which precipitated the veto of ONCR 15-23, and to craft similar legislation for consideration in a future session of (the Fourth ON) Congress.

Tall Chief’s letter comes after the Congress failed to override a veto of ONCR 15-23, which is a Congressional resolution stating the Nation “consents to the transfer of all property from Osage LLC” to Tallgrass Economic Development LLC, which includes remaining LLC subsidiaries Osage Innovative Solutions and Osage Pinnacle Design Group. Principal Chief Geoffrey Standing Bear issued the veto and referred to allegations regarding OPDG business matters conducted under the prior Osage LLC management in his executive veto message. The veto and subsequent veto override fail occurred during the fall Tzi-Zho Session in September.

After taking office, Standing Bear hired an independent Tulsa auditor to review the LLC’s past business, which led to the investigation now underway of all business activities, investments and partnerships entered into while former LLC CEO Carol Leese was in charge from 2009 to 2014 when he resigned amid growing criticism and questions regarding the LLC money losses incurred and now under investigation. As a result, there are two pending civil cases filed against Leese and several business partners of his in Osage County District Court accusing him of fraud and negligent misrepresentation.

Tall Chief said: “The concerns which precipitated the veto were related primarily to the business practices in effect under prior leadership and management and not those of the current Board or Management Team. The current Board and Management Team are working diligently to ensure the business practices of Tall Grass Economic Development, LLC and its subsidiaries serve the best interests of the Osage Nation and are compliant with the rules and regulations of the Small Business Administration.”