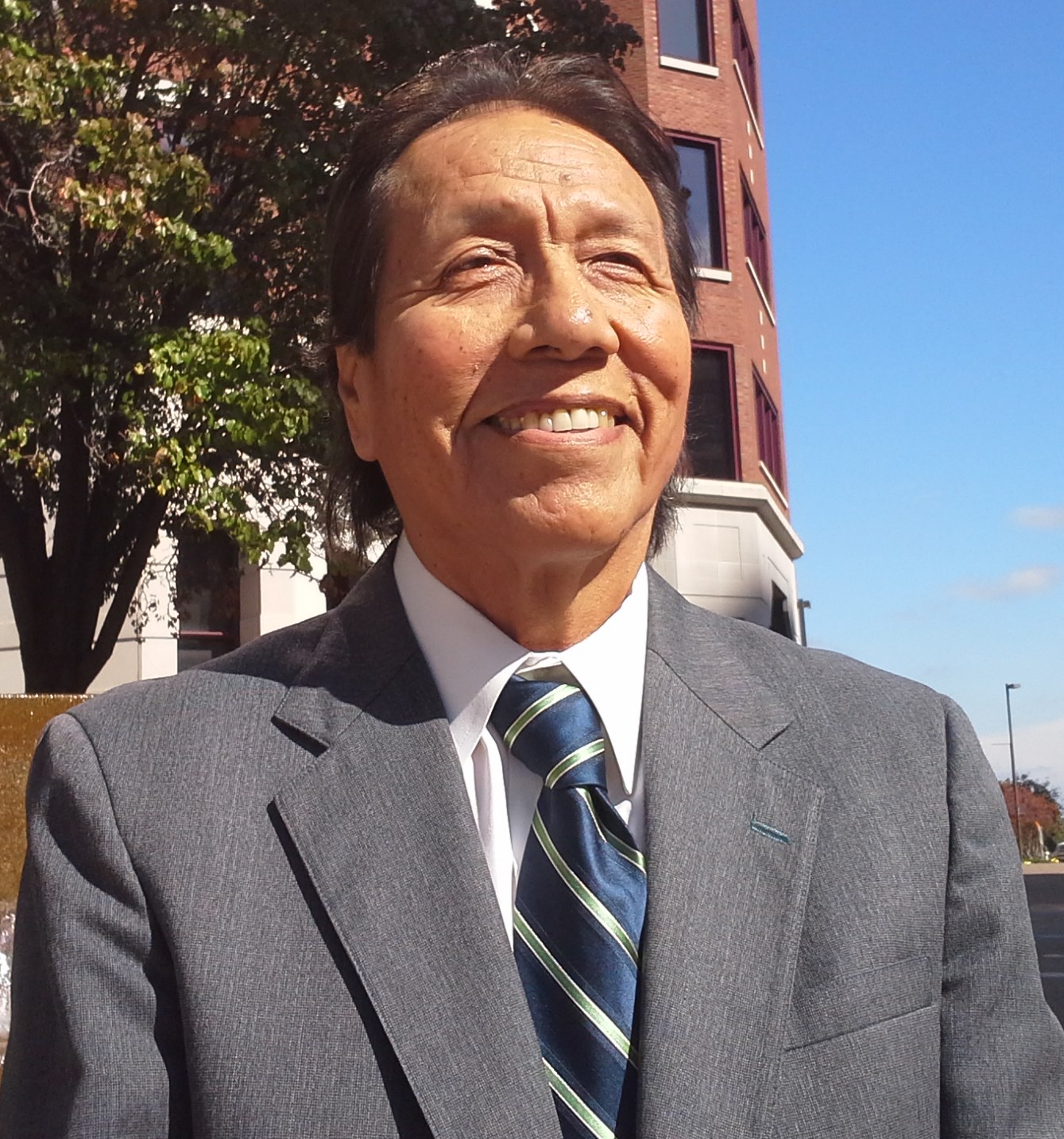 Myron F. Red Eagle announced his candidacy for Osage Nation Congress at a dinner held Nov. 15 at the Wah-Zha-Zhi Cultural Center in Pawhuska. He explained his campaign platform to attendees.

“I have decided to seek election to the Osage Nation Congress in the upcoming 2016 election, where I will focus on wise fiscal responsibility, developing new business opportunities and best business practices based on solid business principles,” Red Eagle said.

He continued by saying: “as an Osage Minerals Council member from 2010 to 2014, I worked to negotiate oil and gas lease concessions on behalf of the Osage shareholders to maximize profits. These negotiating skills would be put to good use serving my people in the next Osage Nation Congress.

“I believe in creating a long-term strategic financial plan to oversee the funds held in reserve for the Osage people. That would be one component of fiscal responsibility that I would work to implement as a member of the next Osage Nation Congress.

“My platform includes: maximizing profits for the Nation, cost-effective measures aimed toward these profits, and a lean approach toward the overall stability of our Osage Nation economy.

“After earning a degree in business administration from Oklahoma Wesleyan University, I accepted a position at Whirlpool in Owasso as an Administrative Quality Assistant. While working at Whirlpool, their management team implemented a ‘lean manufacturing’ approach in which overhead was closely monitored to achieve the lowest overhead while still providing the highest quality product.

“One cost-saving idea that I suggested to management was the recycling of scrap metal left over in the manufacturing process. This idea was implemented and was one of the many cost-saving measures implemented at Whirlpool, which resulted in a significant increase in stock value for the company.

“These are the kinds of best business practices that I would bring to the Osage Nation Congress.

“My approach to the voting process would be to review the election procedures in hopes of increasing voter turnout.

“My plan is to work together to find common ground and to build bridges with the Executive Branch, so that we all work together for the betterment of the Osage people,” Red Eagle said.

Red Eagle concluded by saying, “if my approach makes sense to you, please give me your vote in the June 2016 general election.”

[The Osage News does not edit candidate announcements.]