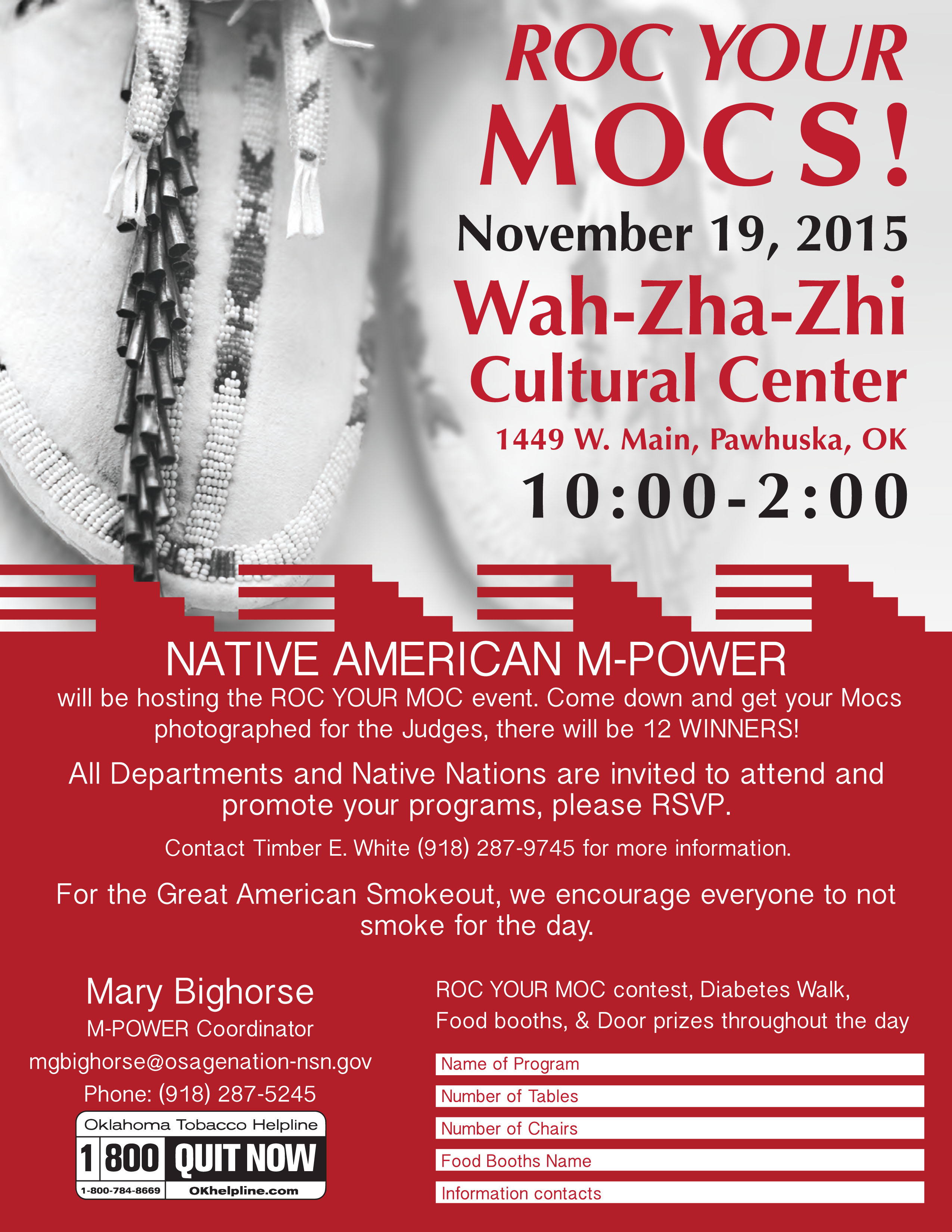 Roc Your Mocs Nov. 19 at the Wah-Zha-Zhi Cultural Center

The Osage Nation Prevention M-Power program is hosting a Roc Your Mocs contest at the Wah-Zha-Zhi Cultural Center on Nov. 19.

The event is in honor of The Great American Smokeout, which advocates for smoke-free communities. Everyone is encouraged to wear your moccasins and only authentic Native American moccasins will be allowed.

Prizes for 12 lucky winners will include Pendleton blankets and cash. The 12 categories for the contest are Best Worn, Most Beaded, Cutest, Most Handsome, Least Beaded, Littlest, Oldest, Newest, Museum Quality, Most Unique, Biggest Blowout and Best Story.

“Other tribes are coming and they just can’t wait to come over,” said Mary Bighorse, M-Power Coordinator. “We have David Murray who will be our emcee and he’s going to play some tunes for us and keep things fun.”

The event is from 10 a.m. – 2 p.m. and will include a walk at 10:30 a.m. inside the WCC, sponsored by the Osage Nation Public Health department. Bighorse said there will be food booths, Native American vendors, demonstrations for clean living and booths by the Nation’s departments.

From 10 a.m. – 2 p.m. the Osage News will take photos of all the contestants’ moccasins entering the contest. The judging will take place after the event is over and winners will be announced as soon as the judges tabulate.

Timber White, project specialist for M-Power, which stands for Moving-Parity Onward With Every Resource, said she and Bighorse have reached out to all area tribes for participation. She encourages all tribal nations to attend and compete in the contest.