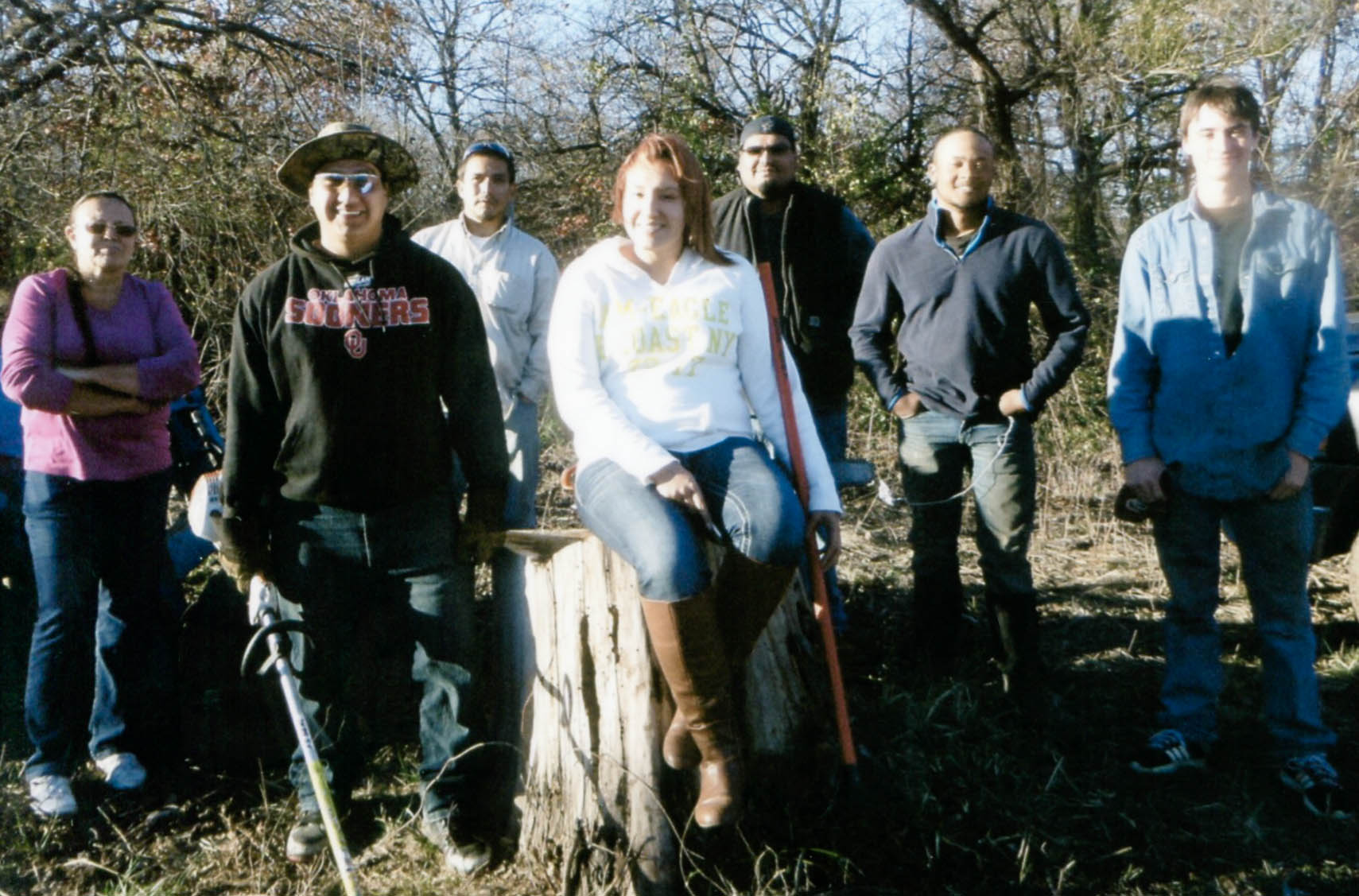 The Pawhuska Indian Village would like to acknowledge and thank the crew of people who worked on cleaning up the grounds as part of the village’s day-labor program.

Former Pawhuska Five-Man Board member Jodell Heath helped oversee the village worker program, used to mow grass and clean up trash, leaves and broken tree branches that littered the village. The program employed several people, many of them village residents, which helped maintain the grounds under the supervision of the village board, she said.

The most recent cleanup project started in the latter part of September and ended on Nov. 25. All of the culverts, run-off ditches, fence lines, tree lines, and fields were cleared of underbrush, debris, dead trees, rocks, metal and trash. The areas that were cleaned out include the north side of the Pawhuska Osage Casino, the west and north side of the village maintenance building, the entire Red Eagle Park area, the corner of State Highway 99 and west 21st Street and the baseball park.

Heath also said the Osage Nation’s Emergency Management and Wildland Fire Management Department, under the direction of Bobby Tallchief, helped with burning of the brush piles from areas that were cleared. Heath said the village would like to issue “a big thanks” to the emergency management workers in addition to the day workers.