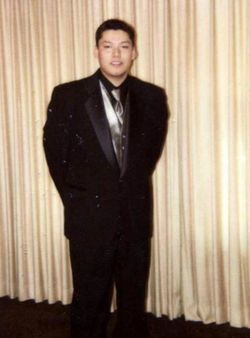 James is a descendant of prominent Osage, Pawnee, and Cheyenne-Arapaho people. He belonged to the Osage Sky Clan and was named Leh-Dah Tse-Kah by Clement Mason. He was given the Arapaho name Drum Chief by his Great-Grandfather, John D. Whiteshirt. James was a member of the Native American Church and St. Joseph Catholic Church. He attended elementary school in Hominy, OK and later received his high school diploma in Arkansas.

James had a beautiful smile and a beautiful voice. His smile was a gift that made all of us feel happy. He had a gift of conversation that connected with everyone and made us want to hear more. James enjoyed his travels across the United States singing with his relatives. James loved to sing the songs of his Native people and sang with a voice so beautiful that, at times, it could make people cry.

James participated in the Osage Elonshkah dances and enjoyed Gourd Dancing very much. He loved his Indian ways.

James was an excellent cook. Wherever he went, he always enjoyed preparing meals for others and had a special touch for making every dish taste delicious.

James is survived by his father, John Walter Fields, his mother, Dana Whiteshirt, and his Godparents, David and Marsha Holding; his six children: Kamrie Gail, Kiah James and Kinlee Star of Hominy, OK; Kiaden John of Pawnee, OK; Rylan Cade and Easton Wheeler of Arkansas.  Survivors also include his sister, Samantha Nicole Fields and brother, Joseph Cade Fields; his nephew Micah Johnathan Two Babies of Pawnee, OK; his two grandfathers: John A. Fields of Hominy, OK and James E. Whiteshirt of Broken Arrow, OK; his grandmother, Charlene Cozad, Hominy, OK; and his great-grandfather, Otto Hamilton II of Pawhuska, OK. James will be missed by a host of family and friends.

James was preceded in death by his grandmother, Lenora Matin Fields and his uncle, Patrick Fields.