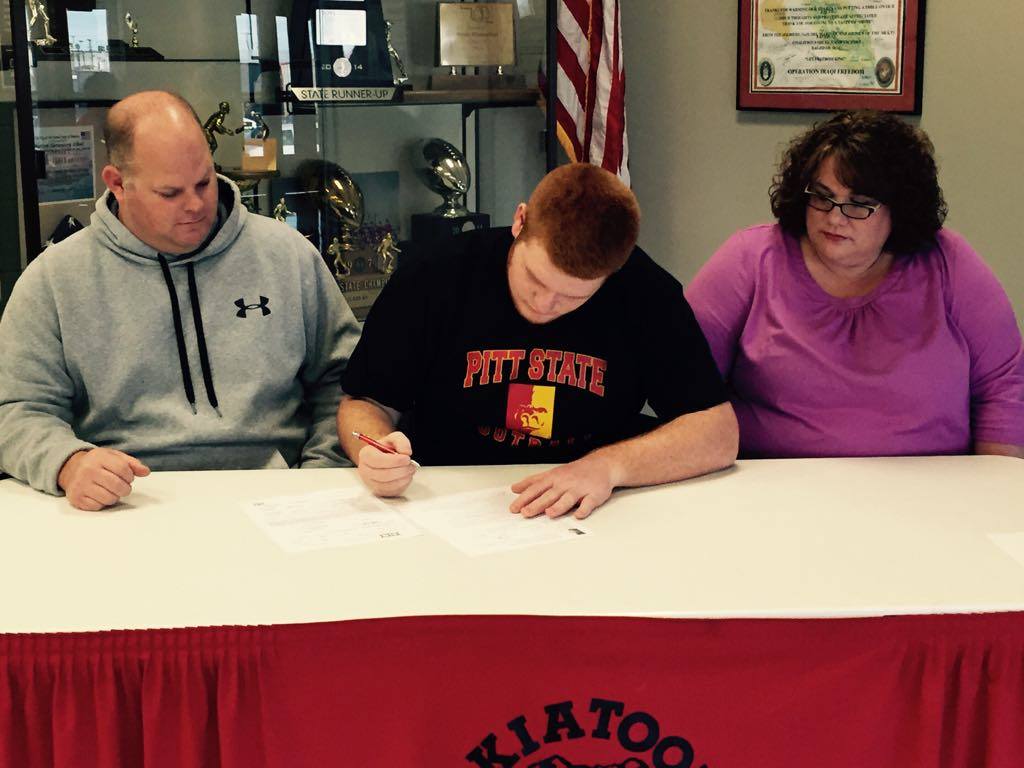 From a Skiatook Bulldog to a Pitt State Gorilla, Appelberg is heading to Kansas

“Grant is a very good lineman that is athletic as well. Grant was a big part of the success we have had at Skiatook! Grant will be very successful at the college level,” said Coach Vance Miller.

Appelberg has been playing football from a very young age, since peewee league. But it wasn’t until the third grade, when they were allowed to suit up in pads, a helmet and full-on tackle, did he fall in love with the game.

He decided on PSU after a campus visit and felt it was a great fit. He said he bonded with the players and coaches, loved the facilities and the atmosphere at their football games was great.

Appelberg also plays basketball and throws the shot put in track for Skiatook. He was State Champion in the shot put in the 2015 season and is looking forward to this year’s track season for his senior year. He was All-State in track and football and a Tulsa World’s All-World offensive lineman in football. He got player of the week three times and has had 46 tackles at defensive tackle and 18 pancakes, where he drives the defensive lineman back and plants him on his back.

“Every time we win as a team, and being with some of my best friends everyday doing something we love, is [something] I will always remember,” he said.

Although sports are important to him he knows that without the grades he cannot compete. He studies hard and carries a 3.75 GPA and scored a 23 on his ACT.

“My dad and grandpa Gary are my mentors. My grandpa played football at OSU and him and my dad always give me tips on how to be better, and those are things I really take seriously because of the experience they have both had,” he said.

Appelberg is the son of Troy and Joy Appelberg and the grandson of Carolyn and Gary Burd.