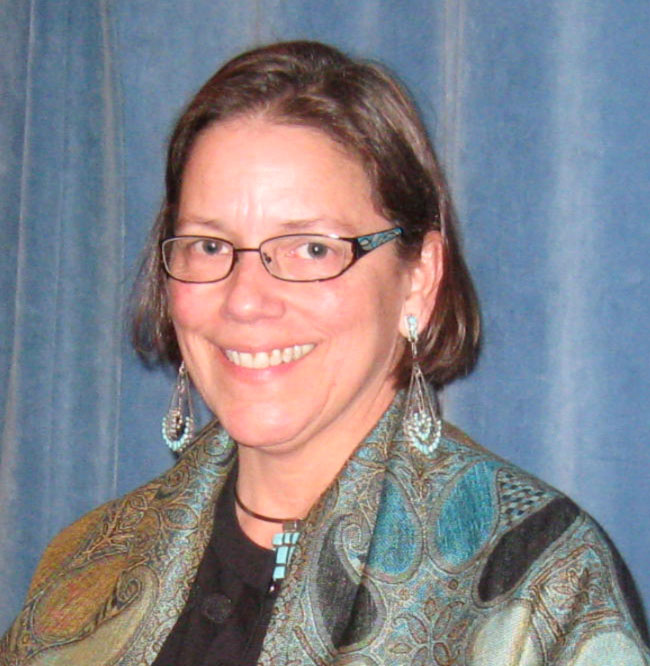 Osage writer Ruby Hansen Murray is enjoying the beautiful scenery at the Virginia Center for the Creative Arts this month, located in the foothills of the Blue Ridge Mountains in rural Virginia. She is there until mid-April on a creative writing fellowship.

Murray, who is from Cathlamet, Wash., is among 25 other Fellows focusing on their own creative projects at a working retreat for visual artists, writers and composers. Each artist has a private bedroom, studio and three prepared meals a day. They are working in a distraction-free atmosphere to focus on their art.

Osage News: Where are you from, where do you live, what district do you belong to, who is your family?

I’m from the Hominy district. My grandmother is the late Jennie Mae Murray, and my father is the late Ted Murray, born in Pawhuska. I spent good times as a child on my uncle Morton and Rosalee Murray’s ranch near Buck Creek. I enjoyed visiting cousin David Arthur Murray in Bartlesville and Leonard Maker, and Clark Batson among other Pettit relatives.

ON: When did you begin to write? Was it always your career?

I started studying fiction seriously about seven years ago. I started a Masters of Fine Arts at Warren Wilson College and transferred to the new MFA program in Creative Writing at the Institute of American Indian Arts in Santa Fe to study with leading Native authors.

ON: What type of writing do you prefer? Creative, poetry, fiction, non-fiction?

RHM: I read more prose than poetry, but I love them both. I use lyricism in both to weave in specific sensory detail and rhythm to engage the reader in the emotion of a piece.

ON: What are your inspirations and why?

RHM: I love reading, and I want to give back. I’m inspired by Perma Red  by Debra Earling. Earling tells the story of an aunt on the Flathead Reservation in the 1940s. It’s a dark story, beautifully told. I love the rich Osage world that Osage poet Carter Revard creates. I’m interested in capturing life on the page, so that the reader can lose herself in the words in the same way that a film transports you.

I want to contribute to the literature by Osage authors. I look for those stories myself, and I’ve heard others say they want books by and about Osages for their children. When I saw Mindy Standley’s books on the shelves in the preschool immersion center, I was excited. Mine are different, but I want them on the shelves too.

ON: Where can Osage News readers find your published works?

RHM: My work is inspired by the commercial fishing world of the lower Columbia River estuary as well as my historical research relating to the Osage ancestral lands in the early 19th century.

My nonfiction has appeared in American Ghost: Poets on life after Industry, Oregon Humanities Magazine, and Wild in the Willamette and been read on National Public Radio. Poetry and fiction appear in Yellow Medicine Review and Tribal College Journal.

Poetry and fiction are online in About Place Journal, Salal, Tribal College Journal.

Photographs appear in Hinchas de Poesia, American Ghost: Poets on Life After Industry and in collaborative projects with Brazilian poet and translator Lucia Leao in Duende and Conversations Across Borders. Past photographic exhibits include “Connecting Waters,” curated by Lower Columbia College in Longview, Wash., and at River Life Interpretive Center in Skamokawa, Wash.

ON: Could you give me a run down of all the fellowships and creative writing workshops, classes you’ve participated in or given?

I started MFA study at Warren Wilson College. I’m completing an MFA in Fiction/Creative Nonfiction at the Institute of American Indian Arts in Santa Fe and  expect to graduate in May, 2017.

I enjoy offering creative writing workshops to groups as varied as the Osage Nation’s PRT chemical dependency center, the professional writers at the Port Townsend Writers’ Workshop and my small community along the Columbia River.

I’ve been awarded fellowships at the Virginia Center for the Creative Arts, Island Institute in Sitka, AK, Jentel and Brush Creek in WY, and Hypatia-in-the-Woods in Washington, as well as multiple residencies at Playa in remote eastern Oregon.

ON: Lastly, is there anything else you would like to include?

RHM: One of the most rewarding moments in my writing life happened at a naming in Grayhorse. We were having dinner and a friend introduced me as a poet to his teenage daughter. I identify more as a prose writer than a poet, but a number of Osages know me as a poet, because I first read poetry on the reservation at Louis Gray’s Osage Writers’ Summit in 2009. This young lady said she wanted to be a poet when she grew up, that she had a notebook and was writing poems. When I told her she already was a poet, she looked surprised and pleased.

The writing workshops I’ve offered at the Northern California Osage meetings have been a way to have conversations with Osages about things that matter. It can be lonely living far from the reservation. It’s a gift to be able to visit with other Osages in between trips home. One of the best workshops I’ve given focused on mapping places that are significant to us. Principal Chief Geoffrey Standing Bear and Adeline Choi of Grayhorse both described rich early memories.