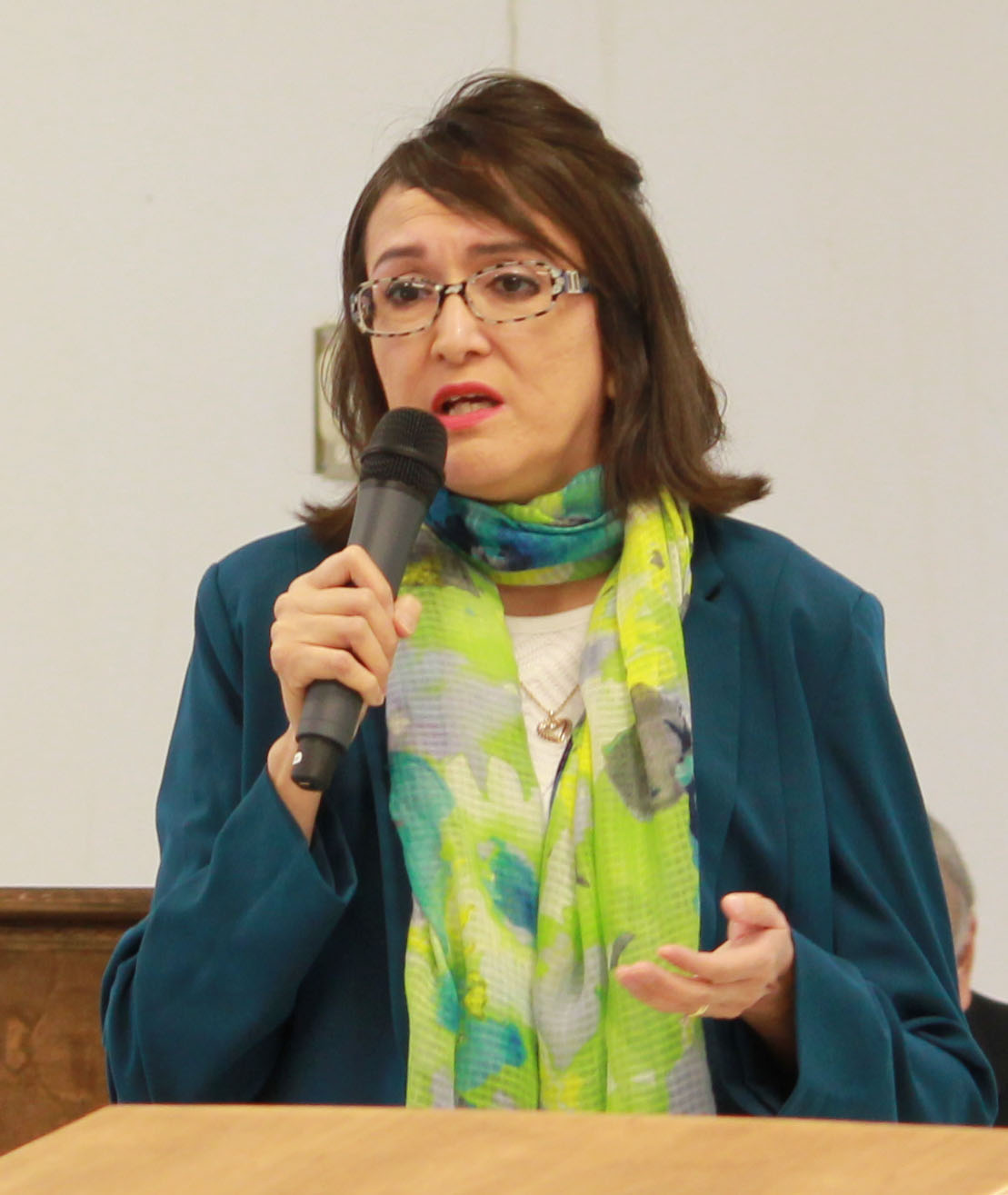 Morgan, who spoke to tribal leaders at a Jan. 30 quarterly meeting of the United Indian Nations of Oklahoma, Kansas and Texas, said Indian Country has made it through tough times before, referencing possible changes that could be coming from the Trump administration.

She said her goal as liaison is to convince more Native Americans to run for public office. Whether it be for a local School Board, City Council, County Commission, State Representative or State Senator.

“My tribe, the Cheyenne Arapahos, we have 13 counties. We don’t have anyone there to represent us. How many districts does that cover? How many districts across Oklahoma do we have with tribal members in those seats? We have a few,” she said. “I want to see a Comanche, a Cheyenne Arapaho, a Ponca, Kickapoo, Absentee Shawnee, I want to see all tribes represented. That’s my goal.”

She said she ran for public office last year because she was consistently ignored by her elected representatives and she was tired of not having anyone to represent her at the state level. She lost her race, but when the chance to become the Democratic party’s liaison came up, she knew she had to try to get Natives to run for public office.

“With everything going on we need to have a voice ... I would like to see more of us up there at the state level,” she said. “My message to you, as the tribal liaison for the Oklahoma Democratic Party, is we’re here to support the tribes, we want to connect, build a relationship, I will be coming out and visiting you, scheduling appointments with all the tribes.”

She saidthe Oklahoma Democratic Party is interested in having a tribal leaders summit at the end of the year and she is helping to organize it.

For more information about the tribal leaders’ summit or if you have any questions about running for public office, contact her by email at: larenda@okdemocrats.org