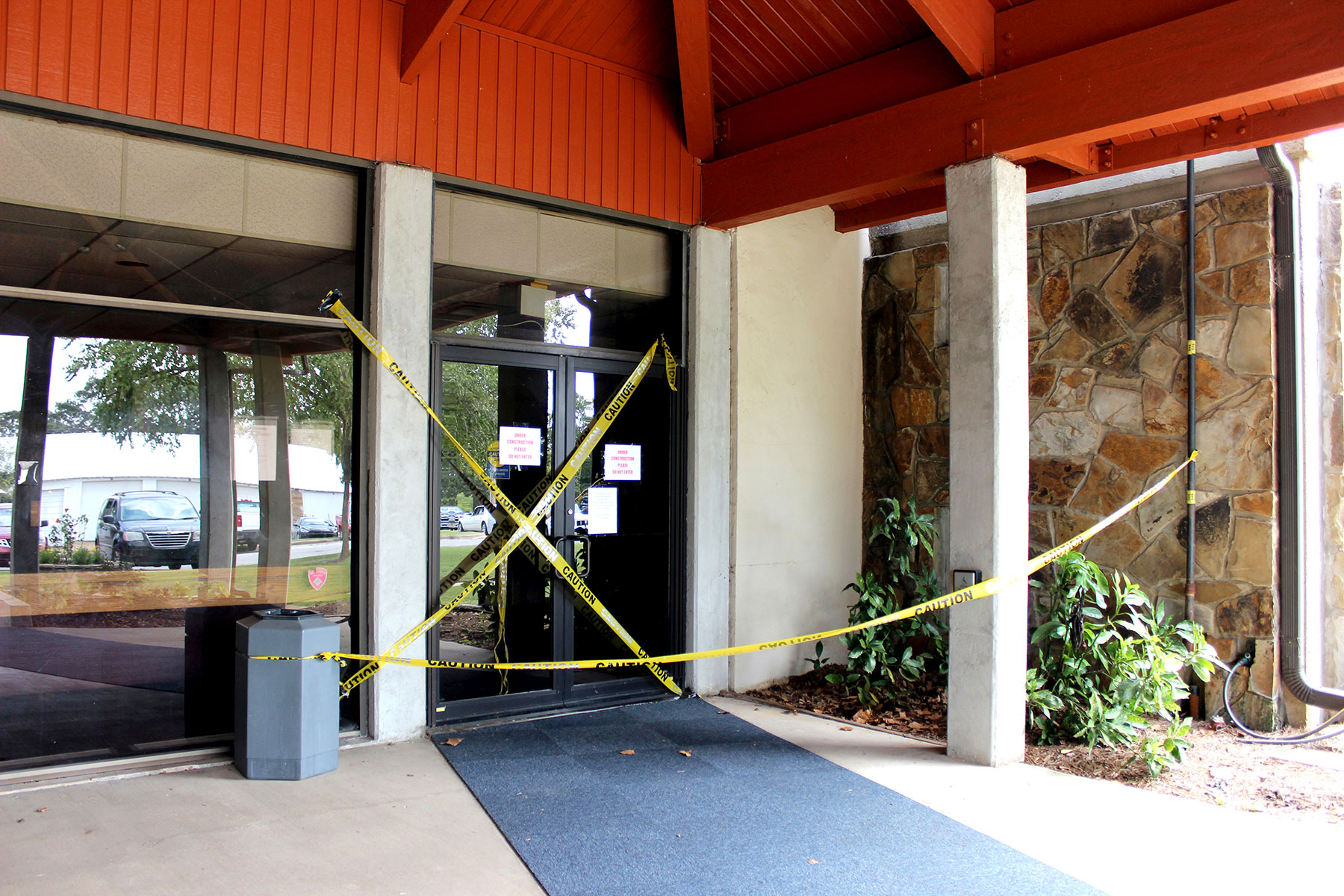 A leaking roof and flooding from recent rains prompted a shutdown of the Osage Nation Congressional Chambers and Osage Minerals Council offices due to black mold in the 40-year-old building.

As ON officials address the building problems, plans are underway to relocate the 2017 Tzi-Zho Session to the former First National Bank building along Main Street in Pawhuska. The main sessions, which typically start at 10 a.m. on meeting dates, will be held on the ground floor of the building purchased by the Nation in 2015.

Congressional Speaker Angela Pratt said: “I have been notified that the chambers will not be ready when we begin Fall session (on Sept. 5). The Director of Operations Casey Johnson notified me that it would be at least a week to two weeks into the session before it would be ready. The plan is to meet at the (former) First National Bank for session and committee meetings.”

The ON Communications Office plans to continue providing audio and video livestream coverage of the sessions while they are held in the former bank building. The Nation’s online livestream address is: www.osagenation-nsn.gov/multimedia/live-media

Congressional Committee meetings are scheduled as necessary during sessions to initially consider bills, resolutions, government budgets and other matters brought for Congressional consideration.

The OMC also uses the chambers for its meetings and its offices are located across the lobby from the Congressional Office. The OMC offices are also impacted by the water damage and its offices, along with the lobby restrooms, are closed off to the public. The Congressional Office, along with the neighboring Bureau of Indian Affairs Osage Agency Office, both remain open in the building.

Until further notice, the OMC Office is now temporarily relocated to the ON Welcome Center in Room 215. The eight-member OMC will meet for its meetings in the ON Law Building located next to the Welcome Center in the first-floor conference room (No. 121) during the building shutdown.

The Congressional Affairs Committee, which has jurisdiction over Congressional Office affairs, met with Executive Branch officials to discuss the problems on Aug. 16. Bruce Cass, director of the Nation’s Tribal Development and Land Acquisition Office, said recent rains caused moisture issues in the building, which prompted a shutdown of the building after black mold was discovered.

“We’re still in the process of putting together schedules, numbers, talking to the insurance company to determine what is going to be covered and what isn’t,” Cass told the committee.

Congressman Archie Mason recalled the Nation’s Campus Master Plan had three phases for new campus buildings. Phase I of the plan was completed with the new Welcome Center and Law Building. Mason noted a new Congressional building was in Phase III and asked Cass if the plan is still current. Cass said the plan needs to be revisited so the Nation can see what are new priorities.

The Chambers building opened as the new meeting place for the former Osage Tribal Council in 1977 when the 24th OTC was serving, according to The Osage Timeline.

Johnson also told the committee plans can change and noted his office is in discussion with professionals to see if the three painted wall murals in the building can be salvaged and relocated. Osage artist Robin Polhamus painted the murals located in the Chambers meeting room and lobby.

Johnson told the committee, as a constituent, he would prefer a new building be constructed adding “it seems putting patches on things never work,” noting Congress will be the entity to decide on appropriating money for a new building.

Second Congressional Speaker Alice Buffalohead, who chairs the Congressional Affairs Committee, agreed the building issue is bigger than prior discussions to remodel portions of the building and said those prior plans should stop.

“I think we are going to have to be making some decisions soon, I don’t think we can keep putting this off,” Buffalohead said. “Also, we have to realize we’re not the only ones in here, we also have constituents that come in those chambers, we have elders and we have youth that comes in those chambers on a regular basis. We need to be considering everyone’s health and well-being.”

During sessions, Congressional meeting notices and agendas for sessions and committee meetings are posted online to the Legislative Branch calendar at: www.osagenation-nsn.gov/who-we-are/congress-legislative-branch/calendar