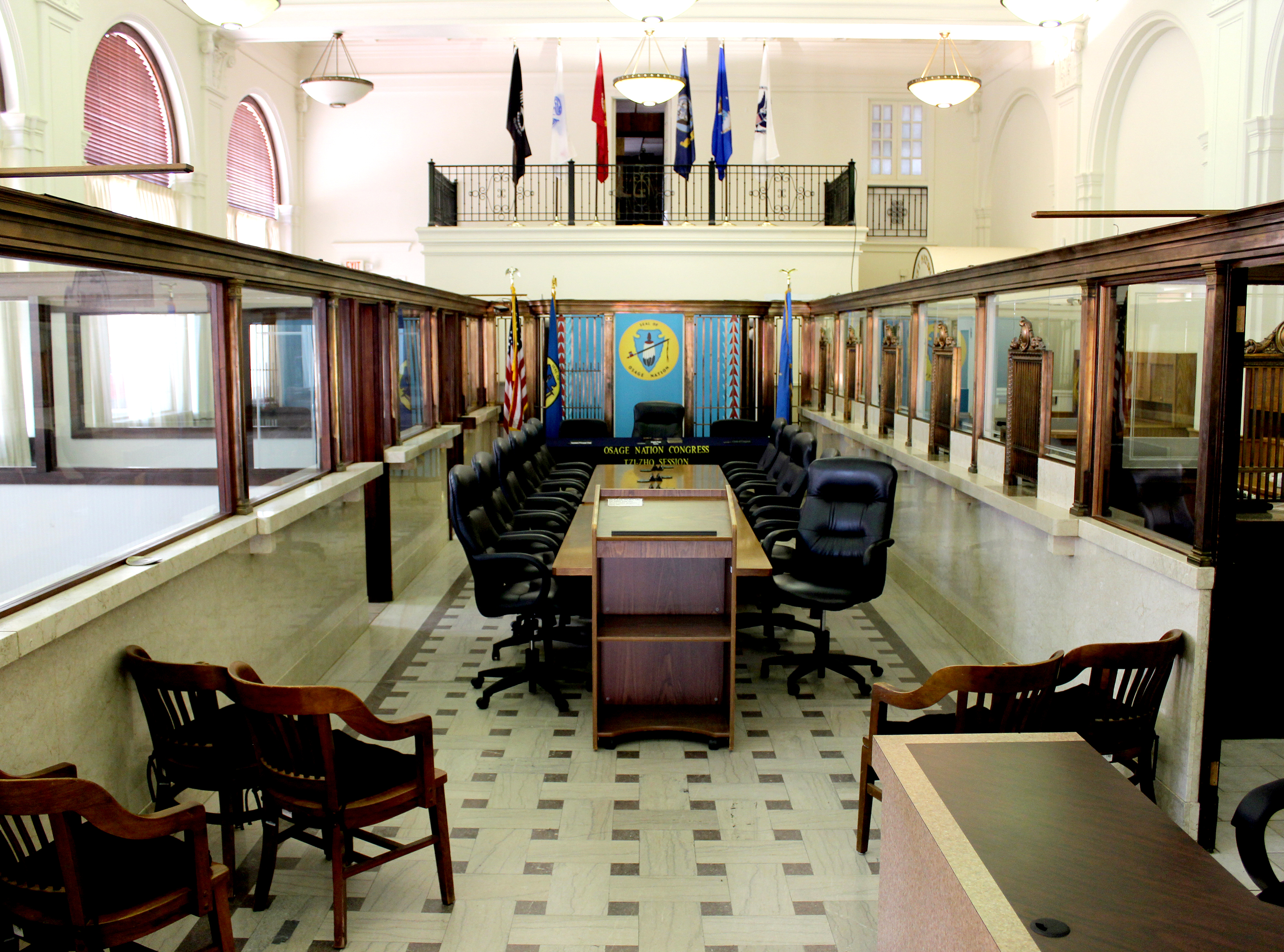 ON Congress convenes for 2017 Tzi-Zho Session

The Fifth Osage Nation Congress will convene for its 2017 Tzi-Zho Session today at 10 a.m. at the former First National Bank building in Pawhuska.

The Congress will meet in the ON-owned former bank building due to ongoing repairs in the Congressional chambers building due to black mold, caused by a leaking roof and flood damage from recent rains. The relocation could last weeks, pending the progress of repair work.

The former bank building is located at 100 W. Main St., across the street from the historic Triangle Building.

Per the Osage Constitution, the Congress shall convene twice annually in regular sessions that are six months apart with the second one titled the Tzi-Zho Session. The sessions are limited to 24 days, but may be extended three extra days at the written request of two-thirds of the 12-member Congress.

Throughout the session, the Congress typically uses committee meetings to initially consider the budgets for the Nation’s government operations divisions, the three ON government branches, cultural appropriations and other independent entities and boards/ commissions.

The members will meet in Congressional committee meetings, which will be scheduled as needed throughout the session for initial reviews and consideration of legislation, budgets and other matters such as board/ commission member appointments for Congressional confirmation consideration.

Congressional meeting notices and agendas for sessions and committee meetings are posted online to the Legislative Branch calendar at: www.osagenation-nsn.gov/who-we-are/congress-legislative-branch/calendar

During the session and committee meetings held in the former First National Bank building are public meetings (except executive sessions) and will be live streamed at: www.osagenation-nsn.gov/multimedia/live-media