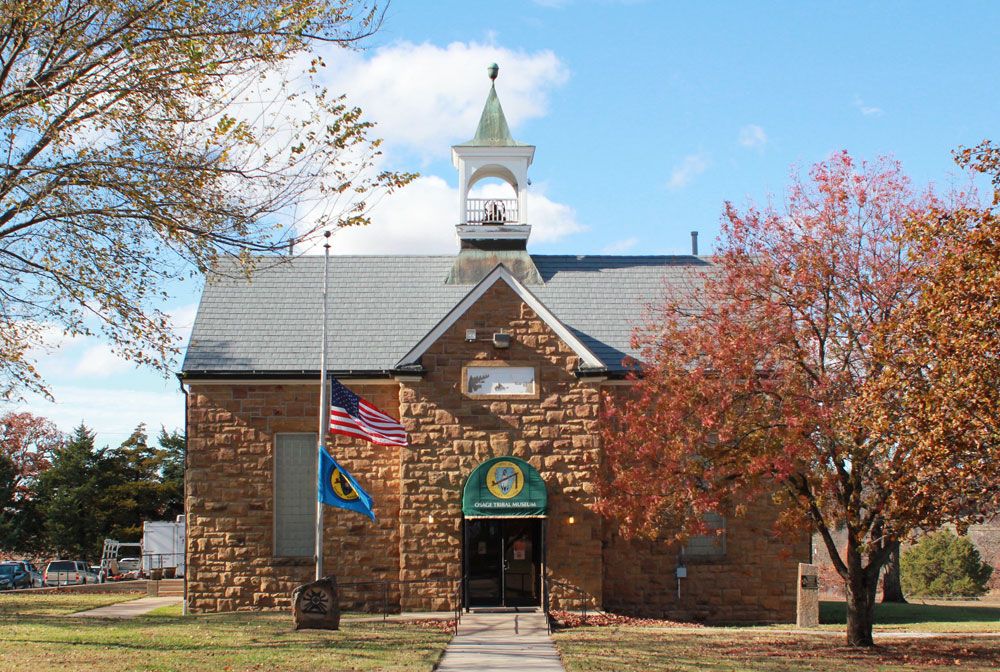 2018 elections to be held at Osage Nation Museum

Osages will again be voting in the 2018 elections “on the hill” in Pawhuska after the Osage Nation Election Board voted to make the ON Museum the polling place for the primary and general elections.

The ON Museum is located next to the Congressional Chambers building, which served as a polling place for both the June 2014 general election and the Osage Minerals Council election. The Chambers building remains closed due to mold caused by rain flooding and roof leaks and both government entities have since relocated to other Nation-owned buildings.

Election Supervisor Alexis Rencountre said the museum is in a “great location for filling our needs” and noted the museum is closed to the public on Mondays due to open Saturday hours, so there would be no inconvenience on visitors. The museum is also located across a campus road from the park area where candidates set up campsites on election day to meet voters as part of a long-running Osage election tradition.

Shannon Lockett, Election Board Chairwoman, said she recently toured the ON Museum, which received renovation work in recent years, and agreed “it looks ideal for me.” She also said people have complained about the previous elections’ poll located away from the campus at the former Wah-Zha-Zhi Cultural Center on the west side of Pawhuska in 2016 and the 2017 special election.

Election Board member Belle Wilson also agreed, noting the past Osage Minerals Council elections were also held on the hill and the next OMC election will also be June 4, 2018. The OMC elections are arranged and held separately by the entity’s respective office and only Osage shareholders are allowed to vote in OMC elections.

During their Nov. 7 meeting, Lockett, Wilson and board member Terry Hazen approved election policies and procedures for the 2018 election year listing the polling place as the ON Museum.

The two candidates who receive the most votes in the primary election will be listed on the June 4 ballot.

For the general election, candidates running for Executive Branch offices and six open spots on the ON Congress will be on the ballot along with the Judicial Branch judges up for retention votes and any questions referred for a vote. The candidacy filing period for ON Congress is Feb. 6-March 12, 2018.

For more election update information and candidate filing forms, contact the ON election Office at (918) 287-5286 or visit the Nation’s website at: www.osagenation-nsn.gov/what-we-do/elections