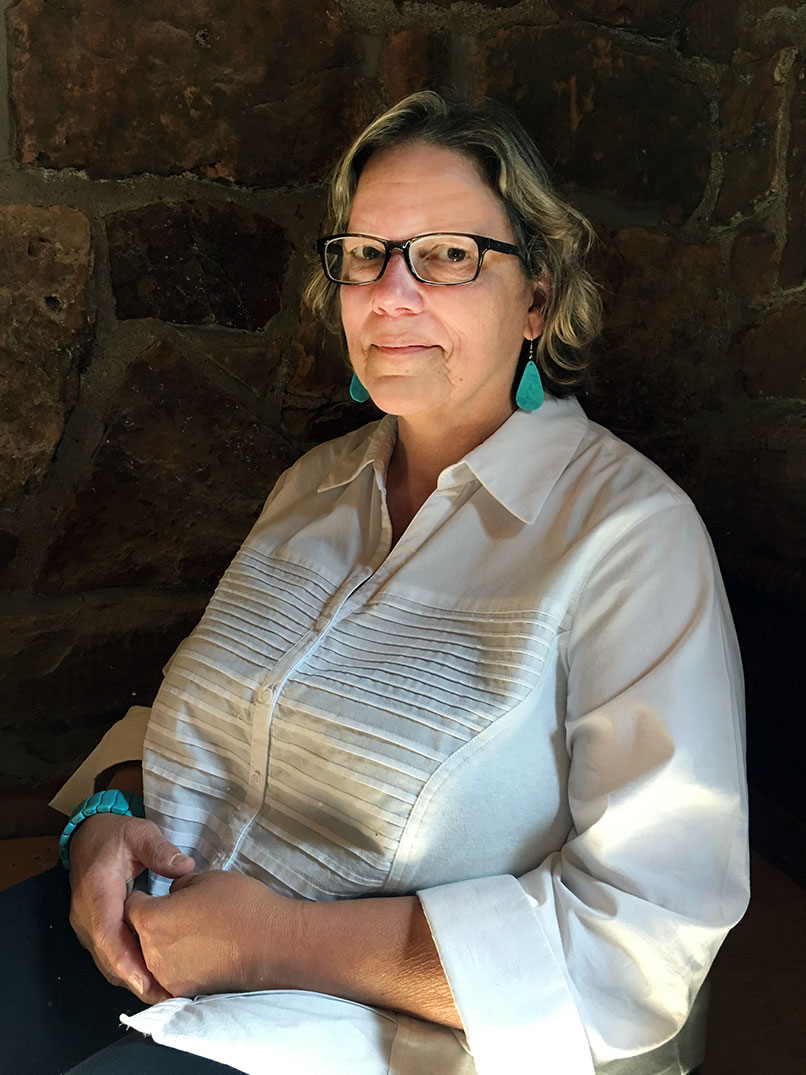 Picking Up Where You Left Off

When I was home in October, I saw the first shipment of bison delivered to the Osage Nation’s Bluestem Ranch. I live along the lower Columbia River, about 41 river miles from Astoria, Oregon, so unless I’m on the Tallgrass Prairie Preserve, the closest I come to bison is You Tube videos: a bison turning quickly to chase a tourist around a tree or a visitor to Yellowstone filming a bison walking sedately along the narrow edge of a road beside a line of RVs, when a man in the car ahead slaps the bison’s rear out the passenger window, and the animal—lightening fast— kicks the car.

I remember driving with a cousin after dusk on the Tallgrass Prairie Preserve in the early 90s and seeing luminous eyes that looked like bouncing ping pong balls as animals ran across a wash in front of us. I’ve also felt the stink eye of a big bull, maybe because he thought I was too close to a cow crossing the road. I had a visceral sense: he’s bigger than my whole car.

I had attended the 25th anniversary of Returning the Gift, a conference for writers in Norman, and was coordinating a visit to John Joseph Matthew’s cabin with Chief Standing Bear, when he invited me see the first shipment of bison coming to the Nation’s Bluestem Ranch. Bison had been on the 43,000-acre ranch that Ted Turner owned in Osage County, but these twenty yearlings coming from the Wichita Mountain Wildlife Refuge near Lawton would be part of an Osage enterprise.

On October 13th, I drove west out Highway 60. I’ve never lived in the Osage. My Dad was born on the reservation, but my grandmother moved her family to Denver in the late 1920s. Like so many Osages, my father enlisted in World War II. He stayed in the Army, and we were a military family. When we returned from Europe or Japan, we visited my uncle Morton and Rosalee Murray on their allotment toward Bartlesville. I regret that I don’t know the long history of the ranches in the Osage the way those who live at home do.

I followed the Chief and a cloud of dust, past cattle and cattle guards, curving west toward the Ferguson pens. Cars and trucks were scattered around loading chutes and pens. People were visiting in small clumps, some I recognized and some I didn’t. The Assistant Chief Raymond Red Corn, Congresswomen Maria Whitehorn and Angela Pratt, and artists Addie and Anya Roanhorse and Yatika Fields were there. Reporters and editors from the Osage News, Fairfax Chief, The Big Heart Times, Pawhuska Journal-Capital, and the Bartlesville Examiner-Enterprise stood around with cameras slung over their shoulders. Mineral Council Chairman Everett Waller sat in a circle of folks in the shade of a pickup.

While we waited for the truck on it’s way from Oklahoma City, an Osage wildland firefighter, who had been at the fires in Montana noticed my Zon-Zo-Li canvas bag. “I’m Pawhuska,” he said. I told him I wouldn’t hold it against him, and we laughed.

When the stock trailer arrived, women and men put on their blankets. Most of the animals ran out of the trailer into a narrow pen. We waited again, while the driver climbed onto the truck, calling and slapping the sides, trying to induce the stragglers out. Finally, three young animals bolted.

Everett Waller raised an eagle wing fan and welcomed those animals home. I can’t do justice to his prayer, but what I heard him say spoke to the fulfillment of generations of Osages, of the promise and desire for the Wah Zha Zhi to be whole again, as our Creator wanted, our people with our land and our ways.

Gates opened and the bison started running down a long chute toward where I stood, behind what I hoped was a solid gate of red, steel pipe. Killdeer peeped and flashed white as sun hit their wings. The animals ran, slopped through puddles, while I shot with a telephoto lens, until I had to lower it to see exactly how close they were. I thought of the Wah Zha Zhi men who went hunting among the herds and the bravery they had, and of the women who worked with the hides and meat of those large animals. The bison stopped and when they’d looked us over, ran to an adjacent corral.

In the parking area, ranchers in cowboy hats stood near their trucks, and I spoke to friends, while people went home to family and dinner. I had a good feeling. I was grateful to have been invited to welcome the animals, to have been, as the Chief said, at the right place at the right time.

I drove the county road through veils of dust dissolving in evening light, and thought about Anya getting down from the tailgate where she was sitting to hug me and introduce me as her grandmother’s friend. This is what being Osage is about, our family and friends, our history, the land and our Osage ways.