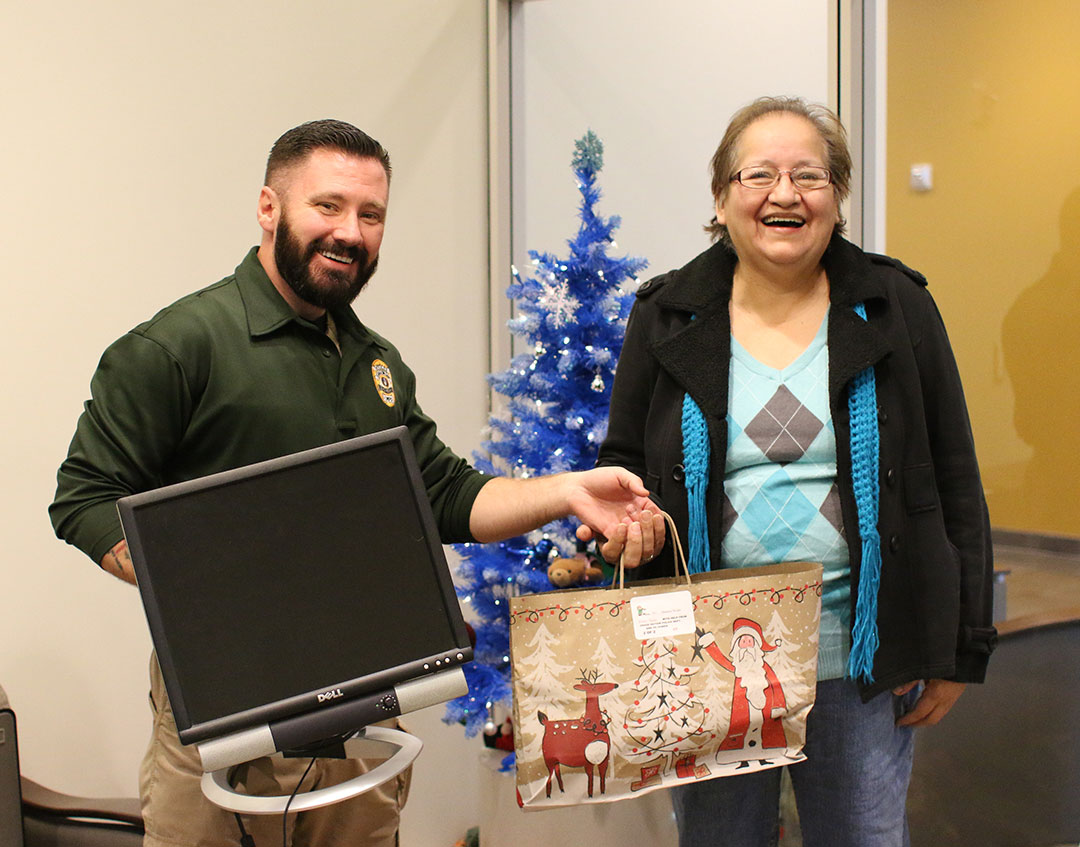 Grace Lamb is an Osage grandmother living in Pawhuska, helping to take care of her 8-year-old grandson. Part of that care is being his tutor for his homeschool program. While she and her grandson spend many days navigating his school-provided laptop, she has wished they had a home computer to help with research. On Dec. 22, her wish came true.

The Osage Nation Police Department is in its sixth year partnering with nonprofit PC Power’s North Pole Computer Project, which gives away free refurbished Dell computers to families in need at Christmas time. ONPD partners with the Nation’s Temporary Assistance for Needy Families program to select from their TANF clients who will receive a free computer.

Lamb, 63, said her daughter received the call about the free computer and thought it was a scam.

“When she got off the phone I told her, ‘no sister, it’s not a scam.’ I told her last year they gave them away because I remembered reading about it in the Osage News,” Lamb said. “She said ‘Really? My son won a computer?!’ and I said ‘Yes! Boy howdy we couldn’t have gotten a better Christmas present!’”

This year the ONPD gave away 14 computers to Osage families living in Osage County, a record, said ONPD Investigator Mike Kennedy, who spearheads the project for the Nation’s police department.

“We were originally going to be supplied with seven computers. But, I talked to a few people and they provided seven more,” Kennedy said. “I talked to Karen Ford and I told her if we are able to, I would like to get even more for Osage tribal members next year.”

Lamb, who has 16 grandchildren, said her grandchildren are very excited about the computer and she hopes to provide her grandson who lives with her an even better education at home.