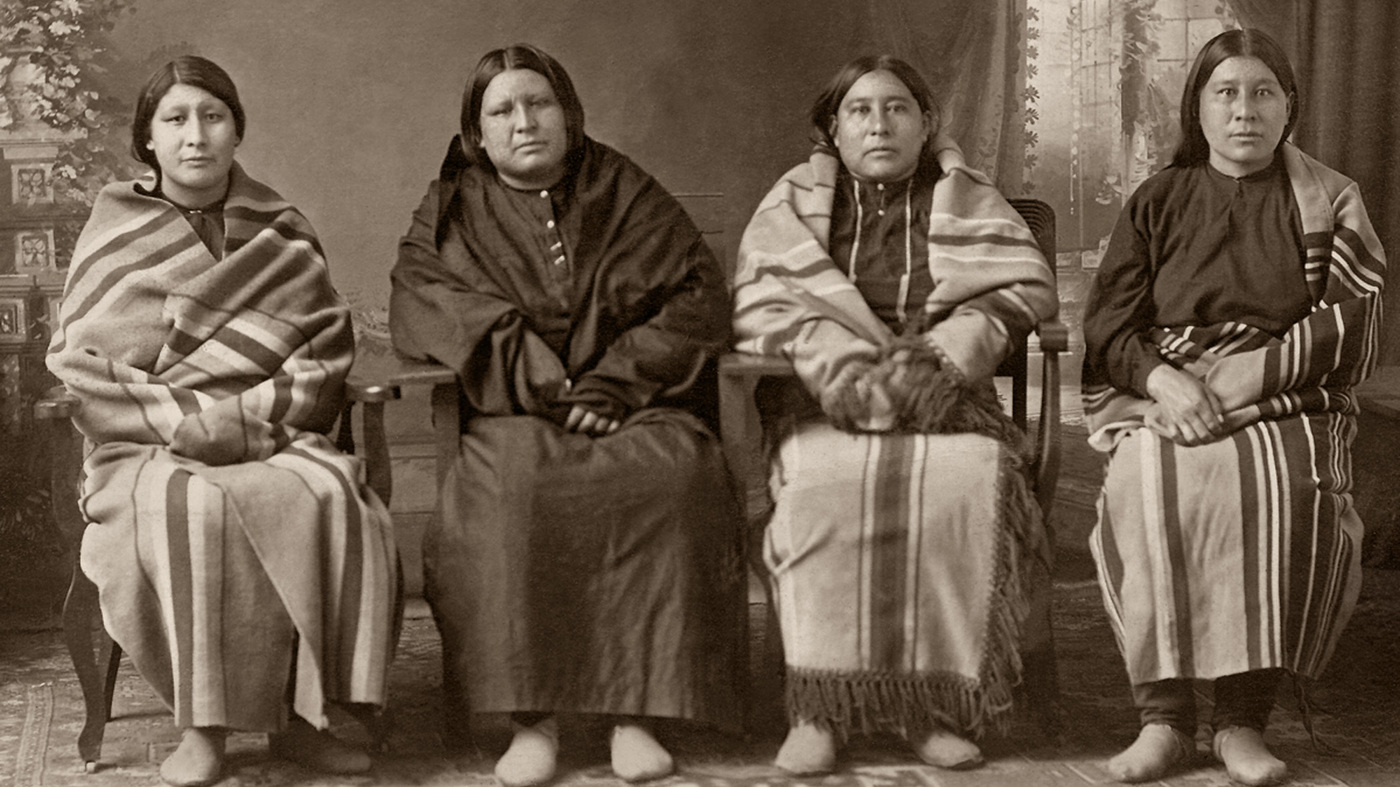 Two executives from Imperative Entertainment, the production company that purchased the rights of David Grann’s best seller “Killers of the Flower Moon: The Osage Indian Murders and the Birth of the FBI,” are touring the Osage Nation Jan. 25-26.

“We appreciate the opportunity to meet with Chief Standing Bear and other members of the Osage Nation, who have generously offered their time and resources on this project. We're looking forward to bringing this amazing story to the big screen,” according to a prepared statement from Imperative Entertainment producers.

Principal Chief Geoffrey Standing Bear and his two ambassadors for the film project, Chad Renfro and Addie Roanhorse, took Imperative executives Jillian Apfelbaum and John Atwood to the Whitehair Memorial outside of Hominy, the Grayhorse Indian Village, and to Fairfax, where most of the murders take place in the book on Jan. 25. Renfro is an Interior Designer and business owner who is also a board member for the Osage Nation Foundation and Roanhorse is the senior graphic design artist for the Office of the Chiefs, an artist and business owner.

Apfelbaum is Head of Film for the Santa Monica-based Imperative Entertainment and is a producer for film, television and live entertainment and is currently working on recently acquired Faster, Neal Bascomb’s upcoming novel about French Jewish race car driver Rene Dreyfus, as well as Tangerine, Circling the Sun, The Fifth Season and Sand, according to Deadline.com. Atwood is the CFO/COO at Imperative, according to his LinkedIn profile.

The Whitehair Memorial is the former estate of Lilly Burkhart and is the home to the Louis Burns Collection (Osage Historian). The estate is now managed by the Oklahoma Historical Society. The Grayhorse Indian Village is also discussed at length in Grann’s book, as many Osages still lived in the area. Standing Bear said they were also taking the executives to meet with Drs. Joe and Carol Conner in Fairfax to visit historical sites and buildings, specifically the locations discussed in the book.

Interviews will also take place with Osage elders Mary Jo Webb and Trial Court Chief Judge Marvin Stepson, whose grandparents were murdered during the Osage Reign of Terror and who are also featured in Grann’s book. The interviews took place in the renovated home of The Mason Family in Grayhorse, which was the Federal Agent’s home at the time the story takes place, Standing Bear said.

On Jan. 26, the executives will be touring the Osage Nation campus in Pawhuska and various cultural sites around the Pawhuska area.

Standing Bear said the Nation reached out to Imperative when they heard they had no plans to film in Osage County or use Osages in the creative process.

“We went right into action because Chad arranged a phone conference with Imperative and I asked them who is checking on their Osage language pronunciations and it was silence at the other end of the line. They said we have great respect for Native traditions and I asked them again, who is working with you on the Osage language because there were many Osages in the 1920’s who spoke only Osage. Again, silence. I said, 'I hope they’re not going to be speaking Cherokee,'” Standing Bear said.

Renfro also brought up the fact that many Osages in the 1920’s were still wearing traditional clothing and that the Nation had many craftspeople and artisans who could create the clothing for the Osages in the film.

“Other disturbing information we received was the first draft of the screenplay was written and it emphasized the FBI story in this book and the Osage story was in the background. We are trying to bring the Osage story further to the front,” Standing Bear said. “It’s their movie, so we can’t tell them what to do, but we are trying to reach out to them and show them our rich Osage culture.”

Imperative Entertainment acquired the rights of “Killers of the Flower Moon” in March of 2016 for $5 million. The director attached to the project is Martin Scorsese and the screenplay has been entrusted to Eric Roth (Forrest Gump, The Curious Case of Benjamin Button), according to IMDb.com. Producers are Dan Friedkin (Dunkirk) and Bradley Thomas (There’s Something About Mary), and the production designer is Dante Ferretti (Sweeney Todd: The Demon Barber of Fleet Street).

Leonardo DiCaprio is the only actor presently associated with the film, although there were media reports in July of 2017 that Robert De Niro was rumored to be playing a lead role. DiCaprio and Scorsese have worked together in the previous films The Departed, Shutter Island, and The Wolf of Wall Street.