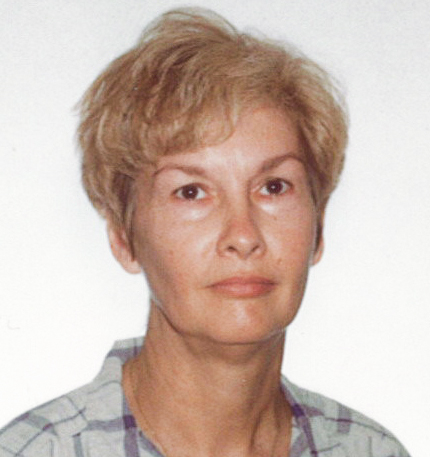 Loretta Antonette Grof was born August 5, 1944, in Pawhuska, the daughter of Rudolph Anton and Geraldine Jacqueline (Mathes) Grof. A graduate of Pawhuska High School in 1962, she attended the University of Oklahoma on scholarship, then later attended Northeastern State University in Tahlequah.

Lori was employed as a flight attendant from 1968-70 for American Flyers Charter Airlines. From 1974-76, she worked as the front office manager at the Mayo Hotel in Tulsa. In 1981, she began working as a reporter-photographer for the Pawhuska Daily Journal-Capital, where she was later promoted to managing editor. She also worked as a reporter for the Tulsa World and Skiatook Journal.

Lori was a member of the Immaculate Conception Catholic Church of Pawhuska.

Surviving are her sisters Cassie (Grof) Roberts of Pawhuska and Janice (Grof) Scales of Chapman, KS. She is also survived by several nieces and nephews. Lori was preceded in death by her mother and father.

Rosary will be recited on Monday, June 25, 7 p.m., at Kendrick McCartney Johnson Funeral Home. Mass will be offered Tuesday, June 26, 10 a.m., at the Immaculate Conception Catholic Church. Father Sean Donovan will officiate. Interment will be in the Pawhuska City Cemetery.