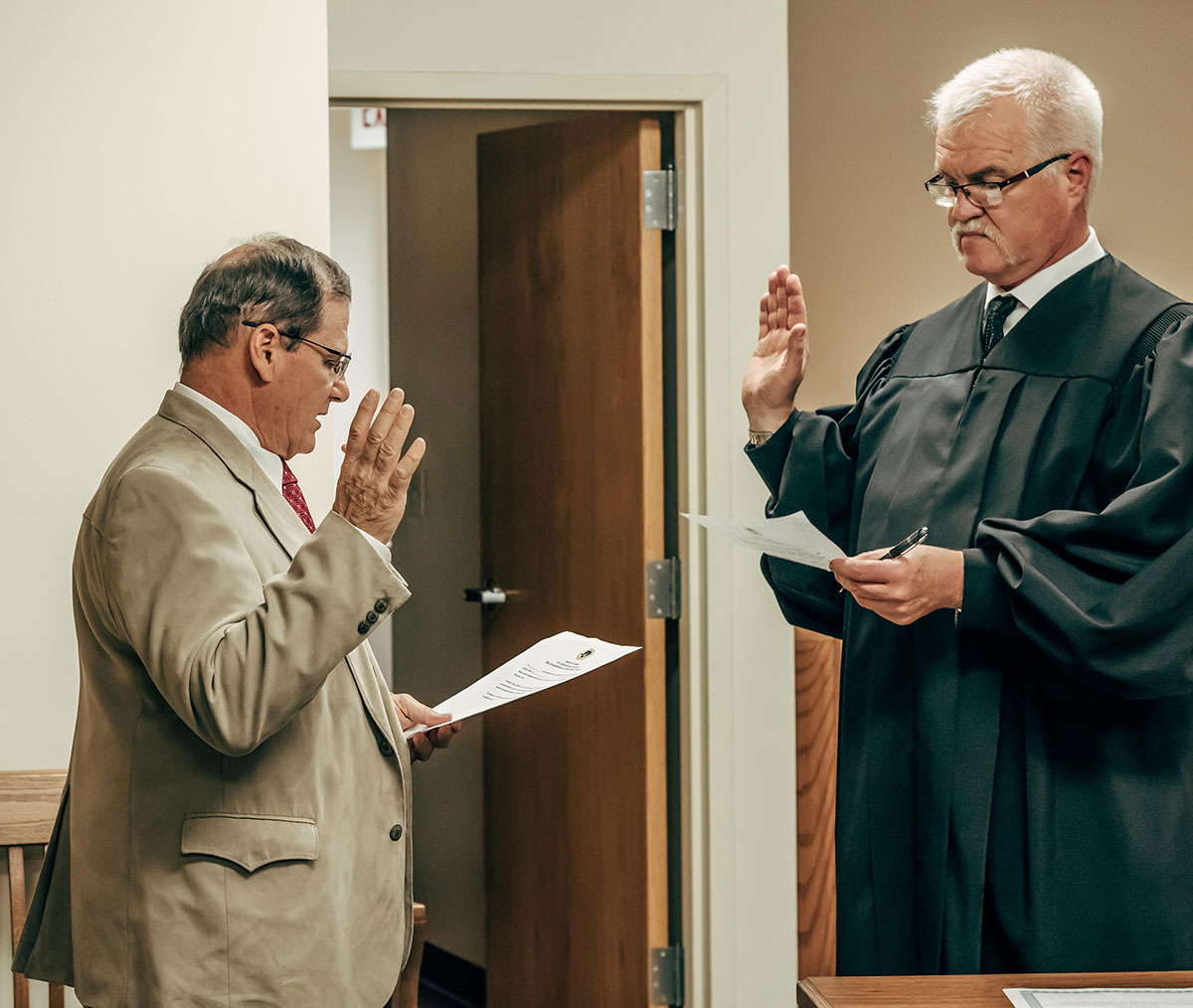 Jim Littleton, who is on a leave of absence with Skiatook accounting firm Littleton, Ruef & Associates PC, is an interim appointee to serve as Treasurer, according to an Oct. 16 executive message to the Sixth ON Congress. Per the ON Constitution, the Principal Chief appoints individuals to the Nation’s enterprise boards, as well as other appointed posts, including the Treasurer.

Littleton’s appointment will be subject to consideration of a confirmation vote by Congress when it meets for its next regular Hun-Kah Session in March 2019.

Littleton’s appointment comes after the Congress failed to confirm former Treasurer Samuel Alexander for a second term during the Tzi-Zho Session held in September.

According to his LinkedIn page, Littleton received his bachelor’s degree in accounting and economics from Northeastern State University. Littleton has served as a shareholder at the Littleton Ruef & Associates firm since 2014.

According to Osage law establishing the Department of Treasury, the Treasurer shall be at least 25 years old, have no felony convictions and shall have obtained a bachelor’s degree with a certified public accountant’s license and degree preferred. If a vacancy occurs in the Treasurer’s post, any person appointed and confirmed to fill that vacancy shall serve the remainder of the post’s four-year term and be eligible for reappointment and confirmation for a subsequent full term.

According to ON Congressional rules on appointments, The appointees will also receive a questionnaire from the respective Congressional committees seeking background information on their professional work experience history as part of the consideration.

The Congressional rules also state: Once a Congressional committee considers an appointee and a report is issued to the Congress, then “any member of Congress may move during the ‘Motions’ portion of a session for a nominee (appointee) interview to be placed on the agenda, or alternatively may move for confirmation consideration of the nominee to be placed on an agenda. The motion is subject to amendment and requires an affirmative majority vote of the members present to pass. Should either of the motions fail, the motion may be reasserted any day until the day before the last regular day of Session.”

[CORRECTION: This article was corrected on Oct. 30, 2018, to reflect that Littleton is on a leave of absence with Littleton, Ruef & Associates PC.]